Whale watchers concerned about compromise to save Northwest orcas

An amended bill to save Southern Resident killer whales now goes to the House floor. 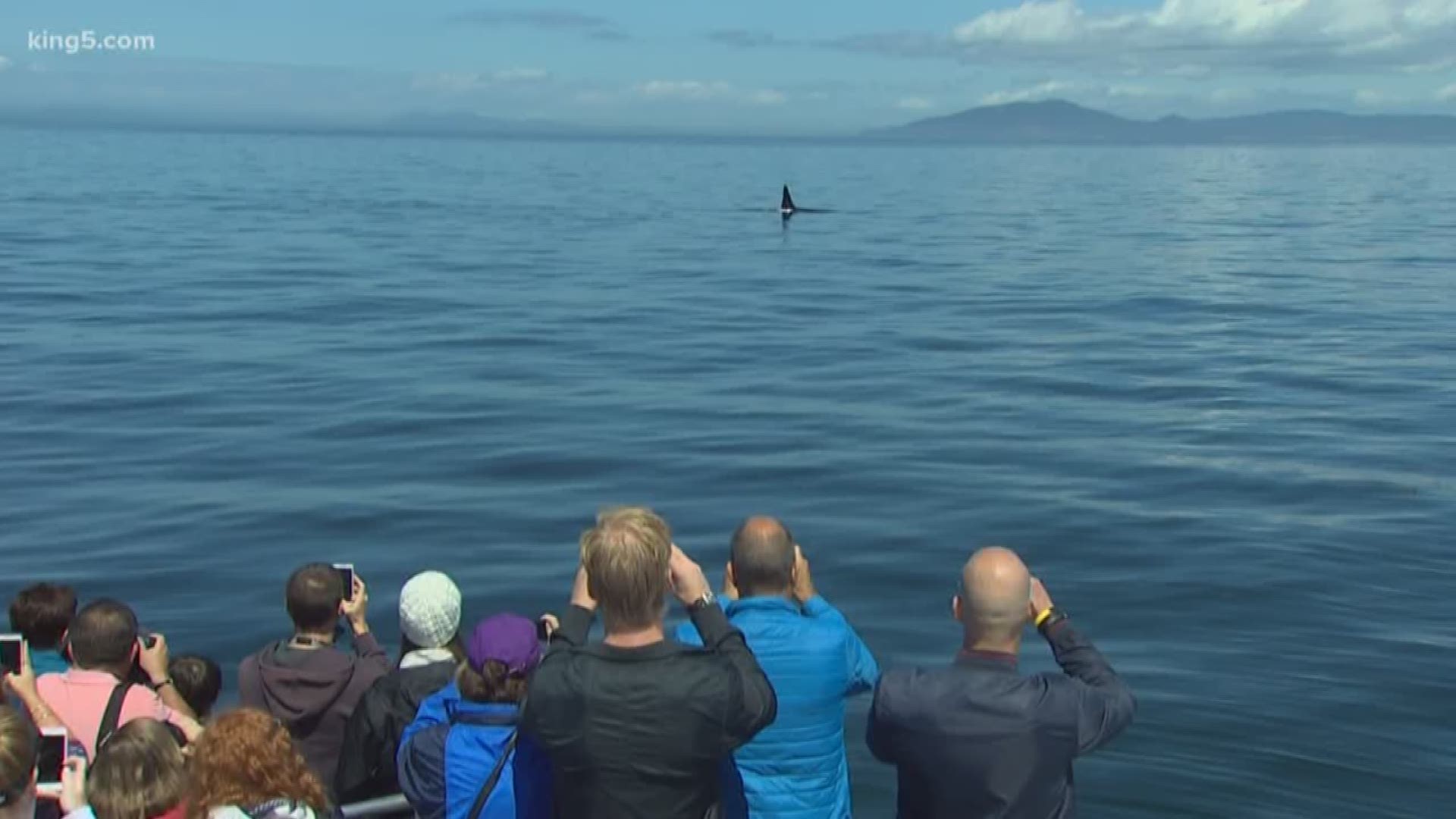 A House committee approved a plan to increase the buffer zone between whale watching boats and Southern Resident Killer Whales.

As Captain Pete Hanke readied his boat for the upcoming whale season, he said the future of the whales and his livelihood are at stake.

"It's been really, really sad to watch the events of the last few years where we see these whales dying off."

There are only 74 of the iconic Southern Resident Killer Whales left on the planet. But only a handful of the remaining whales can reproduce.

A three-year moratorium on whale watching of that specific population is among the proposed fixes.

Hanke said whale watch boats are among the orcas' best protectors, alerting other boats to slow down and steer clear. He believes a 650-yard buffer is too big.

"I think our concern is we'll be so far back there won't be any way to flag people that there are whales in the area."

The whale watching industry ferries a quarter-million people into Northwest waters every year.

There are 20,000 guests aboard Hanke's Puget Sound Express alone. His boat Saratoga is docked in Edmonds.

It's big business and prompted Edmonds Mayor Dave Earling to send a letter to lawmakers urging them to support proposed amendments to a House bill, including a smaller buffer zone.

"It has an economic ripple effect that extends into all the areas you see people spending money, like restaurants, hotels, and transportation," Hanke said.

Another amendment approved by the committee would make violating state whale watching regulations a misdemeanor, punishable by jail time, as opposed an infraction which is akin to a traffic ticket.

The Southern Residents make up less than 15 percent of the whales watched in Puget Sound.

But Hanke fears talk of a whale watching ban may already be doing damage by scaring away misinformed tourists. Worried customers are already calling his office.

"They ask if there's a whale watching ban. Are they gonna be able to go out on their cruise this summer? There are plenty of other whales to see. It's going to be an education process."

The amended bill now goes to the House floor.

The fate of the companion Senate bill is unknown but the committee is scheduled to have an executive session on it Friday.