West Seattle businesses and residents already felt the effects of the state's coronavirus outbreak. The sudden closure of a main access point is a new complication. 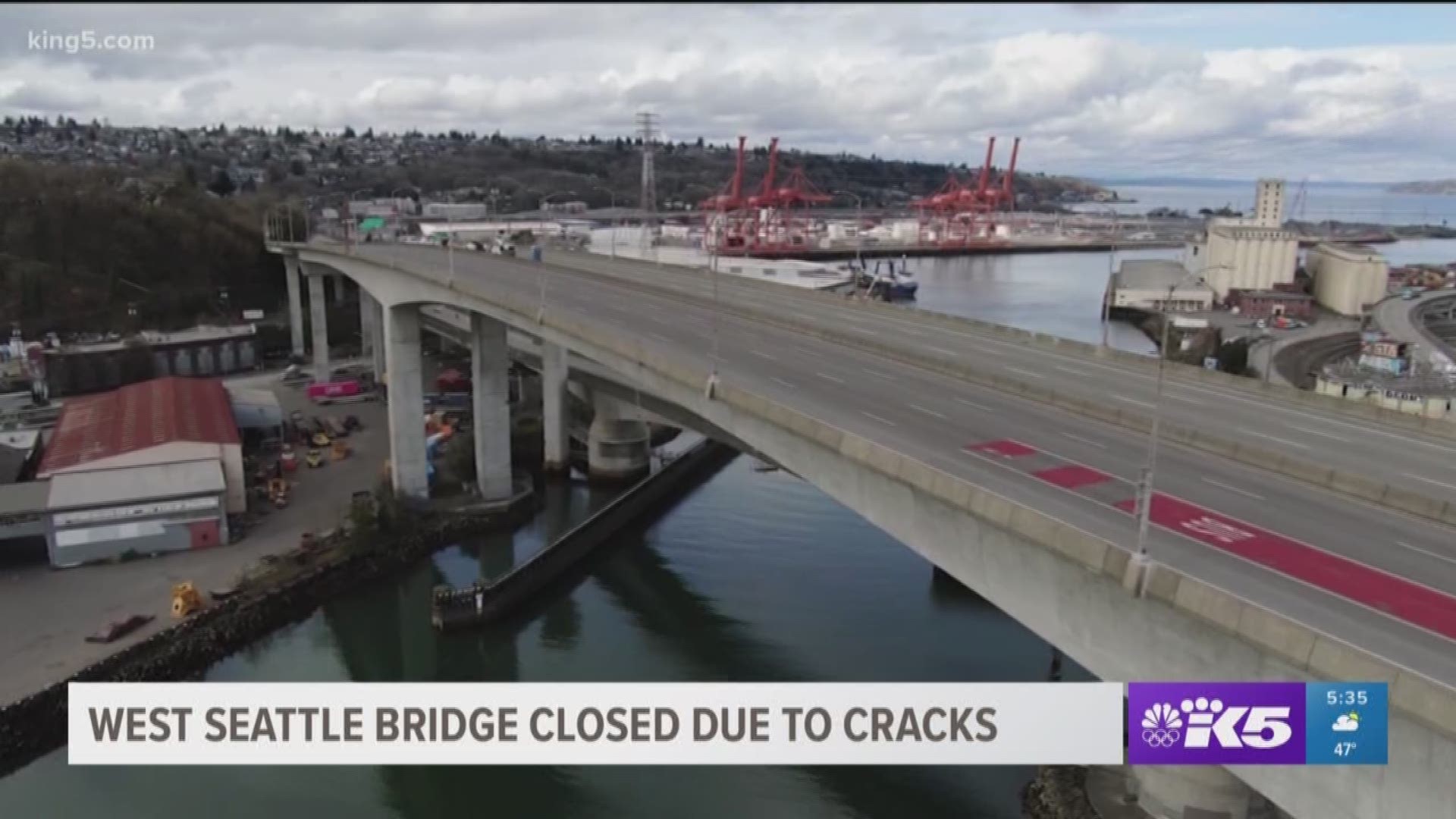 SEATTLE — On the same day Governor Jay Inslee issued a statewide stay at home order to limit the spread of the coronavirus, West Seattle became just a little bit less reachable for an entirely unrelated reason.

“It’s kind of spooky. We were down on the Harbor Avenue, not a soul walking. We saw two bike riders that’s it,” said Sandy Harris, while walking around West Seattle for exercise.

The West Seattle Bridge closed at 7 p.m. Monday after an inspection over the weekend revealed cracks were spreading faster than anticipated, prompting a complete closure, according to Mayor Jenny Durkan's office.

Stu Hennessey is still going to work because his bike repair shop, Alki Bike and Board, is considered an essential business. He said he's selling and renting bikes to people who plan to cross the Spokane Street Bridge by bike.

Spokane Street currently only open to vehicles run by transit, first-responders or freight.

The other option for commuters is for eastbound traffic to use the First Avenue South Bridge or South Park Bridge. Westbound traffic from I-5 will need to exit at the Michigan/Corson exit to get to West Seattle.

The Seattle Department of Transportation has more information about detours.

“We don’t know what changes are going to occur but we’ve even got calls even before opening this morning to make sure we’re here to help with repairs and I think that’s our big challenge. And I think our big usefulness to keep the bikes running safely during this period when they have to be used to get to downtown and beyond,” Hennessy said.

The closure of the bridge has some businesses that were already struggling due to the coronavirus pandemic now wondering how much more they can take.

“Small businesses are hurting really badly right now many of them are closed, no income, we still have rent to pay,” Hennessy said.

As for the bridge itself, the extent of the damage from the cracking is still unknown. The city has yet to reveal how long the repairs may take.

RELATED: These states have issued stay-at-home orders. What does that mean?