Monday's protest of the death of George Floyd was peaceful, following a night when downtown businesses and city hall were vandalized. 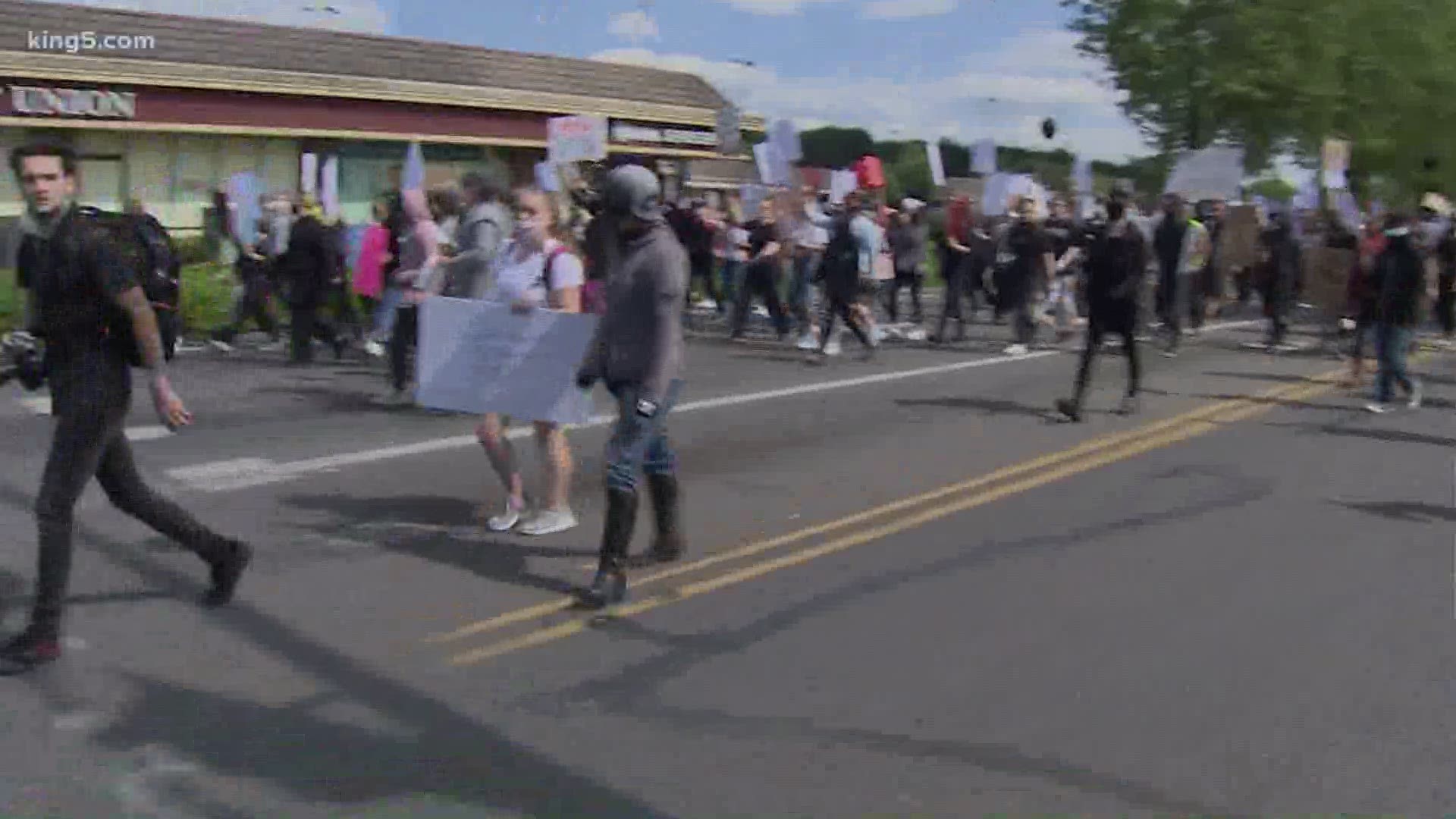 OLYMPIA, Wash. — Protesters in Olympia on Monday out in the city's west end, a business and residential area a bit away from both downtown and the Capitol Campus, where demonstrations are common.

Protesters said they wanted to bring their message against the death of George Floyd and other people of color by police officers to a new audience.

At Olympia’s Sorry Mom Ink, the tattoo artists hope to be back at to work by the weekend.

As the county has moved into Phase 2 of the state's reopening plan, they have been working on installing new sanitary measures to prevent the spread of coronavirus.

On Monday, they and other downtown businesses also took additional precautions to protect storefronts, after vandalism that took place Sunday night.

Olympia police arrested 13 people overnight after they smashed out a front window at City Hall and tagged businesses throughout the downtown core with graffiti.

"We’re a little concerned for the safety of our building," Craig said. "We understand people are angry right now. Rightfully so. We are as well,” Craig said.

"It sucks but it’s not the end of the world it’s peaceful… and that’s what I’m OK with,” said Raven Yamada, manager of The Pet Works.

Still, a lot is at stake for small business owners, and Craig said the boards might remain on windows after Sorry Mom reopens.

While many who work in downtown Olympia say they’re used to vandalism and demonstrations Craig said it feels different this time.

”Our livelihood is in there, we have a lot of valuables in there. We want to make sure it stays safe," she said. "People get angry and it might not be directed at us or at the artists or the owners but they get angry and just smash things and we have to make sure that it’s protected.”