'We will always have him in our hearts': Kent Officer Diego Moreno killed in line of duty 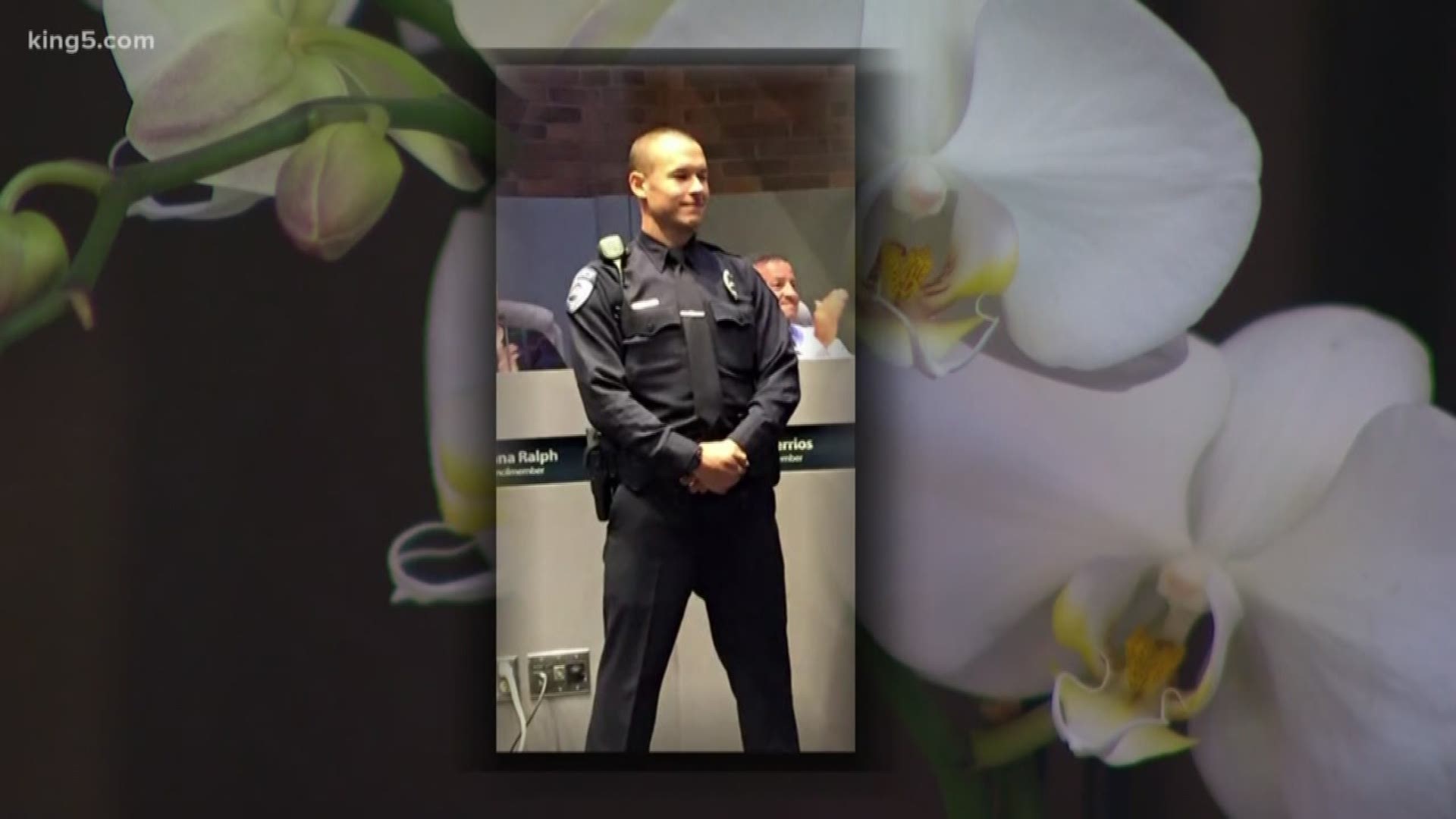 A Kent police officer died after he was accidentally struck by a patrol car involved in an early morning pursuit Sunday. The fallen officer was identified as Diego Moreno, who served with the Kent Police Department for eight years.

“He was the full package,” said Des Moines Police Chief Ken Thomas, who previously headed up the Kent department. “An absolutely top-notch police officer, who would not only work to go out and arrest suspects, but work with the community as well.”

We are deeply saddened by the loss of Officer Diego Moreno. He was part of our family and we will always have him in our hearts. Please continue to keep Officer Moreno, his family, friends, and colleagues in your thoughts and prayers. pic.twitter.com/VVpCsrCy9W

Just before 2 a.m. Sunday, Kent police officers responded to 911 calls of shots fired in the area of Russell Road S. and W. Meeker St. Officers in the area at the time heard the gunshots and noticed a red truck fleeing a parking lot of a Shari's Restaurant. A witness who also saw the red truck indicated the truck may have been involved, so officers followed the vehicle.

This is the red truck the Kent police were pursuing when the accident happened. It rolled over near Kent-Des Moines and Washington St. 516 is closed down to traffic and will be through the investigation. pic.twitter.com/QgCCros1bI

"They tried to initiate a stop and the vehicle fled from them and made attempts to elude them," said Kent Police Commander Jarod Kasner.

Kasner says officers pursued the vehicle to Kent Des Moines Rd., where officers were setting up spike strips at an intersection in an attempt to stop the truck. Officer Moreno was deploying the spike strips and was struck by a patrol car in pursuit of the truck.

Medical attempts were made, but Officer Moreno succumbed to his injuries and was pronounced dead at the scene.

The other officer in the patrol car was involved in a collision immediately after the crash. He was also injured and transported to Harborview Medical Center, where he is listed in satisfactory condition.

The fleeing red truck continued east on Kent Des Moines Road, where it crashed near Washington Ave. One suspect was placed in custody and arrested. Police officers were looking for two other suspects.

These are the bullet casings in the parking lot which initiated the call to Kent Police about shots fired. They’ve also marked several beer cans. This is located at Russell Rd and Meeker St. in a business complex parking lot. pic.twitter.com/SvcHqE0pHp

The investigation continues at the multiple locations in Kent. Washington State Patrol is helping with the accident investigation, while Valley Investigation Team is conducting the criminal investigation in the incident.

"The officer is an eight year veteran with Kent Police; his contributions to our department, and positive impact on his co-workers and the community, have been significant," Kent Police posted on Facebook.

A vigil will be held for Moreno at the Kent Town Square Plaza on Wednesday at 7 p.m.

Meanwhile, authorities were gathering more details on the shooting and events leading up to the crashes.

Credit: Javier, Liza
A Kent police officer was killed after he was struck accidentally by another officer who was chasing a suspect in Kent early Sunday morning. (Photo: KING)

"We're looking for any information we can get to piece this tragic situation back together and hopefully get a positive resolution for everyone involved," said Kasner. 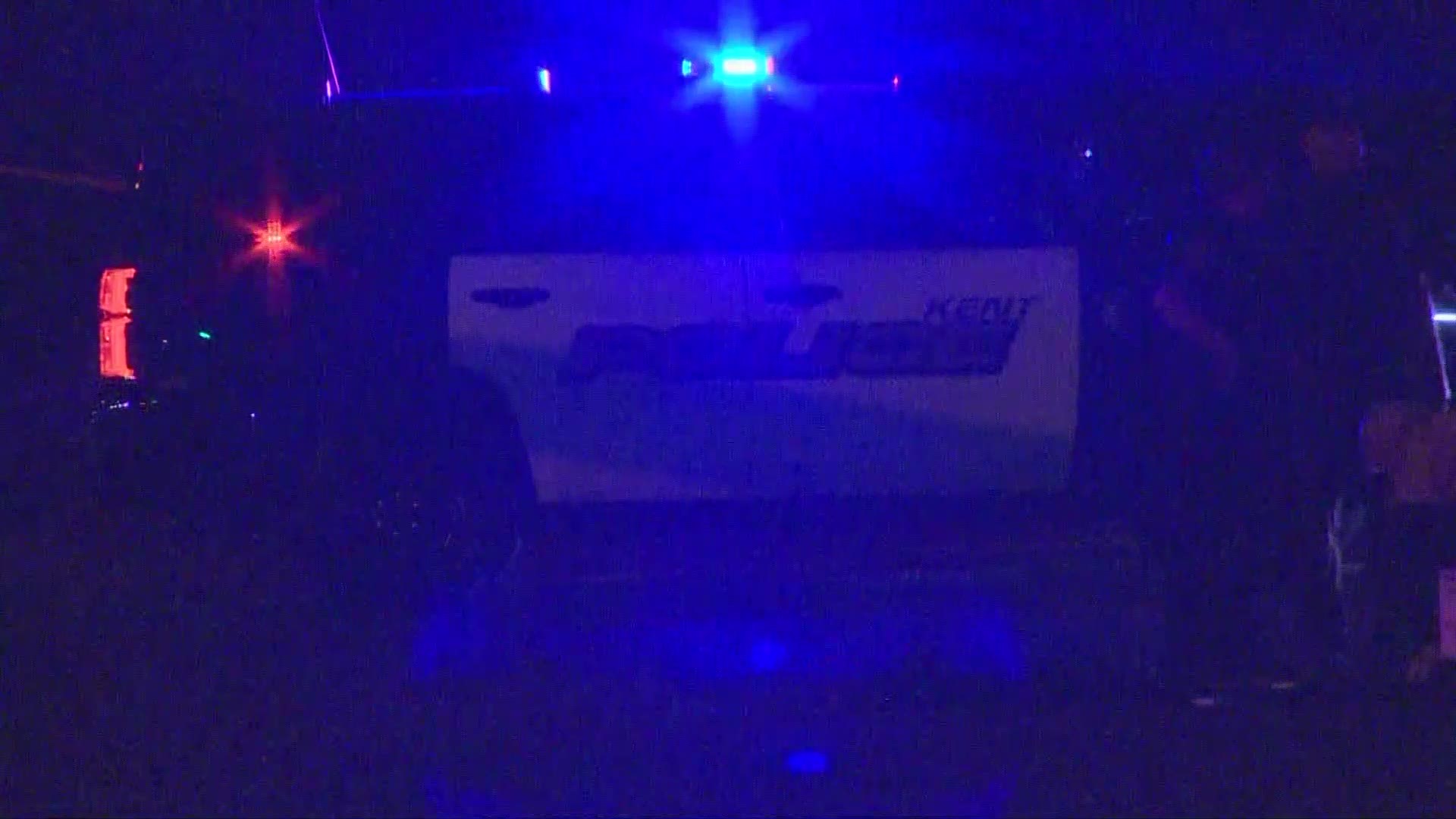 According to the Officer Down Memorial Page, this is the first Kent police officer killed in the line of duty since 1908.

Code 4 Northwest is a free and confidential crisis response network to help active and retired first responders in Washington state. They are available around-the-clock at 425-243-5092. 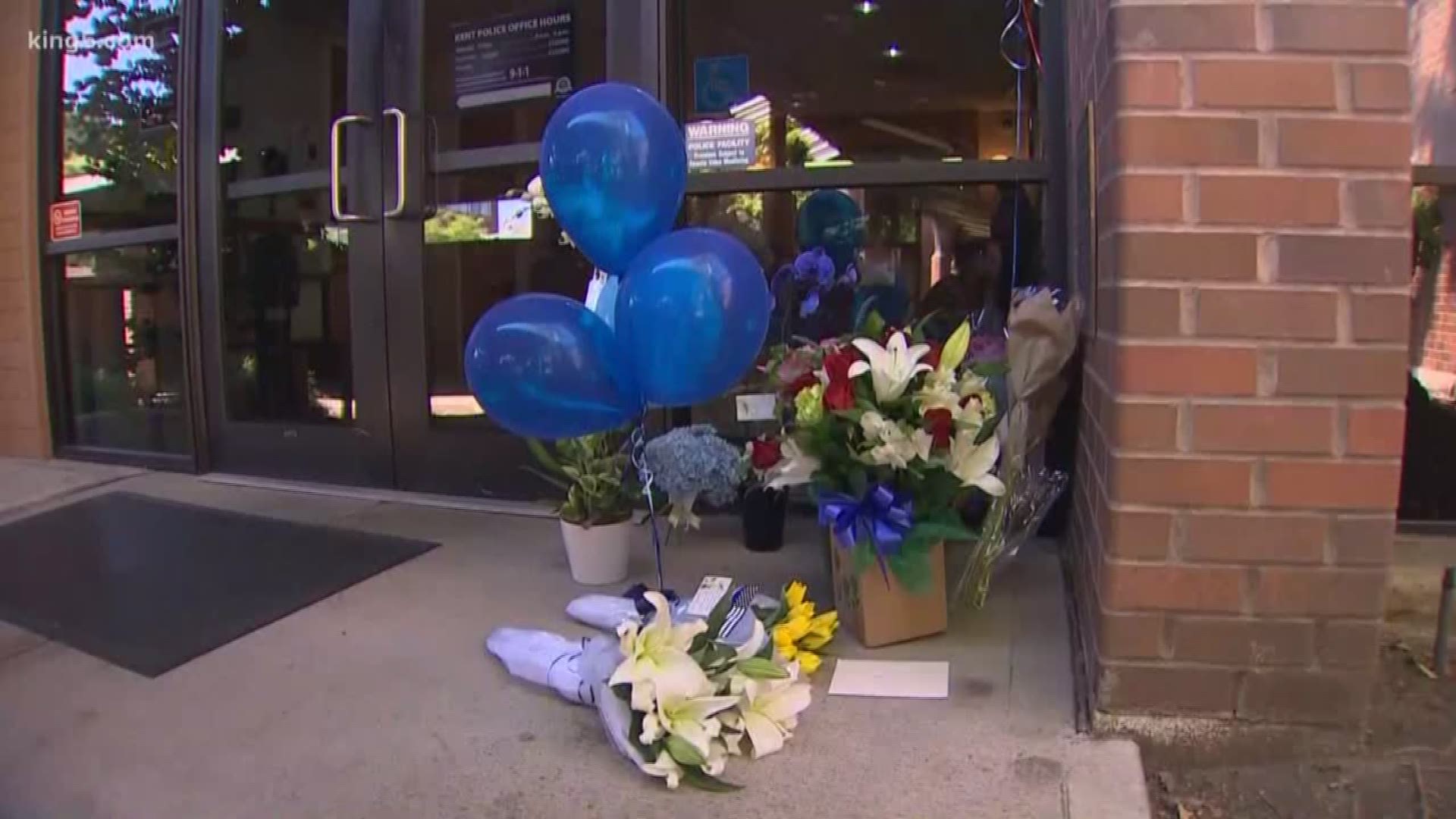