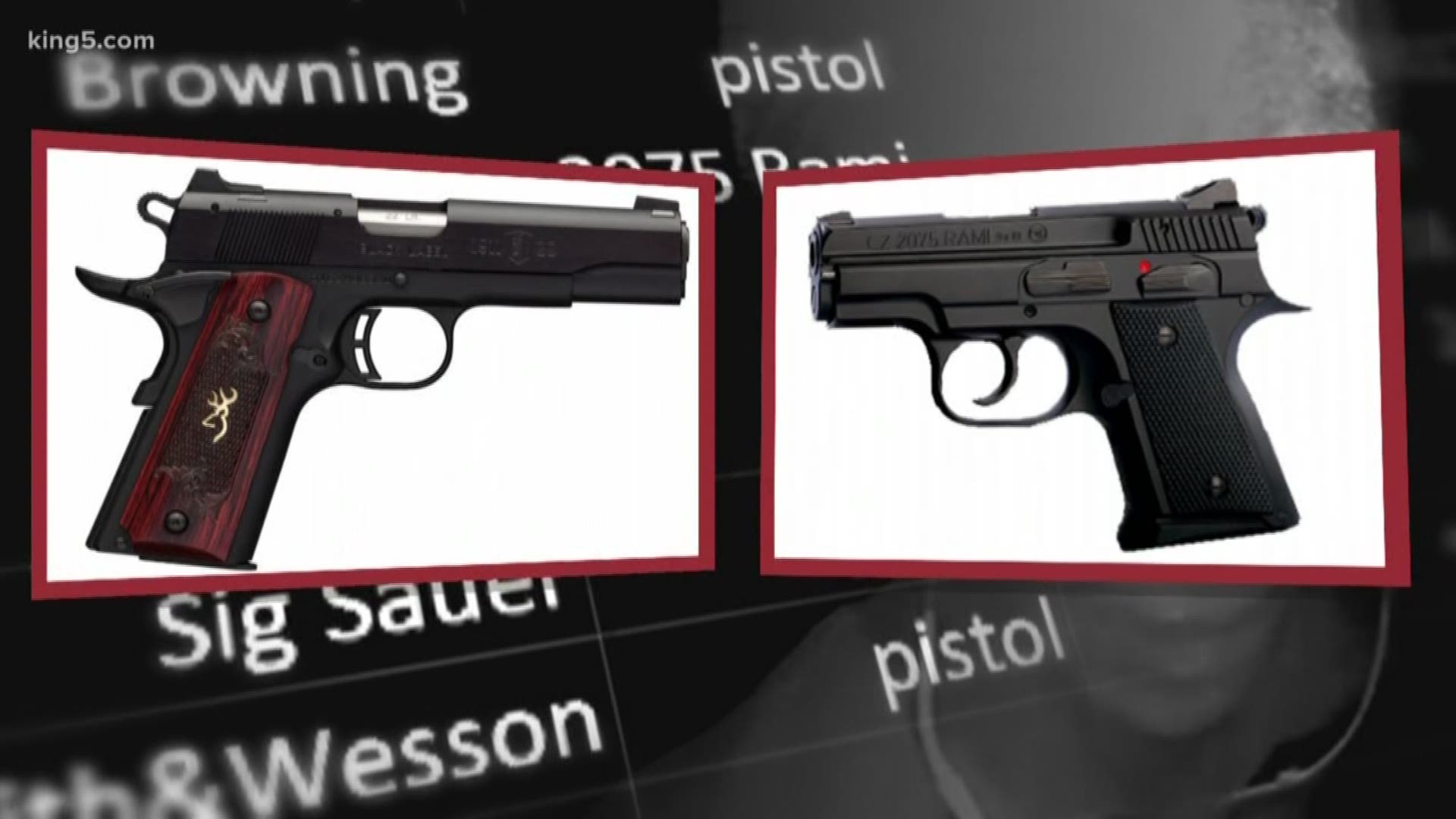 Initiative 1639, passed by voters in November, includes a requirement that purchases of semi-automatic rifles be registered with the state. When this requirement takes effect in July, the mandate is expected to result in more than 120,000 registrations per year being sent to the Department of Licensing.

That database in question already includes information on 4.7 million handgun purchases in Washington state. But the DOL staff charged with updating it are struggling to keep up. Records of handgun purchases are sent to DOL on paper forms, which must then be typed manually into a computer database. Currently, there are 550,000 gun purchase paper forms awaiting manual entry; covering handgun purchases made approximately within the last three years.

That means law enforcement officers who access the database can’t be sure it reflects whether or not an individual citizen has access to guns. Before making arrests or serving warrants, police and deputies often use the state database to look up whether the person they are looking for owns a firearm.

“System is fragile. There is an immediate need to upgrade the database…” a request for additional funding from DOL to the state Office of Financial Management states.

The request says that concealed pistol licenses increased by 45 percent between 2015 and 2016 and pistol purchases grew 26 percent.

The Department of Licensing says it will need $4.1 million to replace the legacy system with an automated firearms database.

The importance of that system is very clear to Seattle residents Joe and Crystal Anderson.

“Our government that’s responsible for protecting us is just being lax about this,” Crystal Anderson said.

Last August, a stranger showed up on the doorstep of the Anderson’s home in north Seattle and tried to break into their house at 4 a.m. The woman tried to reach through the Andersons’ dog door and refused to leave when confronted by Joe Anderson. She then sat on the sidewalk, lit a candle, and drew pictures with a colored pencil until police arrived.

The woman, Katherine Gaudette, admitted to officers that she had a gun in her nearby car but refused to allow officers access to it.

“So then we got really scared and realized there was much more to the story,” Crystal Anderson said.

In court, Gaudette was charged with criminal trespass and ordered to surrender all her firearms to police. She handed over only the Sig Sauer 9mm she had that night at the Andersons’ house.

A check of the DOL’s firearms database later revealed that she owned at least three additional handguns. However, Seattle police records show that two other pistols Gaudette possessed – a CZ Rami 9mm and Browning .22 caliber – did not show up in the DOL’s database.

Because both of those firearms were manufactured in 2015, it is possible that Gaudette purchased them within the last three years. That means the paperwork could be sitting in DOL’s Olympia headquarters, waiting for someone to manually enter the information into the database.

“We need all those backlogged guns to be accounted for,” Crystal Anderson said.

In Gaudette’s case, police learned she owned nine firearms and a silencer after she was evicted by her landlord while she was in jail. The landlord found the guns and a large supply of ammo as he was boxing up her possessions.

When Gaudette was convicted of trespassing on the Andersons’ property, she did not offer an explanation of why she chose their house, except for vague references that she may have had a brief mental episode. She told police that she was searching for a small boy that night – and the Andersons have a 4-year-old son – the Andersons packed up and moved into a rental home, where they continue to live to this day.

They are still fearful of Gaudette, who has finished serving her 150-day jail sentence.

“She was out with a gun, thinking there was a boy in our house, she was delusional. We weren’t taking any chances,” Crystal Anderson said.

Strachan knows the database is controversial because some guns rights groups oppose government efforts to monitor firearms ownership. It’s against the law for the federal government to keep a registry of gun owners. Strachan points out the No. 1 use for the database is to return stolen firearms to their rightful owners. 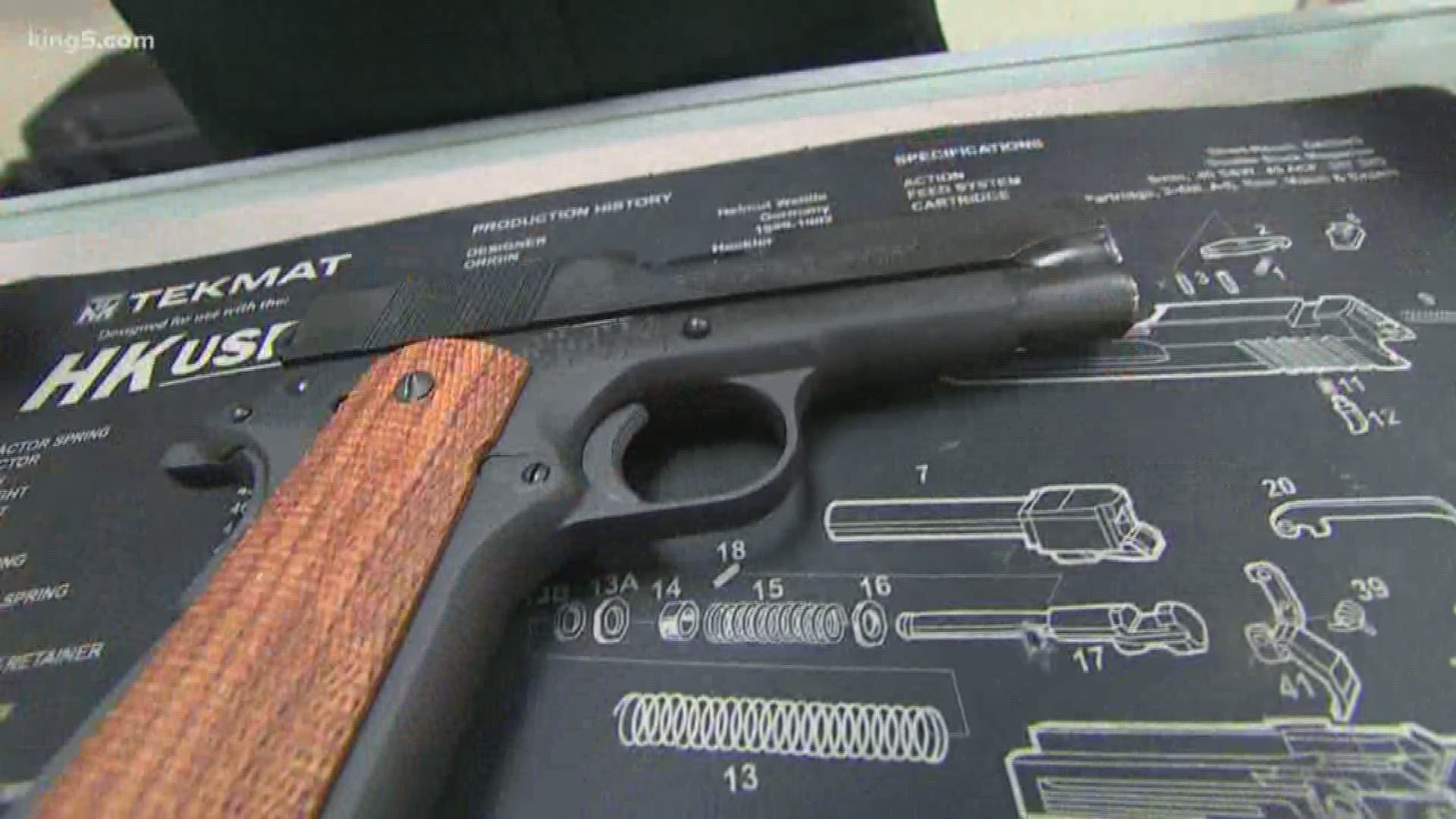