Washington State ferry may have struck and injured whale near Mukilteo

The humpback surfaced feet in front of the ferry, which could not stop, WSF said. Nearby whale watchers said the animal was injured and may have died. 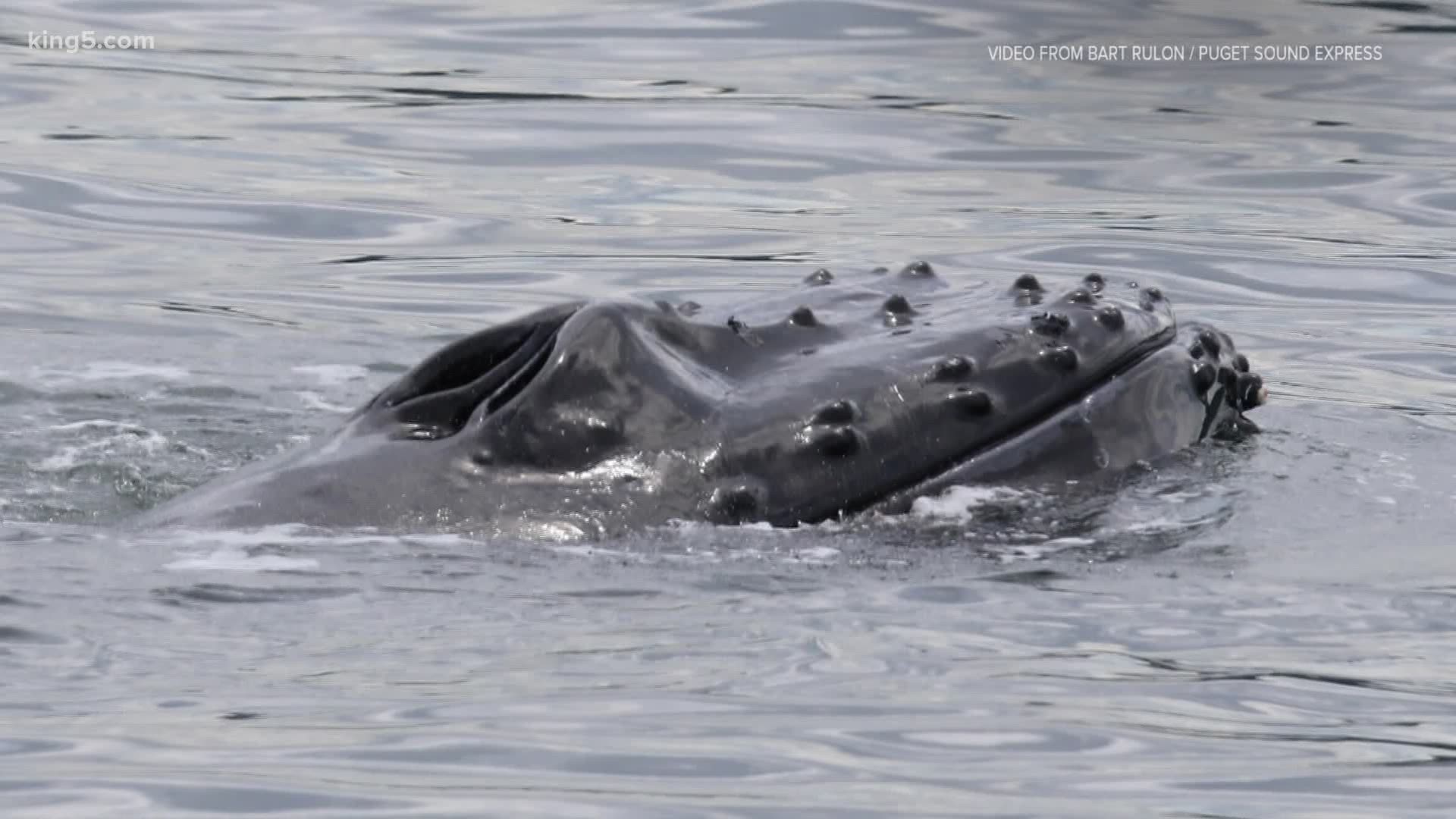 MUKILTEO, Wash. — Washington State Ferries said a humpback whale surfaced directly in front of one of its ships on Monday and may have been struck.

WSF said it is working with the National Oceanic and Atmospheric Administration (NOAA) to review photos and videos of the incident, which show a disoriented juvenile humpback in the water near the Mukilteo Ferry Terminal, minutes after it was possibly hit by the ferry Tokitae.

A video shot by Ariel Yseth, who was on the Puget Sound Express Saratoga, a whale-watching boat, shows the whale taking a few breaths and then sinking beneath the surface.

“We never saw the animal after that,” said Christopher Hanke, captain of the Saratoga.

Photos shot by Bart Rulon, a naturalist who was also on the Saratoga, show a gash in the whale’s flesh and scuff marks on its side.

Hanke said he earlier spotted a pair of humpbacks near the ferry dock, so he picked up his radio and alerted nearby ferries, which acknowledged the alert, but it may have been too late.

“We saw one of the whales come up feet in front of the ferry. Pretty sure we observed a strike,” he said.

The Pacific Whale Watch Association said it believes the video and photos show the whale taking its final breaths.

The organization said it is trying to identify the animal. Most of the humpbacks in the region are known, named, and cataloged, the association said.

Anyone with information about the possible strike is asked to contact the West Coast Marine Mammal Stranding Network at 866-767-6114.