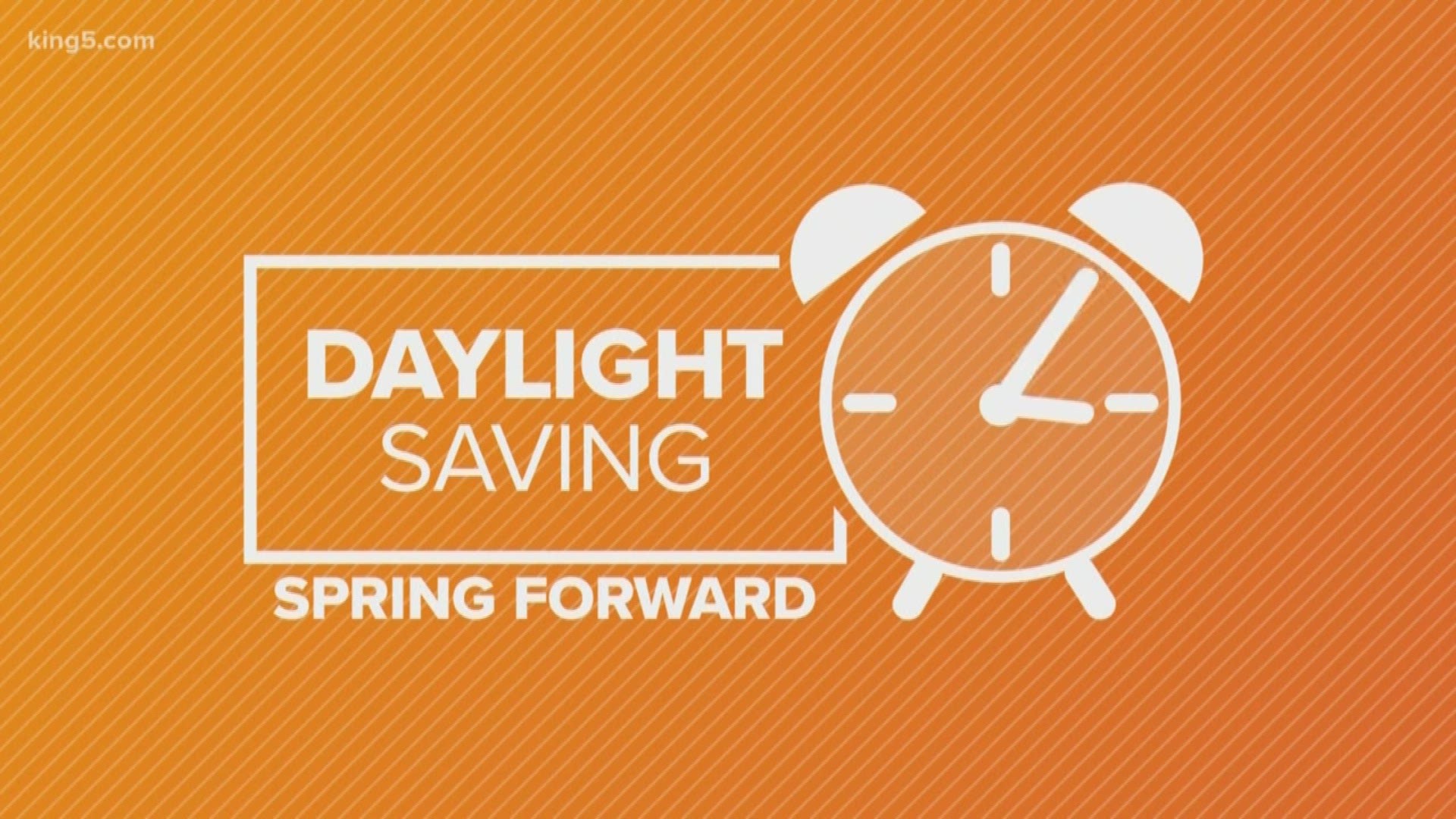 The State House passed another similar measure last week that is now back in committee in the Senate for discussion.

Senate Bill 5139 was approved by a vote of 46-3 and now heads to the House for consideration.

The two bills are similar with the exception of differing effective dates and referendum requirements. Under SB 5139, voters would need to approve the measure at the next general election.

RELATED: 'How is this still a thing': Washington lawmakers call for end to time changes

Although the measure has come up in the state legislature before, moving to Daylight Saving Time permanently has gained more traction than in year’s past. A spokesperson for Sen. Jim Honeyford, who sponsored the Senate bill, called it a “milestone” for Daylight Saving Time bills.

Supporters of the measure argue that it would time changes are detrimental to our health, crime would be reduced by more daylight in evening hours, and the bill would remove inconvenience and confusion from time changes. Critics say safety would be compromised for children going to school in the dark in the morning and energy bills would spike, because it’s colder predawn than in early evening.

However, even if Washington lawmakers and even voters approved ditching time changes, it wouldn’t go into effect unless Congress were to allow it. The 1966 federal Uniform Time Act allows states to observe Standard Time year-round, but not Daylight Saving Time.

Three lawmakers have introduced a federal bill that would make Daylight Saving Time permanent across the country.