Washington pilot accused of flying while drunk in Nevada crash

Ryan Dashiell, 41, was arrested for suspicion of operating an aircraft while under the influence. 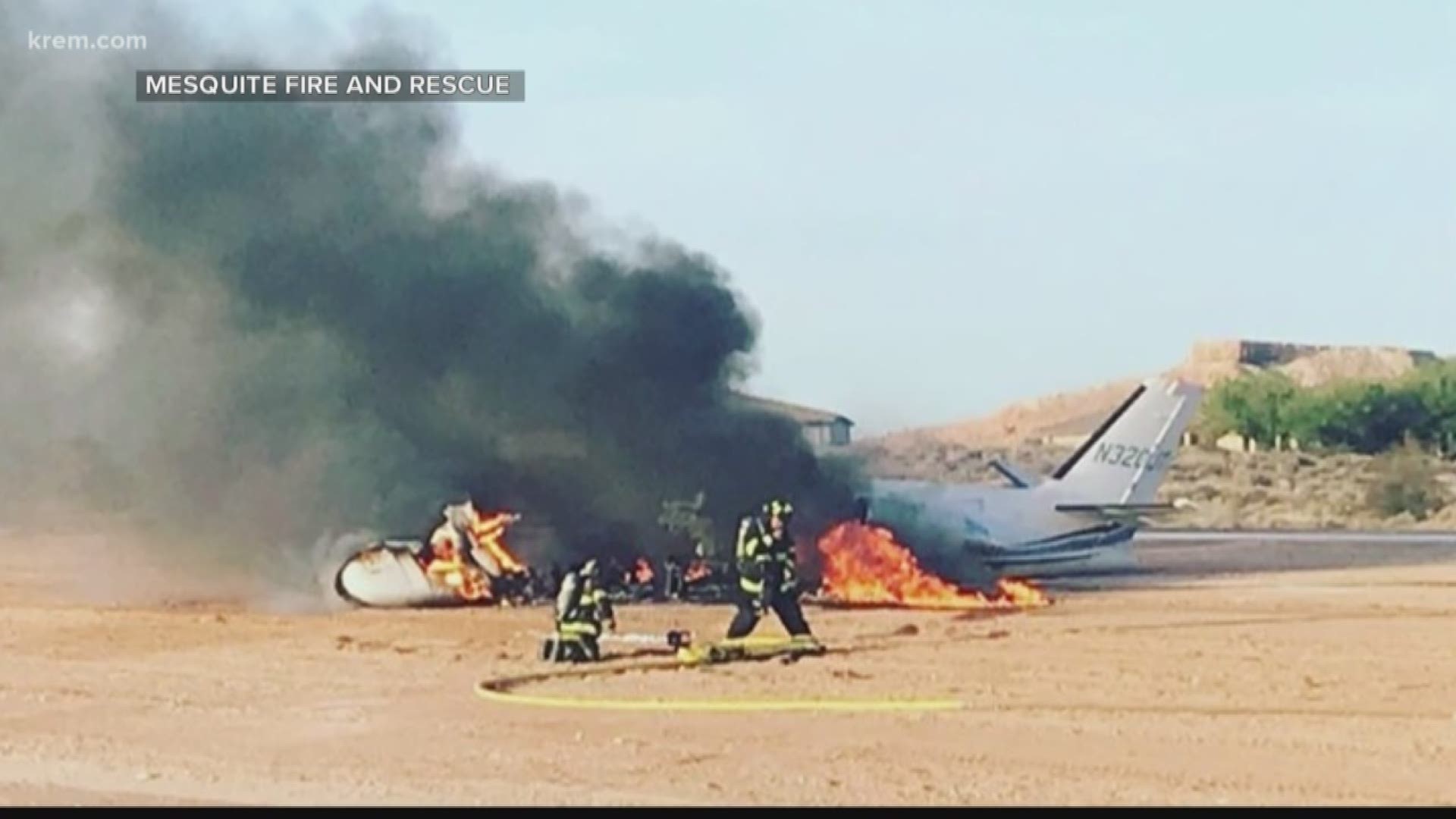 MESQUITE, Nev. — A Spokane man was arrested on Wednesday after a plane he was piloting crashed at a Nevada airport.

KLAS-TV in Las Vegas reports that authorities say the pilot, identified as 41-year-old Ryan Dashiell of Spokane, was trying to land the plane when it crashed at Mesquite Municipal Airport.

Mesquite Fire and Rescue extinguished flames from the crash.

KLAS-TV reports that Dashiell was taken to the hospital but escaped serious injury in the crash of the Cessna 550.

Officers then arrested him for suspicion of operating an aircraft while under the influence of intoxicating liquor, which is a gross misdemeanor in Nevada.

Jail records do not reflect if Dashiell has an attorney.

The National Transportation Safety Board and FAA are investigating the cause of the crash.

Credit: Mesquite Fire and Rescue
The plane crashed at the Mesquite Municipal Airport.