'The best moment of my life': Oregon horseback rider, her dogs find toddler who vanished in the woods

Iris Nix, 2, and her grandma were hiking in Molalla when the little girl ran ahead and got lost. 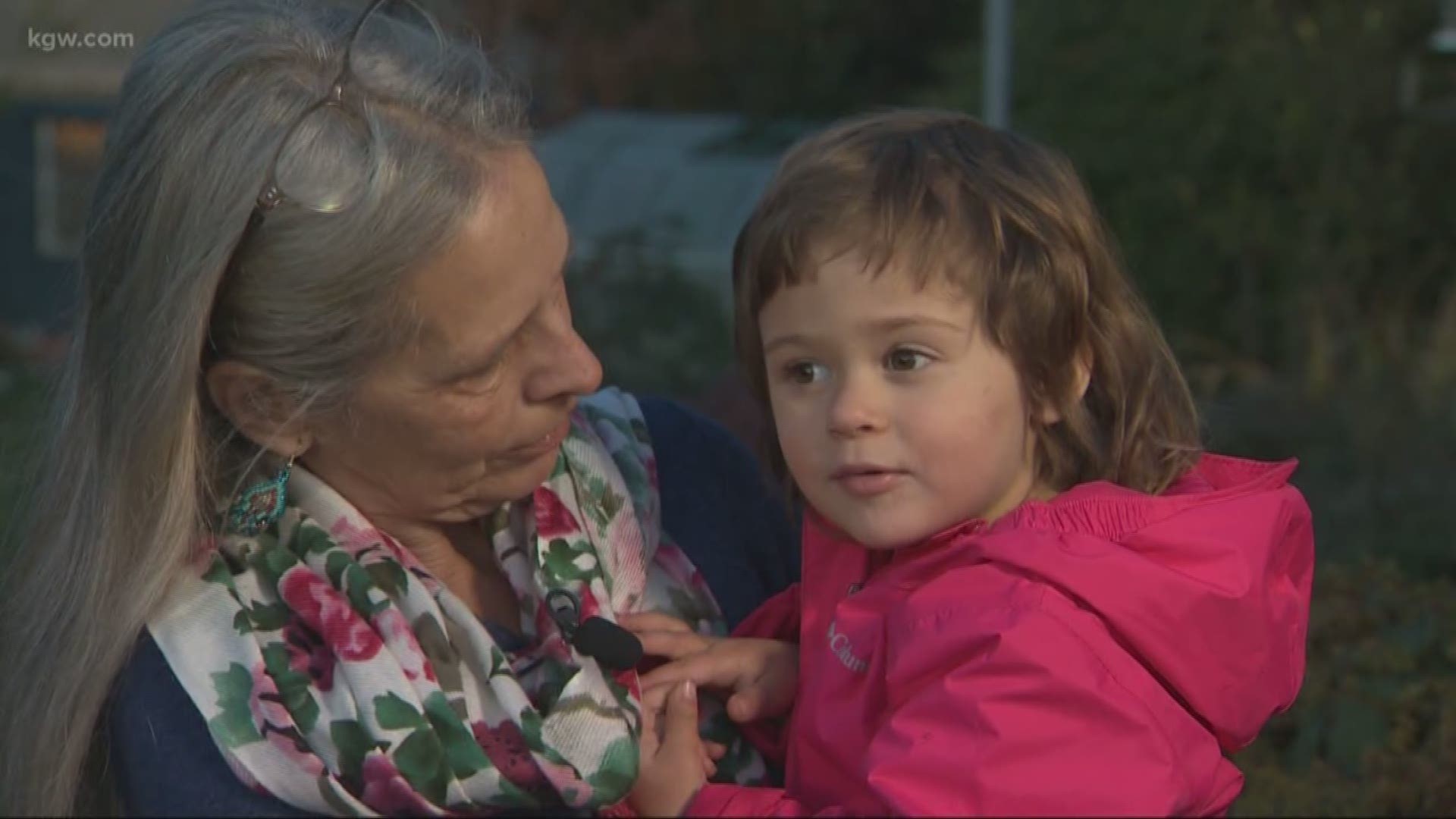 The toddler, Iris Nix, was walking through the woods with her 4-year-old sister, grandma Gayla Jay and their two dogs. Part way into their walk, Gayla said Iris started running.

Gayla said the trail split into multiple directions and she didn't know which way Iris went.

“I was very worried and very scared,” said Gayla.

For 20 minutes, Gayla called out to her granddaughter.

"Iris told me that she had been calling me too, and heard me calling her, but I couldn't hear her because she was so close to a creek,” recalled Gayla.

With no cell service, Gayla went to the road and flagged down strangers. Several loggers stopped, called 911 and joined the search. Clackamas County Sheriff's deputies closed the road. That's when Tammy Stevens happened by on her horse, "Bo." They were with Tammy’s two Australian shepherds, "Maddie" and "Wilson." Soon, they were searching for Iris as well.

“Where they were was really dangerous,” said Tammy, who’s familiar with the area.

Tammy broke away from search crews and followed her gut.

It was little Iris. Tammy could hear her, but she couldn't see her. Iris was perched on a steep incline, 70 feet above her.

“I said ‘Wilson, go find her!’ And he's just bounding, it's straight up and he's just leaping,” said Tammy.

Tammy tied Bo to a tree, then climbed and pulled her way up the hill.

“I just followed Wilson and he was just laying with his little front paws on Iris’ lap. She had her little hand on him and she was crying, just sobbing, and oh God,” said Tammy through tears. “It was the best moment of my life.”

With Iris in her arms and Bo, Maddie and Wilson in tow, Tammy started hiking back to the staging area. Along the way, she met a logger named Dave. He helped carry Iris and radioed deputies from his logging truck.

“We were having juice on the picnic table when they showed,” said Tammy.

Soon, Iris was back in her grandma Gayla’s arms.

It was the end of a two-hour adventure and a day none of them will ever forget.