Surveillance footage shows an SUV ram into Mighty-O Donuts in downtown Seattle on Wednesday. Two people were taken to hospital after the crash. 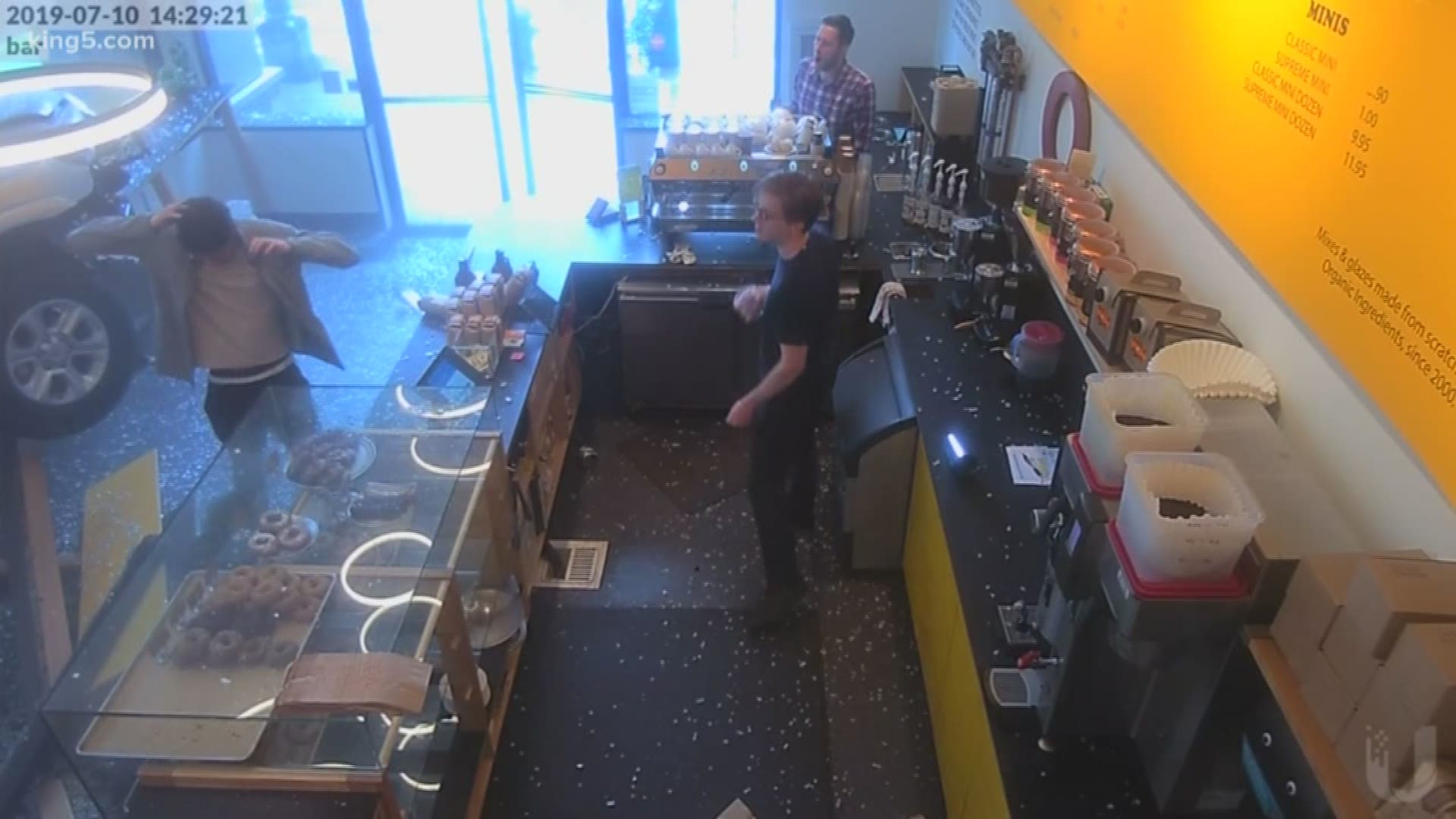 SEATTLE — An SUV slammed into Mighty-O Donuts in downtown Seattle on Wednesday afternoon.

Surveillance footage from inside the shop shows several customers waiting near the counter at about 2:30 p.m. when the SUV rammed through the storefront, spraying glass across the shop.

The driver had minor injuries and was taken to Harborview Medical Center. One person inside the shop was also taken to the hospital. 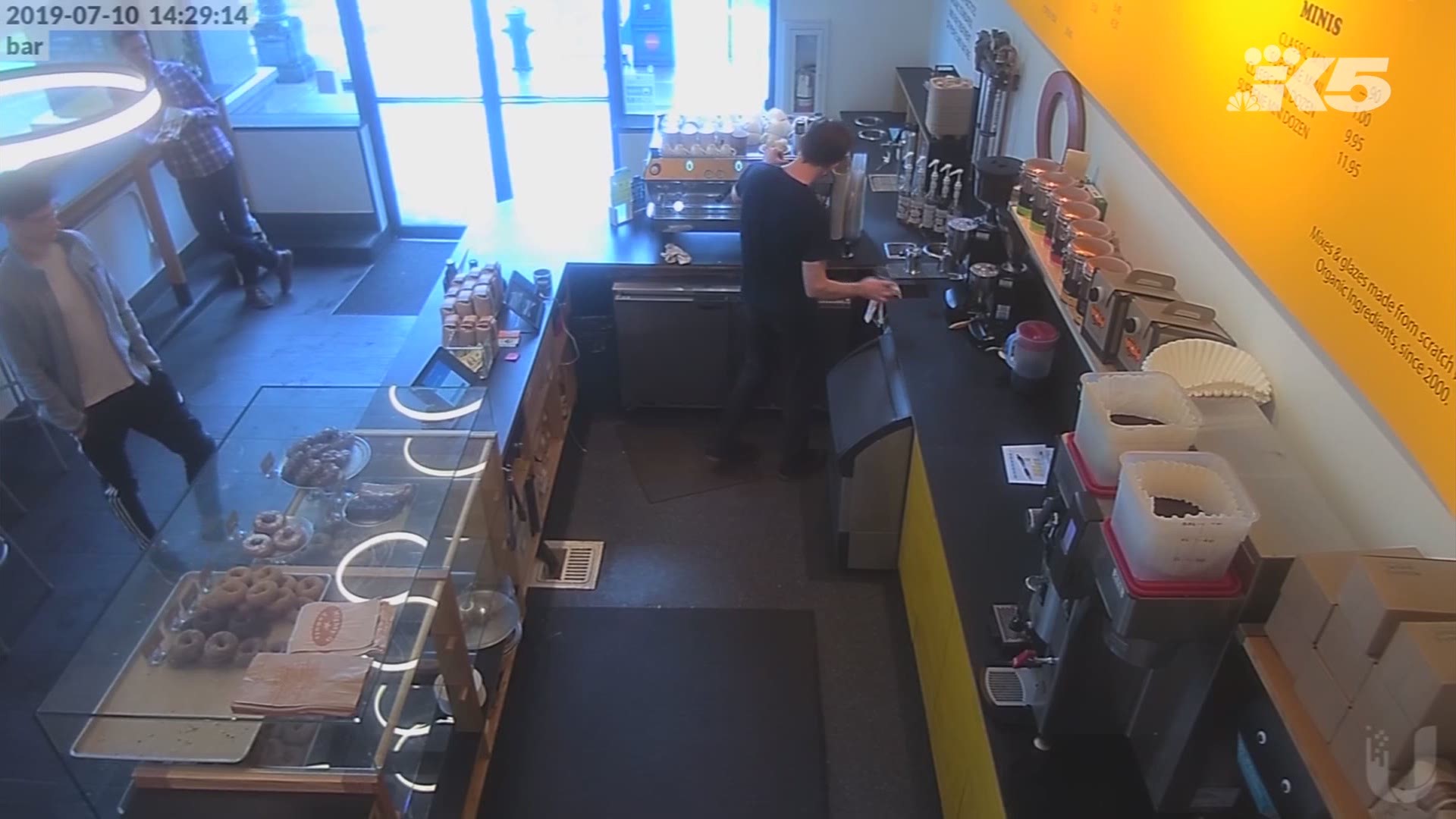 Mighty-O’s downtown location, which is located at Second Avenue and Madison Street, will be closed for several days while workers repair the damage.

“We hope those injured recover quickly,” the company tweeted.