A section of S. Jackson St. east of Alaskan Way will be closed for weeks while crews demolish one of two remaining sections of the viaduct. 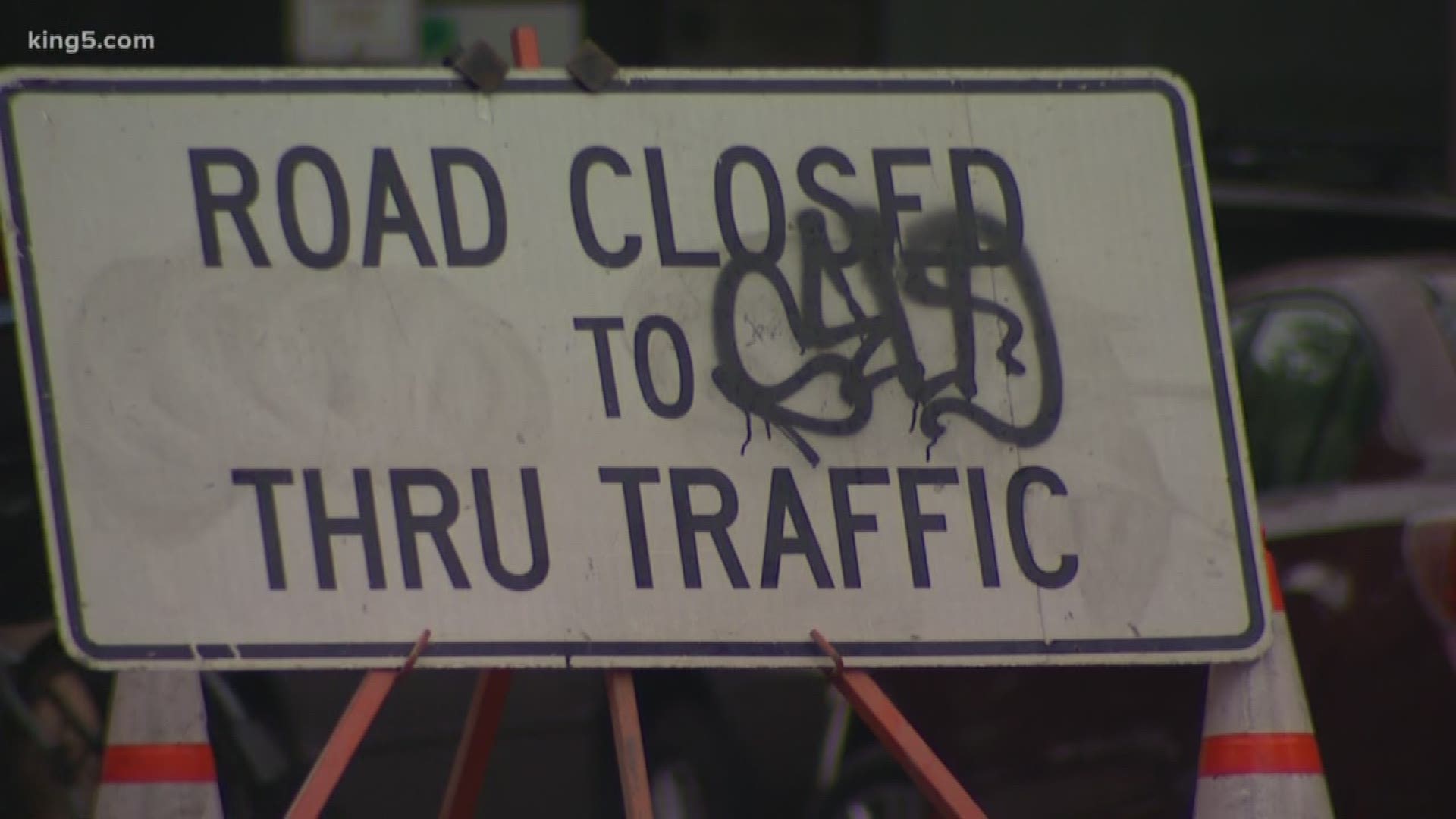 A section of S. Jackson St. east of Alaskan Way will be closed for weeks while crews knock down one of two remaining sections of the viaduct.

S. King St. at Alaskan Way and Yesler Way at Alaskan Way are now reopen, providing some relief for drivers who have had to navigate detours since demolition began in February.

Demolition was 82% complete, WSDOT said Tuesday, and their goal is to be finished along the waterfront by the end of summer.

Initially, the closures caught drivers off guard since many GPS units and apps didn't reflect the detours.

Drivers trying to reach ferries will still be able to enter Colman Dock through the S. Jackson St. entrance by taking a left or right off Alaskan Way.

Demolition crews are working on both ends of a section of viaduct stretching from S. Jackson St. to S. Washington St.

They are almost done removing a portion of the viaduct which stood inches away from a glass building at 450 Alaskan Way. For safety reasons, crews worked slowly, cutting the concrete and lifting it away with a crane, WSDOT said.

Another section of viaduct still stands farther north near Virginia St. That will be the last piece to come down in late summer, WSDOT said. 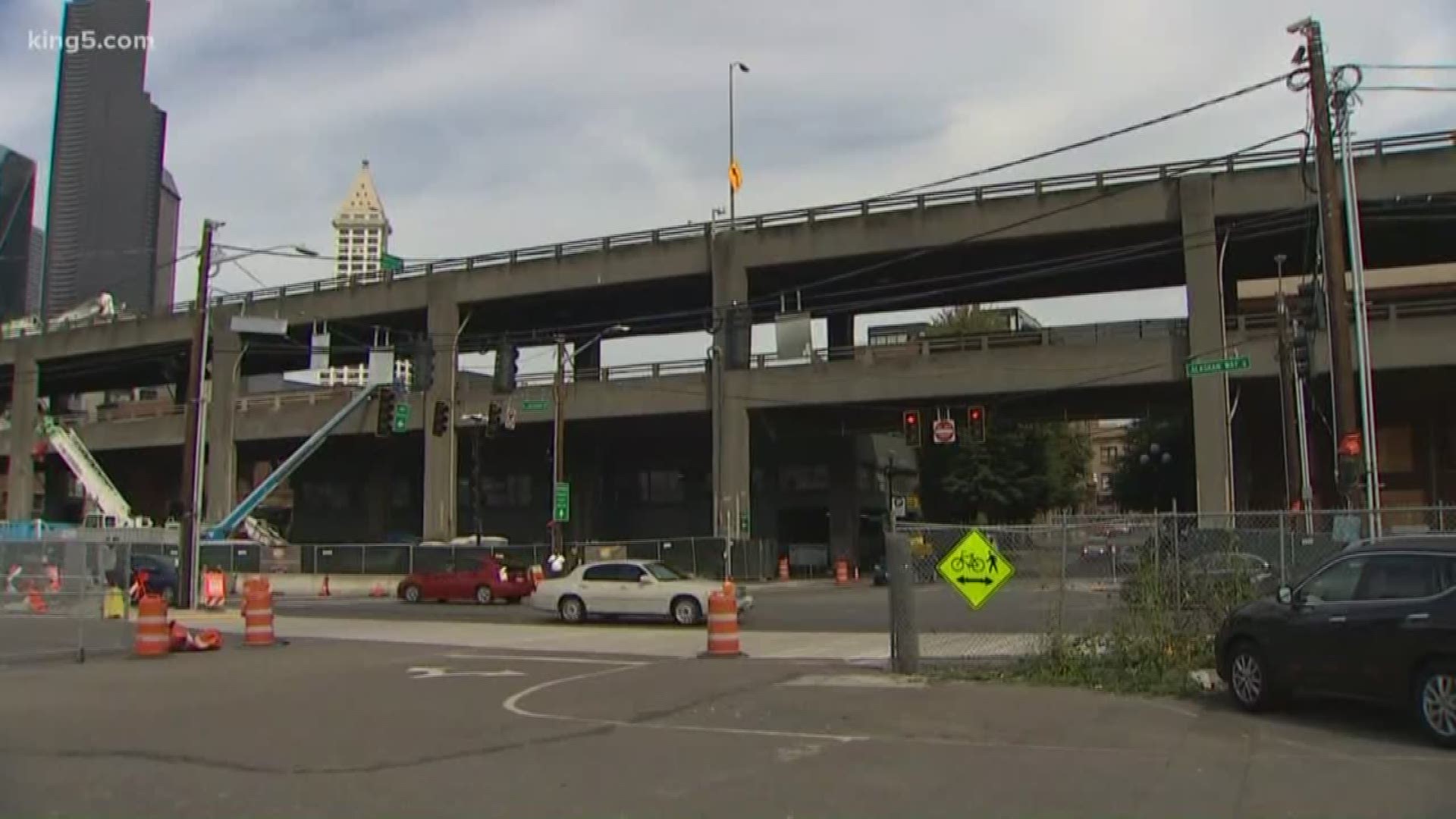