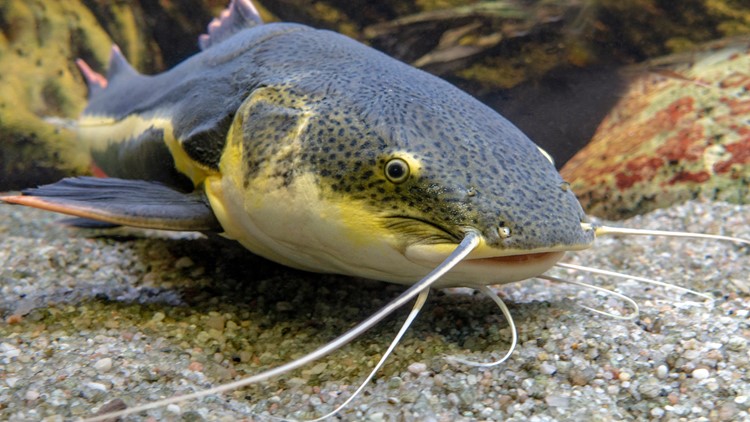 VERIFY: Video of man catching catfish with eggs and toothpaste is staged

The video starts with a man dumping a raw egg into a small hole in the ground filled with water. Then, he adds toothpaste and stirs the concoction together. Before long, his efforts are rewarded with fish. Lots of them. He reaches into the hole and grabs one after another as they peek their heads out of the water in search for air.

The video has been viewed on Twitter more than 2.4 million times. Although it was originally posted on Twitter in January, it earned increasing attention this week.

Some users tried to explain the video. One such proposal suggested the egg was bait and the toothpaste suffocated the fish.

Still, something about the video seemed fishy. Why are there fish in such a small hole in the ground? Where did it come from? Could this method of fishing actually be effective?

For people hoping to catch an easy seafood dinner, the answers may be disappointing.

Is this video real? Is it possible to catch catfish with eggs and toothpaste?

The video, according to its original creators, is staged. It’s unlikely this technique would actually be useful in catching fish in a real world scenario.

The original video was posted in November to a YouTube channel called Technique Tools. The eight minute long fishing tutorial was seen more than three and a half million times on the platform.

The description of the video tells the viewer everything they need to know about the video’s authenticity. “Toothpaste and eggs can't react or make the fishes come out, all fished come out by pushing behind the video at the left side. Why do we make this video? We only want to make this video for fun, just for entertainment purpose.”

As the description states, the video was staged. The fish weren’t naturally found in a small hole in the ground, they were pushed into the hole off-camera.

In fact, the YouTube channel is full of videos similar to that one. The account's most viral video, also from November, depicts a similar scenario except with Mentos, Coca-Cola and eggs instead of toothpaste and eggs. Other videos show various fish, eels, snakes and even crocodiles being fished out of holes using similar tools.

Holes on land away from water bodies filled with fish like depicted in the video are not common. Even in the case of deep hole fishing, the holes are built in a way that the fish can be captured without any extra tools because there is nowhere for them to escape.

Noodling, the name given to the American practice of catching catfish with your bare hands, is typically done inside bodies of water.

While catfish are known for taking a wide variety of bait and catfish do surface for air when there isn’t enough oxygen in the water, it’s unlikely you will find catfish in a small water body. It's also equally unlikely that a single tube of toothpaste can deprive them of oxygen.