VERIFY: Here's the basics of the food supply chain amidst COVID-19

News outlets have reported on a possible food shortage in the United States. However, it's not so clear cut like it sounds. 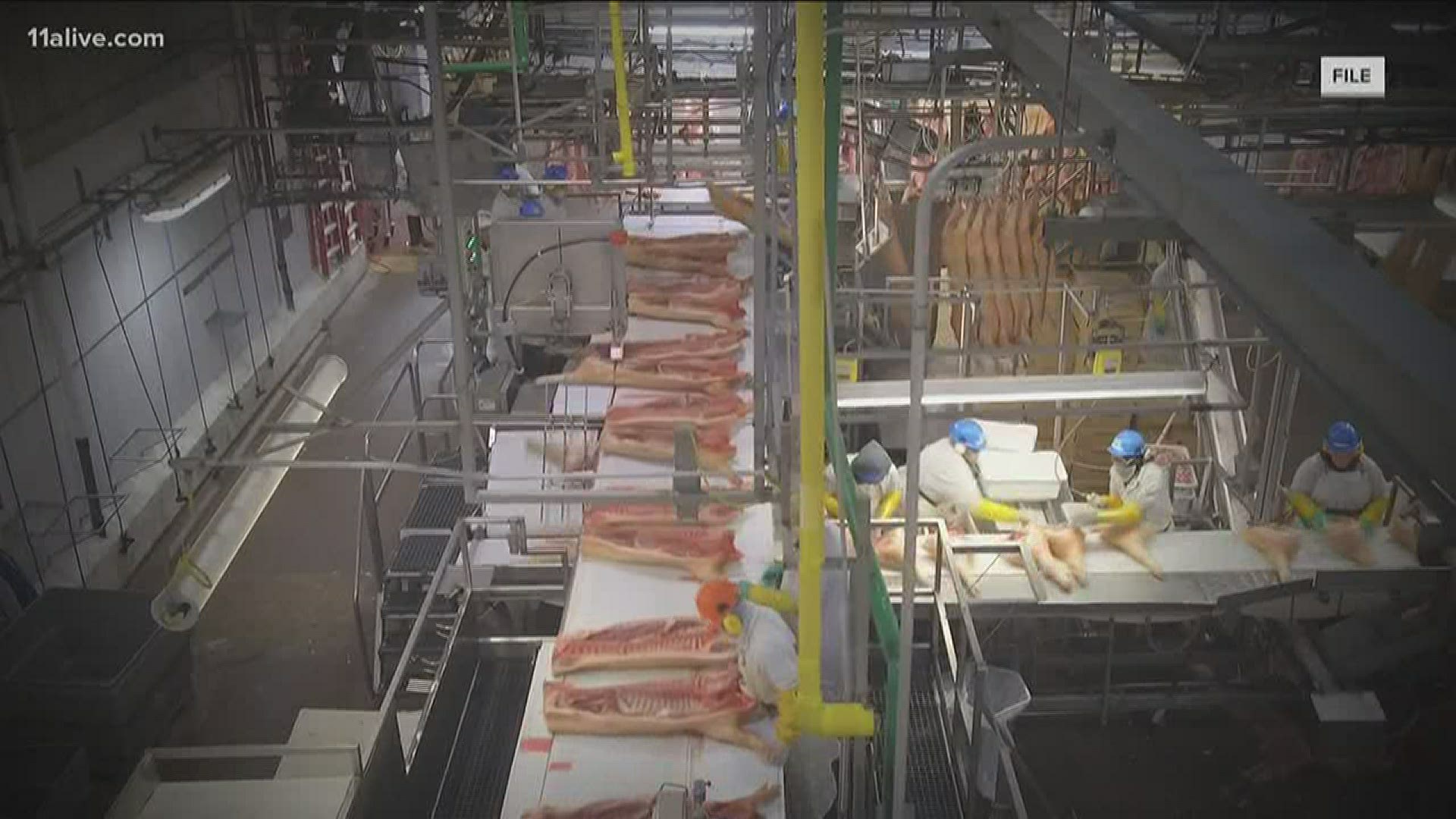 There have been a number of news articles in the past couple of weeks reporting concerns over the food supply chain in the United States.

Headlines have said the closing of processing plants could lead to a food shortage in the United States. Some have even said grocery stores could see meat shortages as soon as the end of this week.

RELATED: How to find a food bank in your area

Food shortage concerns made headlines after John Tyson, the CEO of food processor Tyson Foods, wrote a blog about the issue. He posted the blog online and put full-page ads in the New York Times, the Washington Post and the Arkansas Democrat-Gazette.

His blog boiled down to this: the American food supply chain is broken because processing plants, including those owned by Tyson, have been forced to close because of the COVID-19 outbreak. The recent closure of a Tyson plant in Waterloo, Iowa indicates that COVID-19 spread within the plants or communities surrounding the plants as well as worker absenteeism has contributed to the closures.

Tyson said in his blog that the closure of processing plants has caused issues at both the top and bottom of the supply chain. He said a limited supply of products will be available to grocery stores and farmers will have to depopulate their animals because they will have nowhere to sell their livestock to be processed.

However, all of the various farming industries have not agreed those comments apply to them.

A spokesperson for the U.S. Poultry & Egg Association told VERIFY in an email, “As a result of reduced workforce at processing plants, coupled with foodservice demand vanishing virtually overnight, one such impact is the potential need for emergency depopulation of poultry flocks. Depopulation is performed by humane methods in accordance with American Veterinary Medical Association guidelines and all state and local laws.”

However, Colin Woodall, the CEO of the National Cattlemen’s Beef Association told the VERIFY team that things are different for the cattle industry. He said that there is a reduced demand for beef right now, but said cattle producers will not need to depopulate their animals. The problem for them will be the cost of feeding additional cattle they cannot sell for processing.

He also said he doesn’t anticipate there will be a widespread shortage of beef -- as long as people don’t start panic-buying the beef in response to the recent news. He said because of the reduced demand for beef in the restaurant industry -- which is also facing significant closures -- a larger portion of the processed beef can go to retail.

RELATED: Rep. Peterson: 'About 3 weeks away from not having pork on the shelves'

The situation with grocery stores is more unclear. Publix, a regional grocery chain in the southeast, believes it won’t have meat shortage problems.

A Publix spokesperson told the VERIFY team in an email, “Publix continues to work closely with our suppliers to be well-positioned with a variety of product for our customers to choose from. While not every cut/variety of meat will be available every day, there will be options for our customers. In addition, our suppliers have multiple plants, so if closures occur, we are able to move orders to a different facility, or potentially to a different supplier. As always, supply and demand is a factor.”

Target, which sells groceries in its supermarket stores, doesn’t have any concerns either.

“We are in close, daily contact with all of our vendors to understand what is happening with their operations and currently do not have any concerns about material supply issues,” a Target spokesperson told VERIFY in an email.

Three chains that sell groceries nationally -- Kroger, Walmart and Albertson’s -- have not yet responded to VERIFY’s request for comment.

The situation is also evolving. President Donald Trump earlier this week issued an executive order that directs “meat and poultry processors continue operations uninterrupted to the maximum extent possible.” The executive order also said the USDA would purchase $3 billion in fresh produce, dairy, and meat products of excess supply to be distributed to Americans in need and producers with lost markets.

As of right now, however, we can confirm that meat processing plants are closing and that it means there is a greater supply of livestock right now than there is a demand. For the poultry industry, that means depopulation. The cattle industry doesn’t think that’s necessary.

It’s unclear what this means for every grocery store. Two grocery stores the VERIFY team talked to do not have concerns beyond reduced variety on a day-by-day basis. Several national grocery store chains have not yet commented.