For more than four years, a viral video of an exceptionally steep bridge has confounded the internet. Is it a real and scary setup? Or has the video been edited? 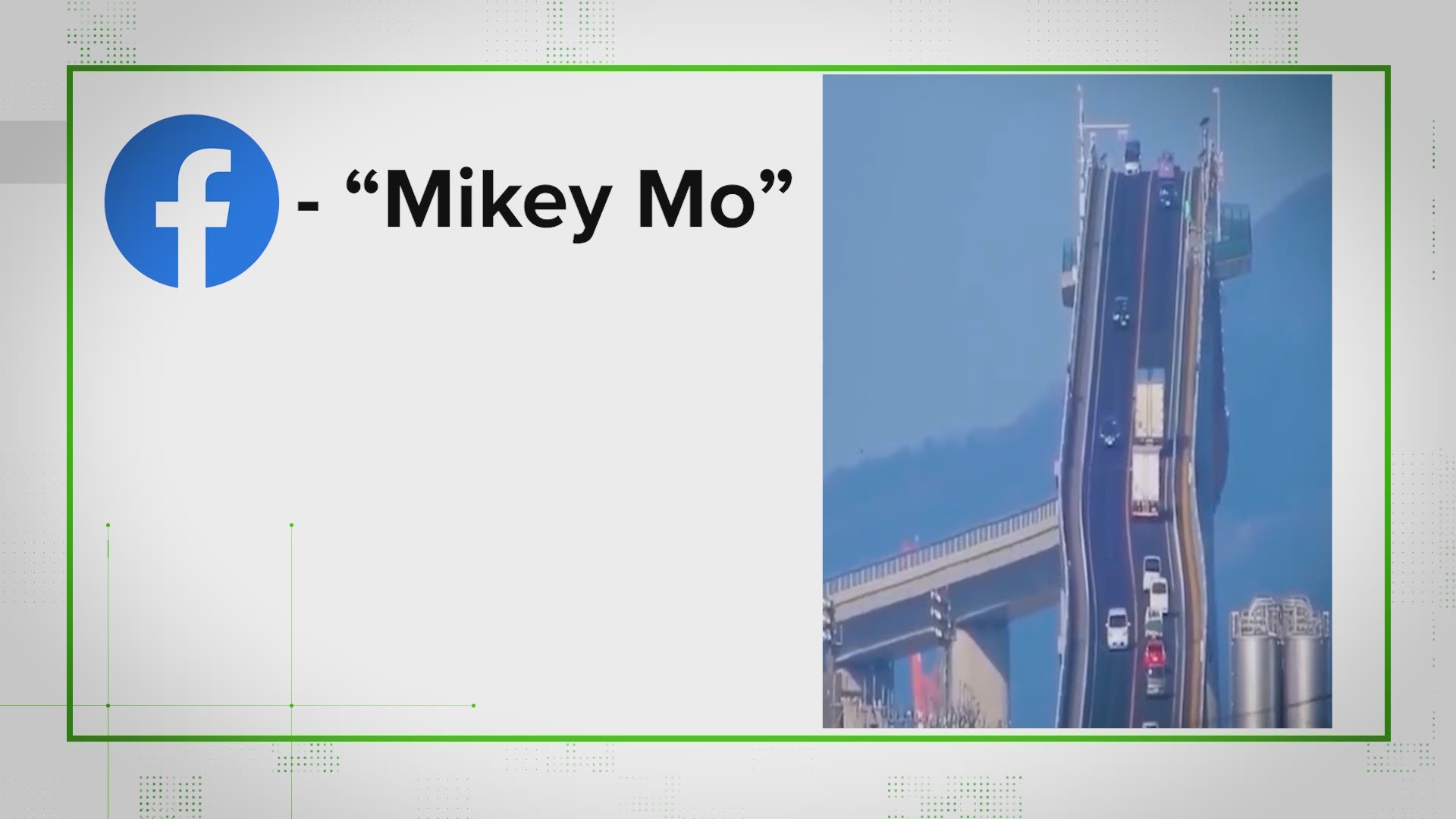 This bridge is steep... exceptionally steep. Or at least that’s what these online posts claim, and they have photo and video evidence to support it.

But is that sharp slope seen truly the case?

Is this bridge real? Is it really as steep as the video shows?

Yes, the bridge is real. But it’s not nearly as steep as the photos and videos make it look.

That bridge is called the Eshima Ohashi Bridge and is located in Japan. It connects two cities separated by a lake.

In order to allow ships to pass underneath it, the bridge was designed to be tall. Still, that doesn’t necessitate that it’s incredibly steep as well.

For comparison’s sake, the street that has the Guinness World Record for steepest street has a gradient of 37.45% and the previous record holder isn’t too far behind.

Google Maps calls it the Ejimao Bridge, but will still take you to the bridge when you search for the Eshima Ohashi Bridge. Street view on Google Maps will show the bridge doesn’t look nearly as steep as videos and pictures make it appear to be.

Many people who traveled to the bridge also said that in reality, it wasn’t as steep as photos made it seem. While some Trip Advisor reviews acknowledged the impressive slope, most of the reviews came away disappointed with the bridge’s actual steepness.

How does the photo oversell it so much then? The trick is to use a wide angle camera lens, which ends up compressing the depth of the photo. In many of the scariest photos of the bridge, a shoreline can be seen in the foreground. Those photos were taken a good distance away at another part of the lake.

So if you’re a thrill-seeker hoping to ride up an impossibly steep climb, you might be disappointed if you travel to this bridge. If you’re anyone else, you can travel without fear of driving up or down a near vertical incline.