VERIFY: Aversion therapy: Can you drink yourself sober?

Aversion therapy can work for alcohol abuse, but there is no scientific evidence that it’s any more successful than any other type of professional treatments. 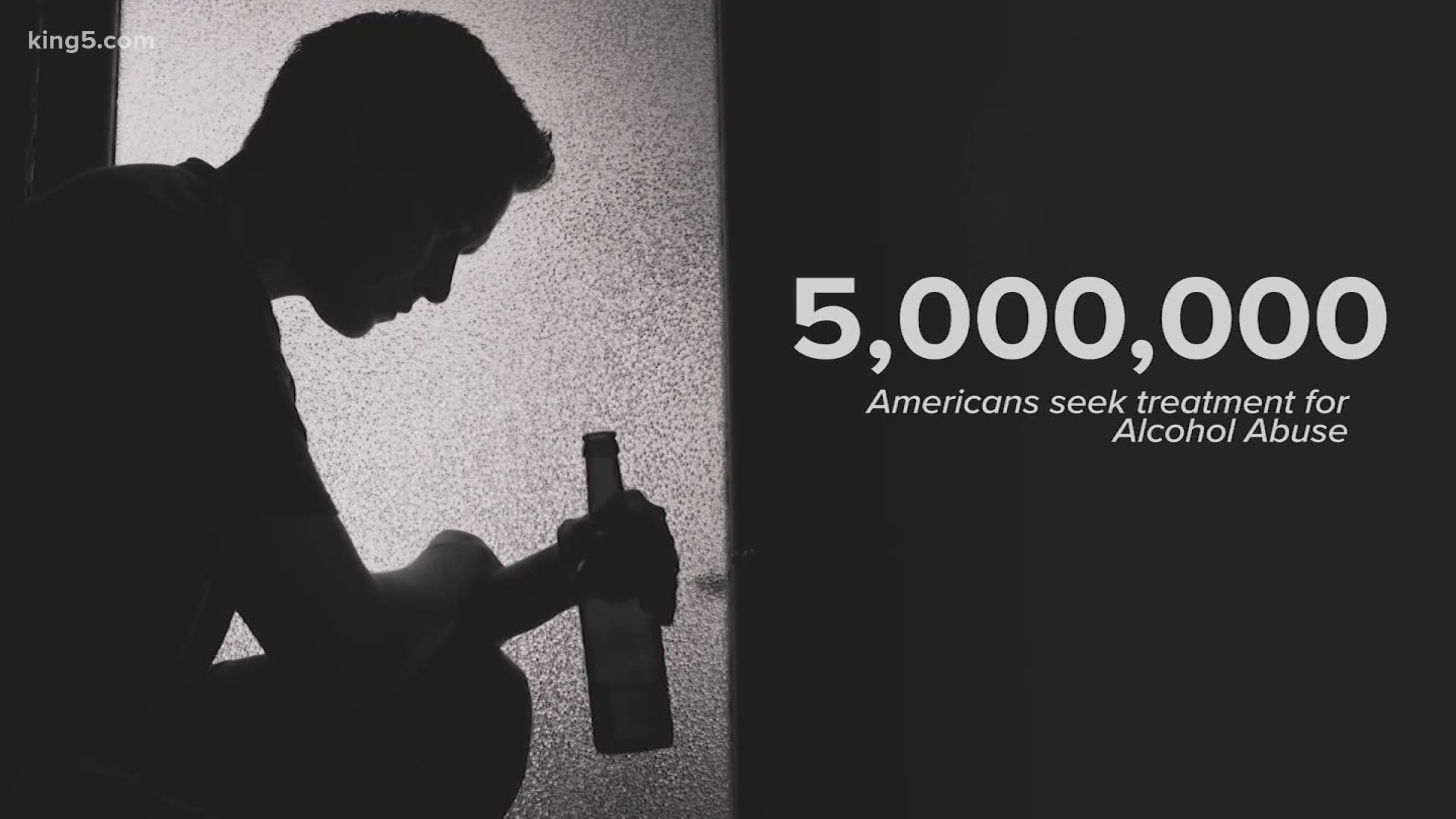 Can you drink yourself to sobriety?

One potential cure is “aversion therapy” – associating the behavior you don’t want with something so negative, you’ll quit.

Some nail biters break their habit, by wearing nail polish.

With alcohol, aversion therapy usually entails taking a drug called Antabuse and surrounding yourself with smells or visual cues – or actually drinking – until you become violently ill, training your brain to lose your craving.

“The notion of classical conditioning is very well established in science,” said Dr. Andrew Saxon, a University of Washington professor and the director of the Substance Abuse Treatment Center of the Puget Sound VA.

“It goes back to the Russian scientist Pavlov and his experiments with dogs, because that's what aversion therapy is based on – classical conditioning. He would give them meat powder and ring a bell. So they'd see the meat powder, they'd salivate, then he'd ring a bell at the same time. And, eventually, he could just ring the bell, and the dogs would start to salivate like they are going to get food, even though there was no food in front of them. So that's classical conditioning. So if you pair two stimuli together, you can condition an organism to either approach or avoid that the target stimulus.”

Many of them take the respondents’ word for their sobriety.

One found that about 75% of patients “returned to drinking after 10 years.”

Other studies only measured sobriety for a year after the treatment or excluded patients who refused to participate in a call-back or indicated that financial well-being played a large role in remaining sober.

Some reports have questioned the ethics of any treatment that purposefully induces physical and psychological trauma, but Saxon disagreed.

“It would be unethical if you didn't tell the person that this is going to happen, and you trick the person into doing it," Saxon said. "But if you inform the person, tell them exactly you're doing: ‘We're gonna give you something that's going to make you feel very sick to your stomach, and you'll probably vomit. And we're going to show you alcohol at the same time. We think this will make you not want to drink alcohol as much.’ I just don't see an ethical concern there if the person understands and agrees to it.”

We can verify: aversion therapy can work for alcohol abuse.

But there is no scientifically accepted evidence that it’s any more successful than any other type of professional treatment.