Yes, North Idaho has not seen any heat-related deaths so far

There are three main reasons for the discrepancy between the two states: smaller community, newer buildings and environment. 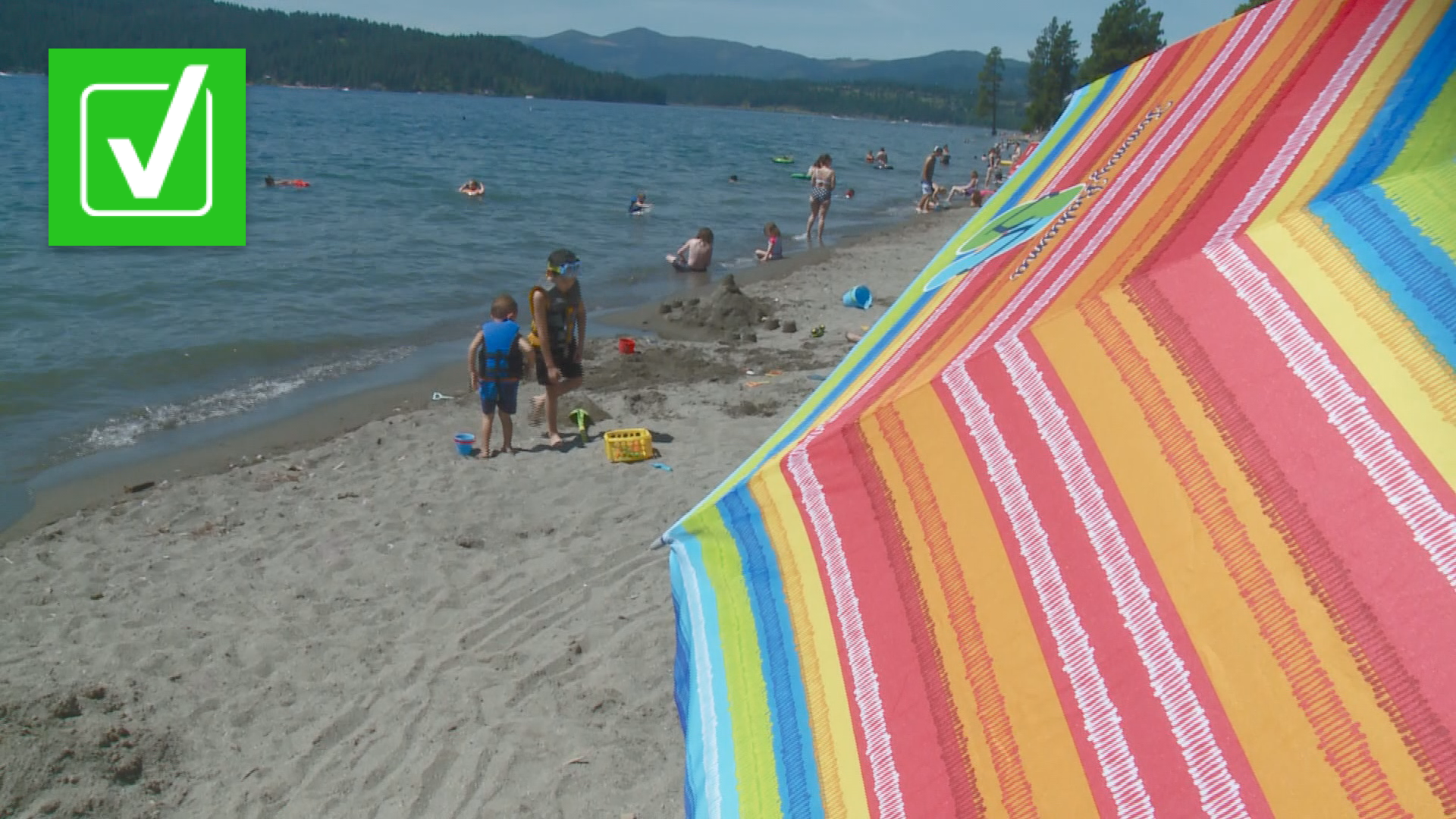 COEUR D'ALENE, Idaho — The death toll from the Pacific Northwest heat wave is still climbing, and more intense heat is on the way.

In Washington, at least 78 deaths are blamed on our scorching temperatures, with as many as 20 of those deaths in Spokane County. In the meantime, authorities in North Idaho say there have been "zero" deaths tied to the heat.

It's a valid question since we were hit with the same scorching temperatures as North Idaho. The KREM 2 Verify Team did some digging to find out if North Idaho escaped the heat wave with zero heat-related deaths.

Have there really been no heat-related deaths in North Idaho?

"We haven't [had heat-related deaths] in our area yet," Etherton said. "I think, just for right now, we're weathering it well."

Despite Spokane County being mere miles away, no heat related deaths are being reported in North Idaho. According to the Panhandle Health District, not a single heat-related death has been reported within the five counties the district serves.

Typically, the coroner's office has the most up-to-date information, so that was the next step. Kootenai, Boundary, Bonner, Shoshone, and Benewah County coroners confirmed they have not had a single case.

So how is it possible that Spokane can have 17 confirmed and three most likely heat related deaths? Etherton said there are three main reasons.

Smaller community: The Panhandle Health District serves approximately 250,000 people within those five counties, according to spokesperson Katherine Hoyer. Spokane County has nearly double that, according to the Spokane County population estimates. Having fewer people allows for faster response time, neighbors checking in on each other more frequently and community members reaching out to law enforcement or firefighters, according to Etherton.

Newer housing: At least in CDA, he said a large population of the city live in homes that were built within the past 20 years. These homes are more likely to have air conditioning.

Environment: Lake CDA is able to provide some relief from the hot sun.

"We still are small enough to have that kind of tight community feel and be looking out for each other," he said. "And that's not to say that folks in Spokane don't care about their neighbors. It's a bigger town, there's a lot more people there, it's harder to proportionally be able to check on those people."

Yes, North Idaho has so far not seen any heat-related deaths, but it is important to consider the differences between the two regions. The team is still tracking the heat-related deaths in our area and will continue investigating what lead up to them occurring, and could there have been anything done to help prevent them.

Have something you want verified? Email our VERIFY team at verify@krem.com

In Washington, at least 78 deaths are blamed on our heat wave’s scorching temperatures.

A few miles across the state line, authorities in North Idaho say there have been zero deaths tied to the heat. Is that true? I #VERIFY only on @KREM2. pic.twitter.com/CBHbENXIyw