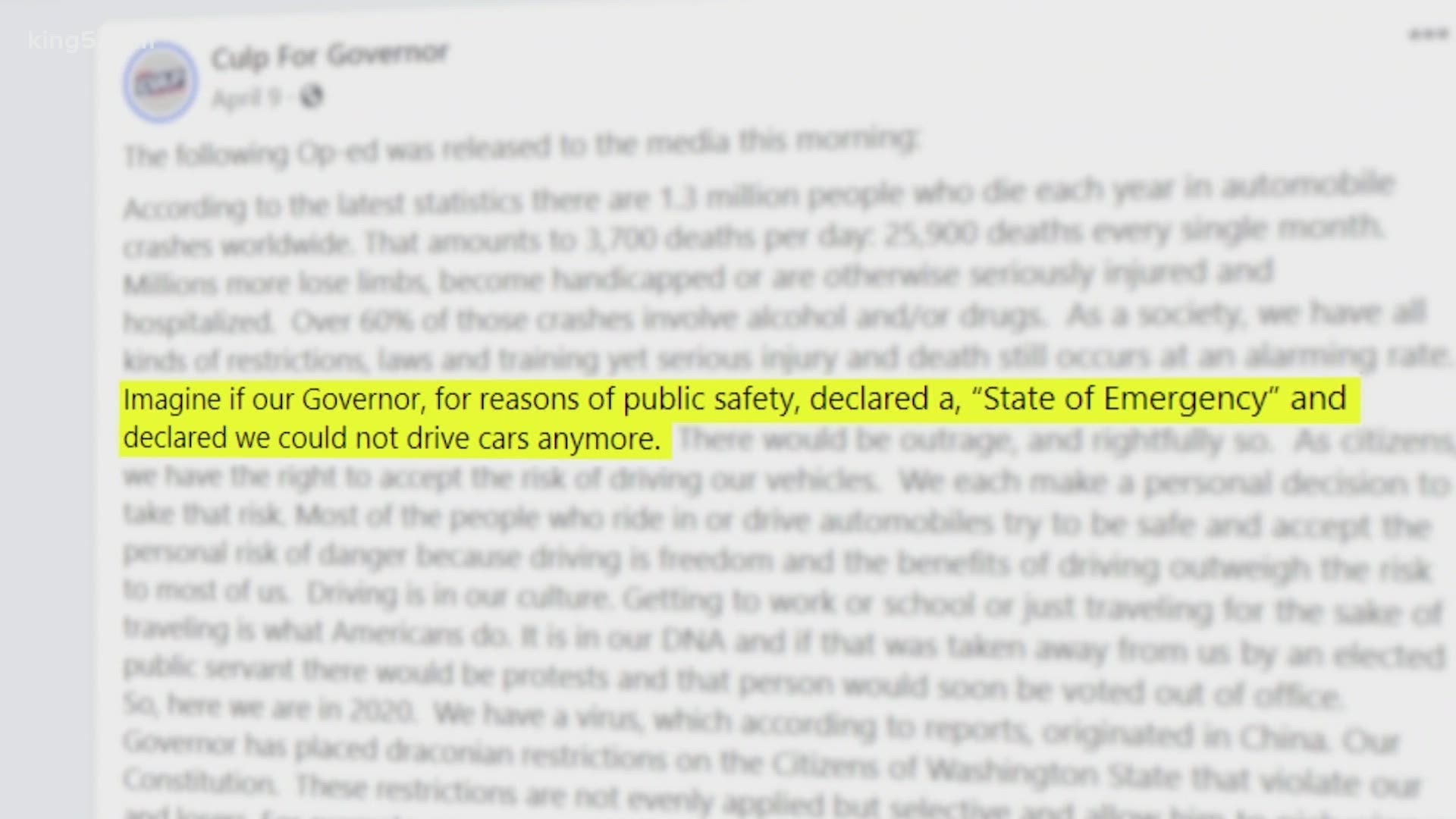 Loren Culp is the Republican candidate running for governor against Democratic incumbent Jay Inslee this November. Culp has claimed that “mask mandates” go against the Washington state constitution.

No, it does not violate the state's constitution.

He’s done it in virtual meetings with campaign supporters, on his own “Culp-for-Governor” Facebook page, and in multiple media interviews, including with KING 5 on Aug. 7: "That's [the mask mandate] not abiding by the constitution," Culp said in the interview.

But, is that true?

"I don’t really know where he gets that notion," said Spitzer. "Our individual rights are always restricted based on community needs. So for example, you might think that you have a right to walk up and punch somebody in the face, but you don’t. That’s not a freedom that we have. And it’s the same with being dangerous for other people by breathing viruses on them."

On his Facebook page in April, Culp also said, "Imagine if our governor, for reasons of public safety, declared a 'State of Emergency' and declared we could not drive cars anymore."

To which, Spitzer responded: "The governor is not a dictator. He/she can’t just issue orders whenever they feel like it. And if there’s a health emergency, that’s one of the specific things where a statue gives the governor to take action to protect public health. Those actions are subject to certain rules, but the governor seems to be following those rules."