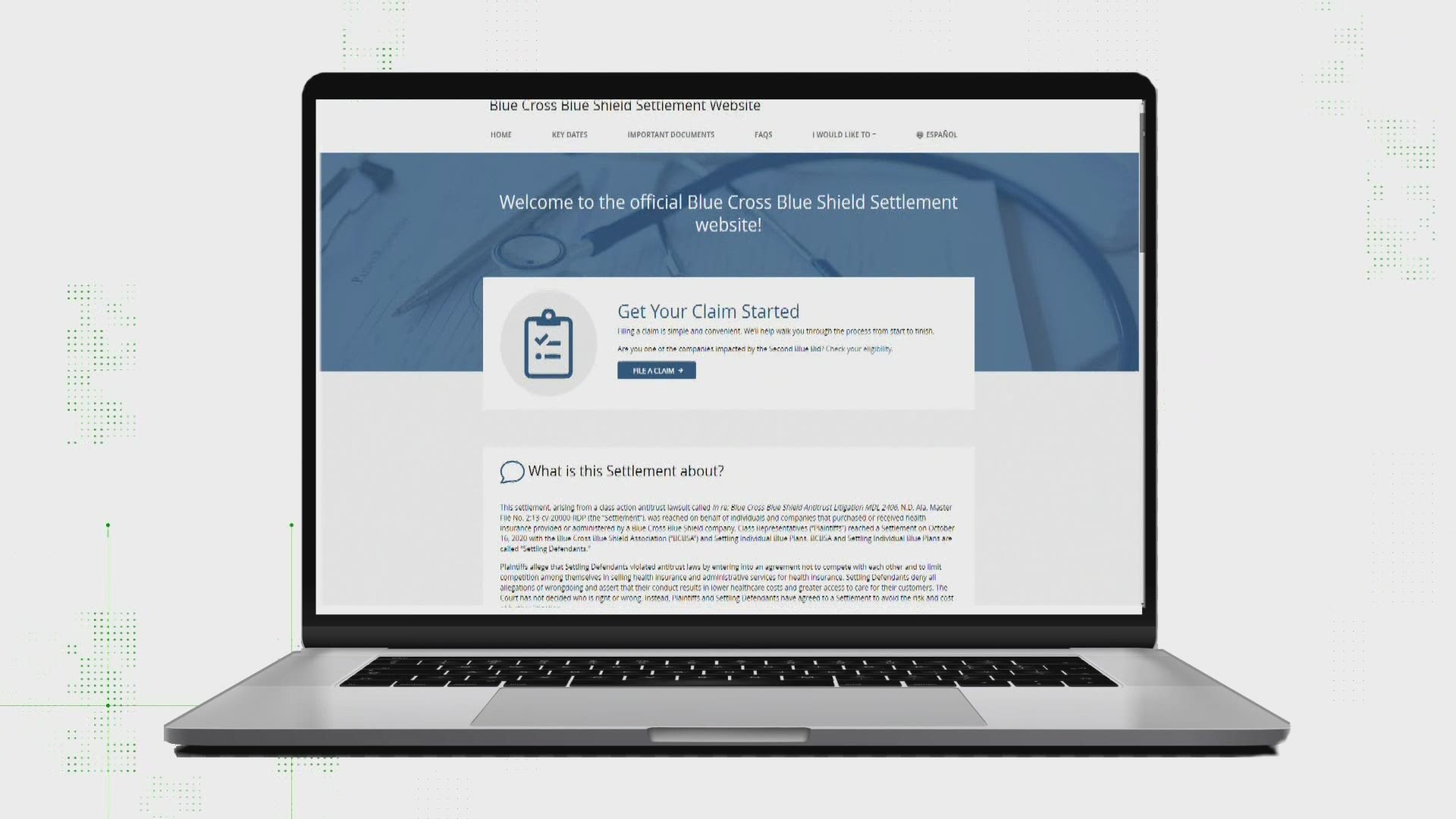 DALLAS — Did you receive a postcard in the mail about a $2.67 billion settlement involving Blue Cross Blue Shield insurance? Many are asking online whether these postcards are legitimate and if the settlement is real.

In October 2020, Blue Cross Blue Shield reached a $2.67 billion settlement in class-action antitrust lawsuit. A judge has not given final approval to the settlement.

In the class-action suit, plaintiffs alleged that Blue Cross “violated antitrust laws by entering into an agreement not to compete with each other and to limit competition among themselves in selling health insurance and administrative services for health insurance.” The plaintiffs argued that Blue Cross was able to charge higher rates for plans through the practice of limiting competition.

If given final approval, the settlement will create a $2.67 billion settlement funds and would become one of the largest health care settlements in U.S. history.

Blue Cross agreed to make changes to business practices that they say will increase marketplace competition.

If you were covered by Blue Cross between February of 2008 and October of 2020, you may be eligible for a settlement payment.

The Court said two settlement classes are included in this case―a Damages Class and an Injunctive Relief Class.

You may be eligible if you are an individual subscriber, insured group or self-funded account within these two classes.

Class Members who submit valid claims may receive a cash payment from the net settlement fund.

CAN I OPT OUT?

If you exclude yourself or opt out of the settlement, you have the option to file a separate lawsuit against Blue Cross Blue Shield. If you do this, you will not receive any money from the settlement.

You can also object to the settlement by writing a letter to the court. You can object only if you do not exclude yourself from the Settlement Classes.

To see if you qualify and file a claim, you need to visit bcbssettlement.com and click on the "File A Claim" tab at the top of the page.

To make a claim or receive a payment, you must file a claim online or by mail postmarked by Nov. 5, 2021.

Claims may be submitted online or by mail to: