A group at the University of Washington held a workshop that trains high school students to scrutinize posts shared on social media. 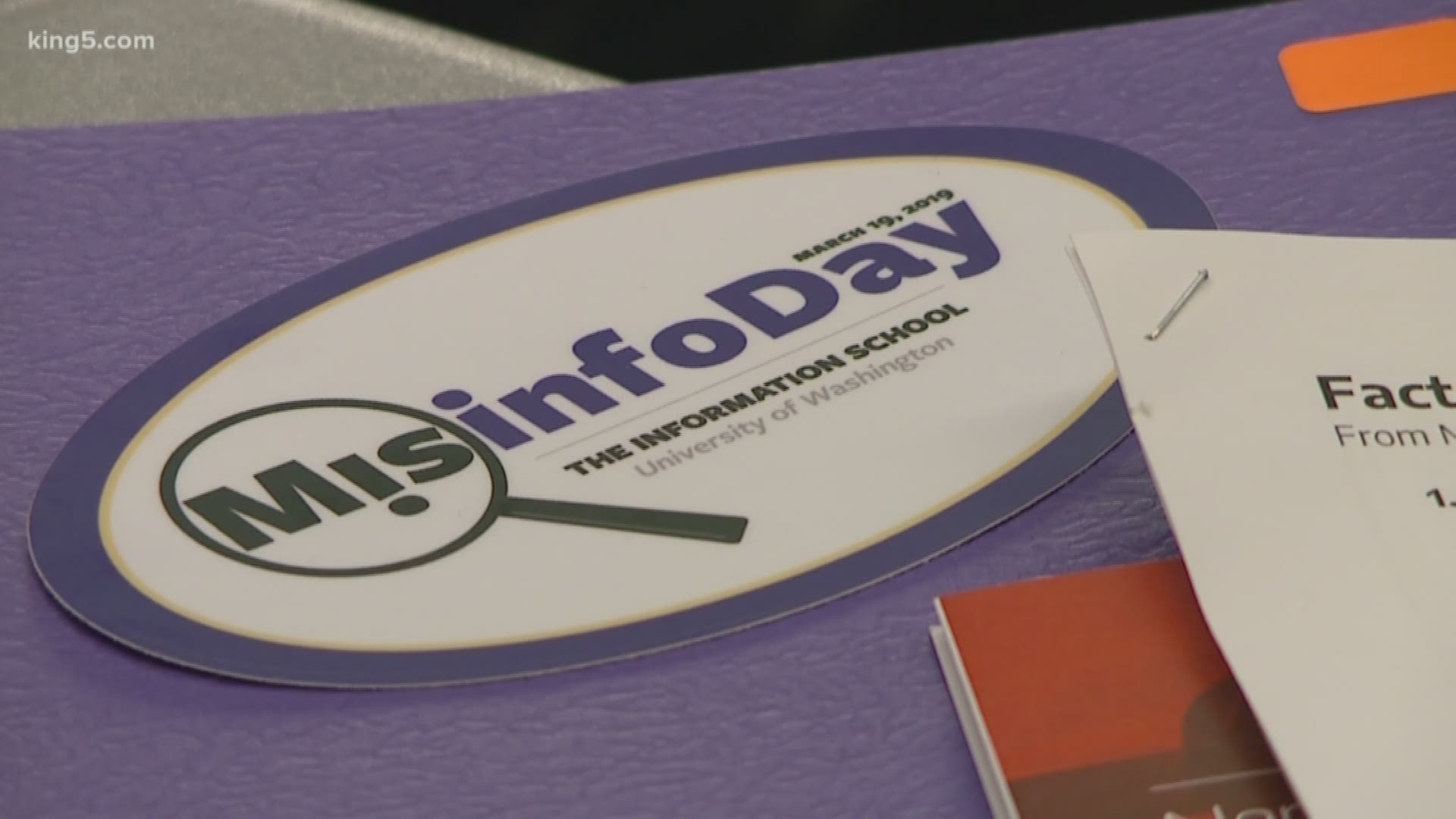 SEATTLE — As concerns rise about misinformation spreading on social media, there's a new effort to educate a younger generation about how to sort facts from fiction.

A team at Seattle's University of Washington gathered high school students for “Misinfo Day,” a workshop that trains teens to scrutinize what others are sharing.

Selena Fermin and her classmates tried to figure out if a story about a school district arming students with rocks was real.

“It says it's a news aggregation website, ‘Read less, know more.’ What does that mean?” Fermin said while scrolling through her phone.

They hadn’t heard of the website, newser.com, so they looked it up, and it turns out it's legit. It pulls information from reputable news sources.

That process is one of the skills more than 200 high-schoolers learned at a day-long workshop organized by the UW Information School.

It taught them how to question a barrage of information on social media, some of it false, designed to mislead.

“A lot of times, I hear rumors going around about things that aren't true and everyone just tends to believe them nowadays because that's just how our generation has grown up with all the social media around us,” said Fermin, a senior at Franklin High School, who plans to pursue a degree in media and communications.

If something raises your eyebrows, Google it. Have others confirmed a story? Or debunked it? If a meme makes a claim with no citation, search the info and research it before sharing, the students learned.

“We can start planting seeds and getting them thinking about these different tools and then hopefully they're going back to their classrooms and trying them out with their teachers, talking about them with their friends,” said Liz Crouse, a UW Library Science graduate student who helped organize “Misinfo Day.”

Following the 2016 election, the UW Information School shined a spotlight on bogus stories, how they spread and why.

Courses on "calling BS" are now a regular part of their curriculum, as an attempt to fight back against falsehoods.

“There is a lot at stake because, right now, media is such a huge influencer of the big decisions that are made in the world,” Fermin said.