Uncle Ike's owner has seen protesters focus on his business before, demonstrating against gentrification. However, he says recent protests have been different. 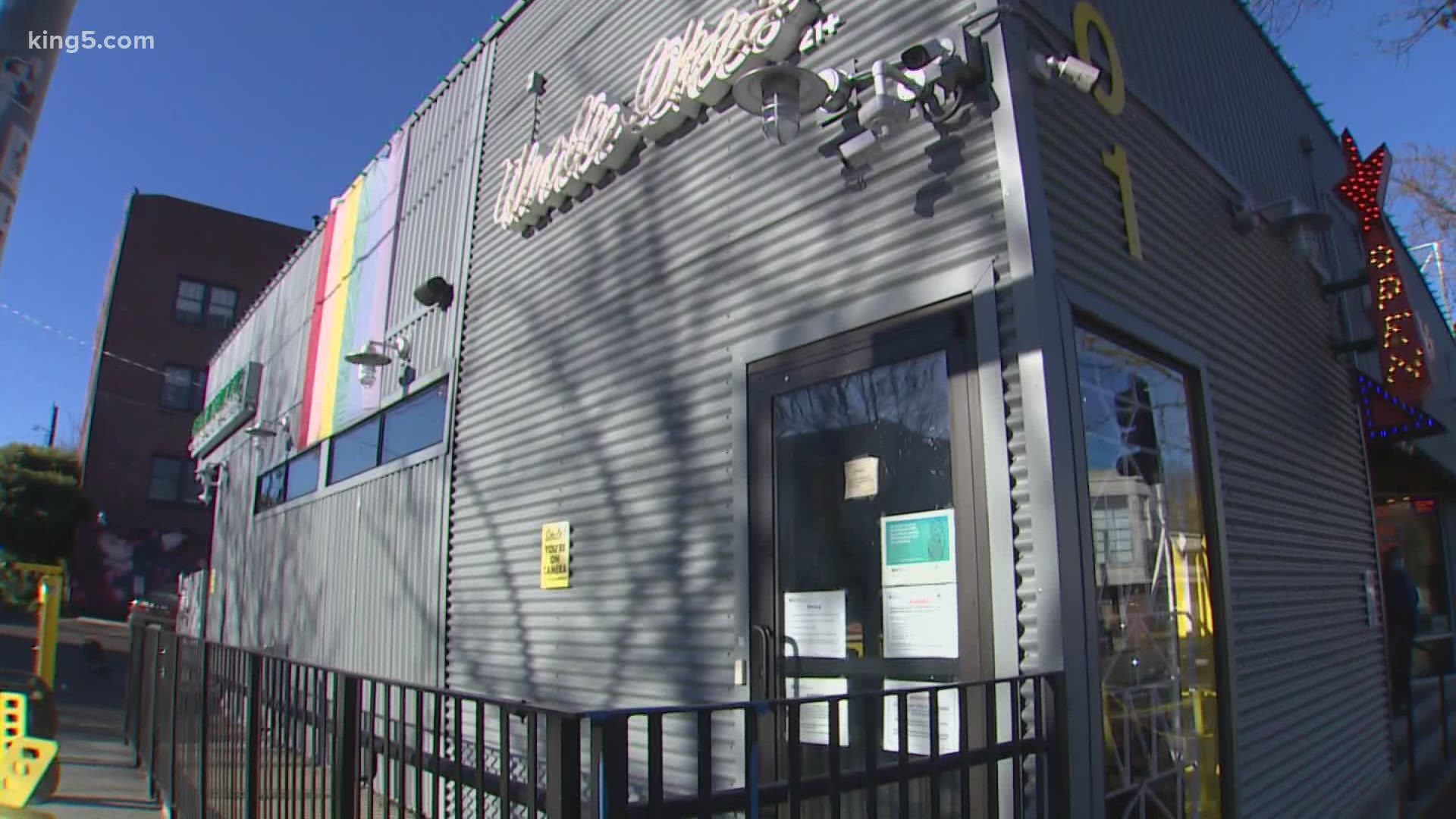 SEATTLE — Ian Eisenberg, owner of Uncle Ike's, says a few of his pot shops have regularly been a target of protests over the last six months.

There have been eggs thrown at the front door, broken windows and graffiti. The most recent damage was done Monday night.

Laura Busse, one of Eisenberg's employees, described what her job has been like recently.

"It's pretty scary to come to work and not know whether or not people are going to be throwing rocks at you. There were a couple of weeks where they threw eggs at us every single night," Busse said.

"At this point there is no political message at all," Eisenberg said.

However, on social media and on flyers, Eisenberg's name is front and center with demonstrators calling on him to do a list of things including have a dialogue with them, halt predatory development, and provide 15% of profits to go the Black community and Northwest Community Bail Fund.

"The discussions about gentrification and giving money is a great discussion that needs to be had, and we do give quite a bite of money to nonprofits," Eisenberg said. "But the groups in particular are saying they want the money given to them."

A store spokesperson added that Uncle Ike's gave $22,564 to the Northwest Community Bail Fund, and worked with partners to give $28,402. Those funds were raised by the store in June, which dedicated 5% of one week's proceeds for the organization.

It's not the first time the pot shop owner has dealt with controversy at his doorstep.

Over the years, there have been a number of demonstrations, including one in 2016 in front of his Central District location. Neighbors and a church in the area did not want a pot shop in the neighborhood, saying it was causing gentrification near 23rd and Union.

Eisenberg said those early demonstrations led by African American leaders are different compared to what he is seeing today.

"It has changed a lot. Back then, a lot of people thought it was adding to gentrification in the Central District. It was people from the Central District. It was local people that were protesting. A lot of African American people were protesting. Now it is all white kids, and a lot of the ones I have talked to, they are all from the suburbs, coming into Seattle just to cause havoc and have fun," Eisenberg said.

KING 5 reached out to groups, including activists who called for a boycott of Uncle Ike's over the summer during an anti-gentrification protest.

One person, who responded by email but did not provide their name, acknowledge that Uncle Ike's has done charitable work, but said that the business "could be doing much more where it counts most and is most needed."