One man was killed, a second injured. Police wearing respirator masks, gloves, and goggles interviewed witnesses as they searched for possible suspects. 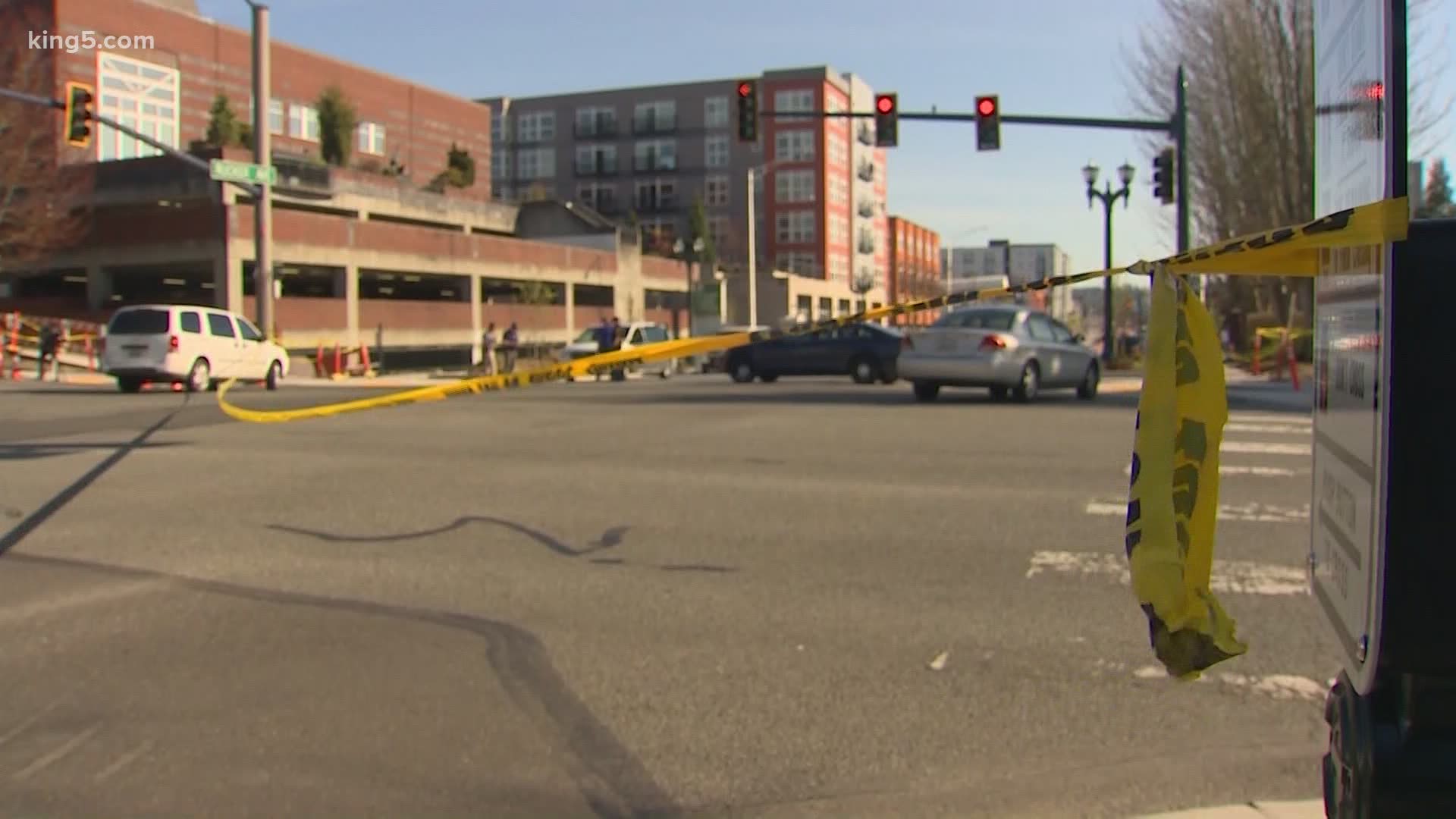 EVERETT, Wash. — Everett Police are investigating a downtown shooting that killed one man and injured another.

They received reports around 2:40 pm of shots fired near the intersection of Rucker Ave. and Everett Ave.

"I saw a car driving in circles out there and a bunch of guys chasing after it shooting at it," said John Bockelie, who lives across the street.

One of the two victims died. Police said the other man had non life-threatening injures.

It appeared several people fled from cars near the hospital, Snell said, and police spent the afternoon searching for possible suspects using a K9 team.

Officers wearing respirator masks, gloves, and goggles interviewed witnesses in apartment buildings near the shooting scene. Yellow tape blocked off the intersection, where investigators examined a vehicle with shattered windows.

Several people were detained for questioning around 5 p.m., but no arrests were made, Snell said.

Melissa Wallace, who works for Everett Public Schools, was outdoors enjoying the sunshine and warm weather with her son when the shooting happened.

"I just want everybody to stay safe right now, and do everything that we can to help each other," she said, tearing up, "not do this."