A University of Washington study that looked at twin and sibling pairs found there could be dramatically different outcomes to alcohol consumption during pregnancy, based on differences in the babies’ genetics. 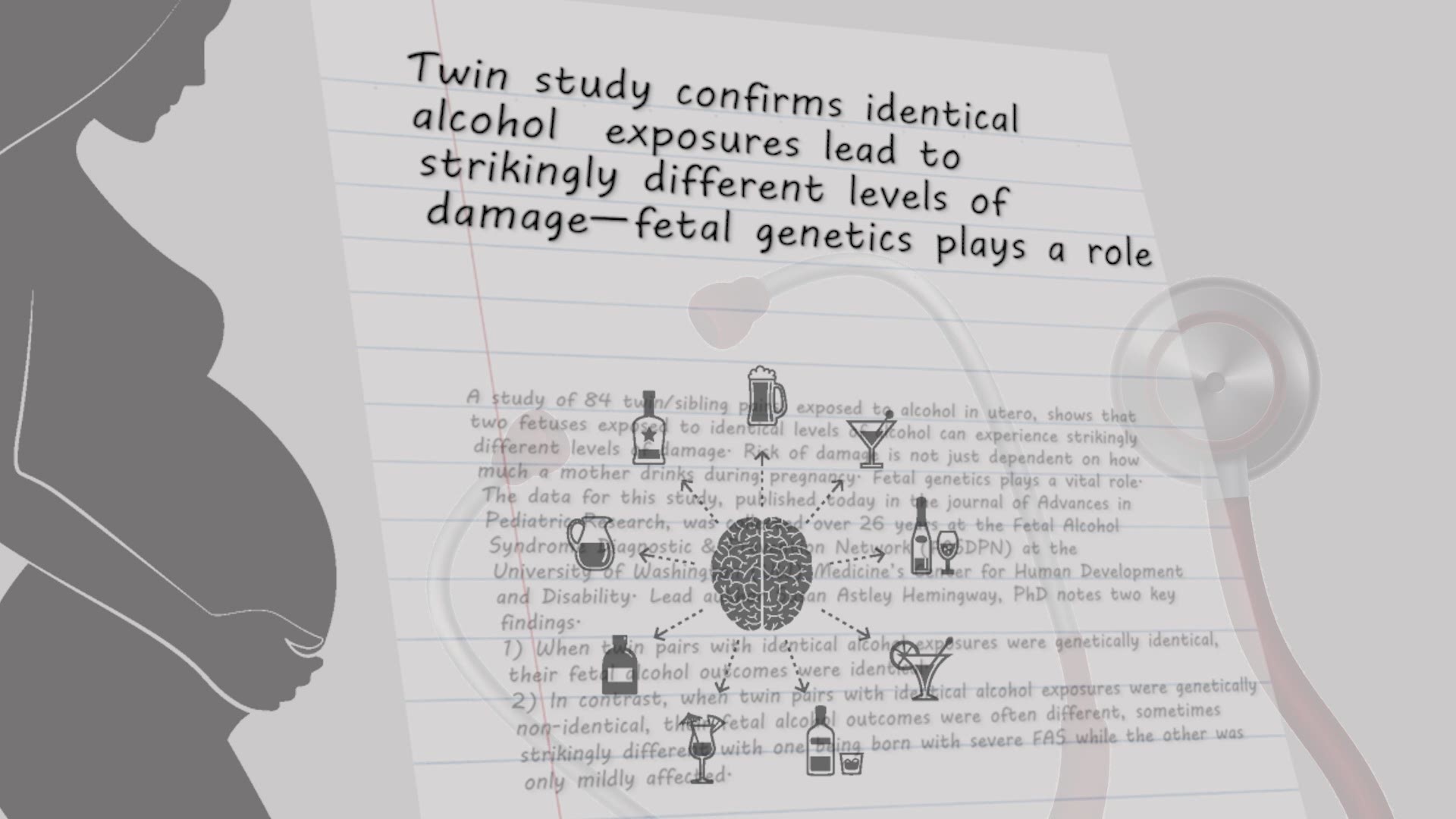 SEATTLE — A University of Washington study suggests there is no safe amount of alcohol to consume during pregnancy, because the risk of birth defects depends not just on alcohol consumption but genetics as well.

“This has huge public health implications,” said Dr. Susan Astley, professor of pediatrics at the University of Washington School of Medicine. Astley was the lead author on the study, which was published Wednesday in the journal Advances in Pediatric Research.

The UW study looked at 84 twin and sibling pairs that were evaluated at the Fetal Alcohol Syndrome Diagnostic & Prevention Network since January 1993. Those pairs each had the same prenatal alcohol exposure, were raised together, and were diagnosed at the same time.

Fetal alcohol syndrome is a condition that results from alcohol use during pregnancy and can cause brain damage and growth problems.

The differences were so drastic that one fraternal twin could be born with severe fetal alcohol syndrome and the other may only be mildly affected.

“Genetics is actually impacting how the alcohol impacts the fetus, so the same level of alcohol exposure that can be risky for one fetus can actually be of little risk or even more risk for the other fetus,” said Astley.

The UW study goes against several other studies that have suggested drinking during pregnancy is ok. A 2012 Danish study found that low to moderate alcohol consumption during pregnancy didn’t impact executive functioning of five-year-olds, and another 2017 study suggested the effects of light drinking are sparse.

“Since the same level of alcohol can do strikingly different levels of damage on two fetuses that makes it very difficult to identify a single level that’s going to be safe for everyone,” Astley said. “So it continues to be the only safe amount is none at all.”