'The fact that they withheld information…was outrageous to us': North Texas pilots speak out about Max 8

Pilots who’ve flown the Max 8 support the global grounding and say extra training was the only reason they felt confident in the aircraft. 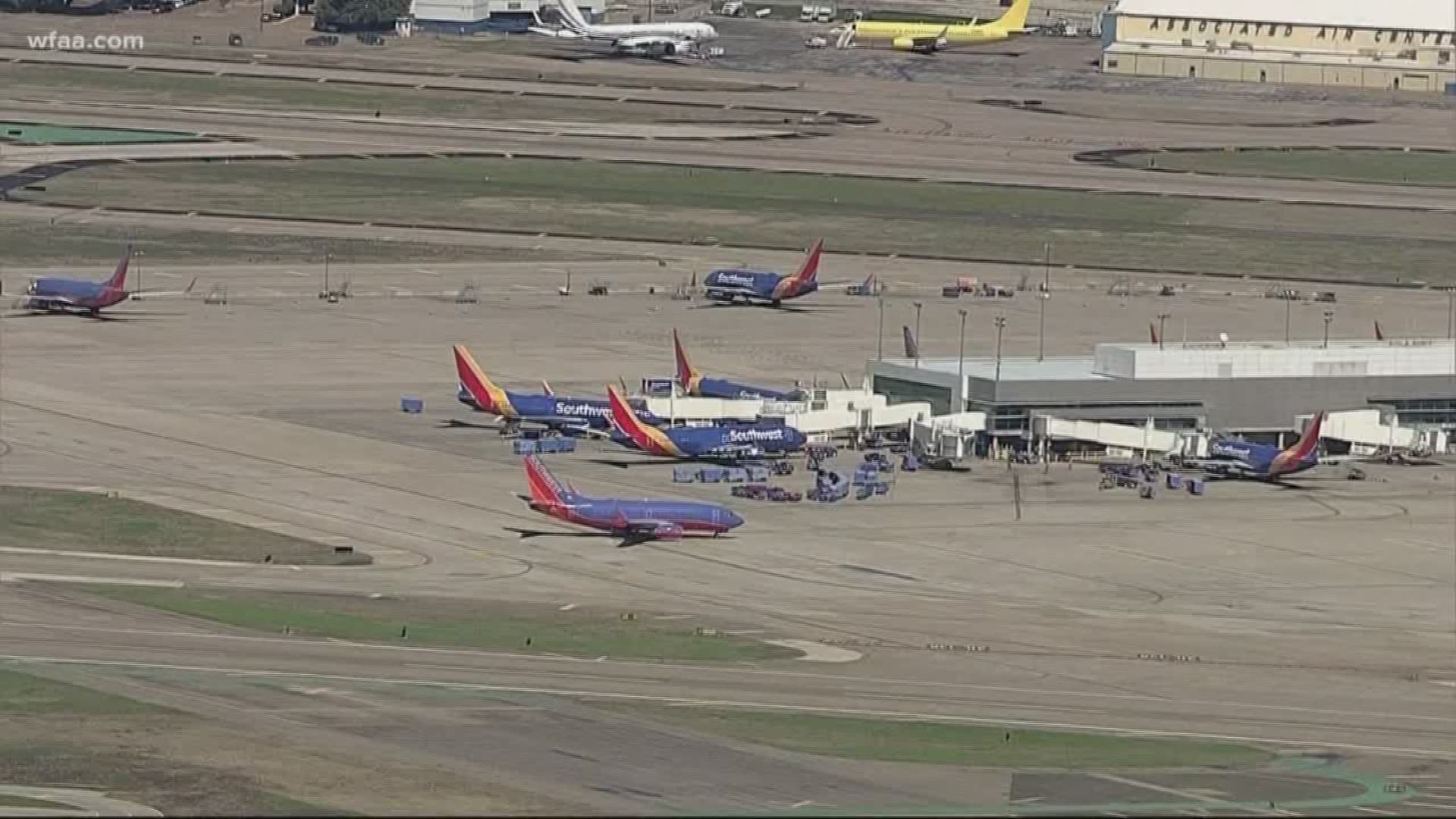 “We just got a call from your company. You need to contact them,” a controller told a Southwest Airlines pilot at Washington’s Reagan airport.

A few moments later the pilot said to the tower, “We've been directed to return to the gate.”

The Federal Aviation Administration issued an emergency order on Wednesday saying it had gathered new data that indicated similarities between the crash of a Boeing 737 Max 8 in Indonesia in October operated by Lion Air and a crash of the same type of plane in Ethiopia on Sunday. The order immediately grounded all Boeing 737 Max 8 and 9 aircraft in the U.S.

RELATED: US grounds 737 MAX 8 and 9 planes after Ethiopia crash

After the FAA’s order, Boeing said it was grounding its global fleet of Max aircraft.

It is a plane American Airlines Captain Dennis Tajer has flown about a dozen times.

“The aircraft is a fine piece of equipment,” he said, “but after the Lion Air crash, an emergency airworthiness directive came from the FAA and Boeing telling us there was a piece of equipment in the aircraft which was not known to us, and that likely had an effect on that crash.”

“The fact that they withheld that information and said, 'We just didn’t include it in the pilot manual' was outrageous to us,” he said.

Tajer is chair of the communications committee for the Allied Pilots Association, the union that represents American Airlines pilots.  He said there was one simple reason the Allied Pilots Association had said as recently as Tuesday that they felt comfortable flying the Max 8:  training. The APA demanded and received extra training specific to the Max 8 after the Lion Air crash.

“That made a difference,” he said.

RELATED: Boeing 737 MAX 8: Everything you need to know

The FAA issued the emergency airworthiness directive in November, after discovering an automated system on the Max 8 aircraft might have been at least partially to blame for the Lion Air crash.

That automated system tips the nose of the plane down to fight the aircraft’s natural inclination to tip the nose up. Pilots didn’t know that system existed.

“The fact that they withheld that information and said we just didn’t include it in the pilot manual was outrageous to us,” Tajer said.

“Two particular crashes back to back, unexplained, it’s a big deal and Boeing has their name all over it,” he said.  “If they’re not doing the right things, taking the right steps to ensure these planes are safe, then they could be negligent. And you know what goes from that – lawsuits and lawsuits which means money.”

Tajer’s most recent Max 8 flight was less than two weeks ago.

“I’ll give you a behind the scenes, behind the cockpit door,” he said. “My first officer started briefing me – hey we’re on the max there’s this MCAS system and if it goes awry remember the switches there.”

“We’re the last line of defense,” he said. “And we hold that obligation very dearly.”