A Texas House bill is drawing criticism from families of loved ones injured in trucking accidents, but supporters say it would cut down on frivolous lawsuits. 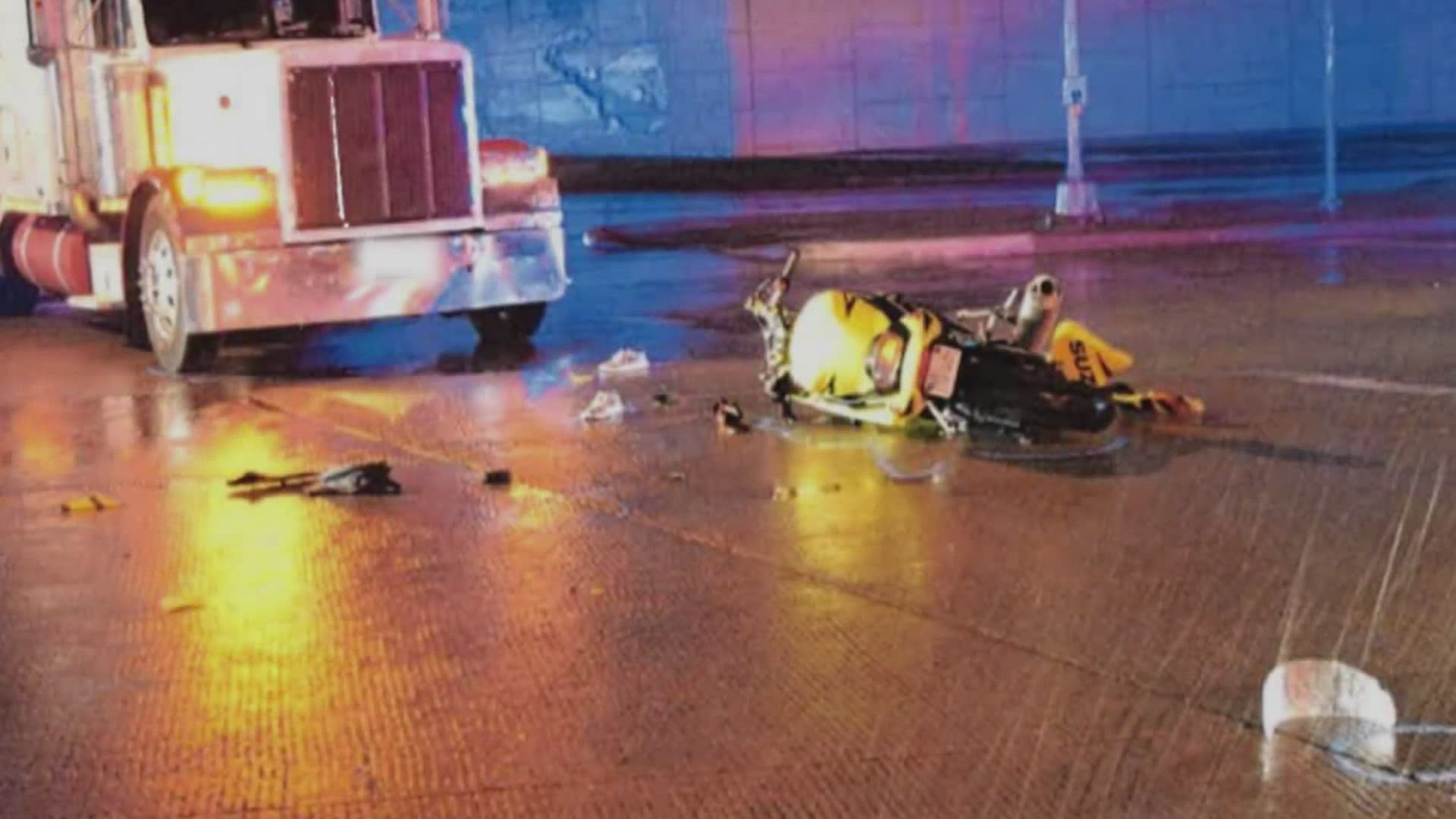 ”I remember it. It’s burned into my memory,” said Bonin.

He got the call every parent is afraid of: his teenage son had been involved in a horrific accident.

“He had catastrophic damages. I think he probably died at the scene and they had to bring him back to life,” said Bonin.

William Bonin and a friend were on his motorcycle. They were going through a busy intersection in Rockwall and had a green light.

According to police and court documents, the driver of an 18-wheeler ran the red light. William Bonin and his friend crashed into the truck. His friend survived but William Bonin was severely injured.

”We knew the brain injury was catastrophic. Shattered his spine, so he is essentially paralyzed from the waist down,” Harold said.

William Bonin doesn’t remember the accident four years later but holds on to the memories and the life he had planned with his girlfriend, Sarah.

“Good God, before my accident it was going to be a time for me and Sarah to go to A&M Commerce,” William said.

Police and the family later learned the driver of the 18-wheeler had 17 driving violations, including running a red light, but was still allowed to drive.

“It was a nightmare,” Harold said.

The Bonin family sued the trucking company and won a multimillion-dollar settlement, but they say their medical bills are astronomical.

"I have caretakers that come on an everyday basis,” William said.

Harold Bonin said their experience is why he’s opposed to Texas House Bill 19. The bill would shift responsibility from commercial trucking companies to the driver.

He gave an emotional plea before a Texas House committee.

”I don’t see how this helps your constituents and citizens in Texas. It helps the insurance companies and it helps the trucking companies, but it doesn’t help us,” Harold said.

Ware Wendell is the executive director for Texas Watch, an organization that advocates for citizens on a variety of issues like public safety. According to the Texas Department of Transportation, more than 600 people die in Texas every year in large truck crashes.

”And what those numbers show us, is that we have a clear and present danger on our roads caused by these large trucking companies not taking safety seriously,” said Wendell.

He said HB 19, which is being sponsored by State Rep. Jeff Leach of Plano, would be disastrous for the families of those injured or killed in trucking crashes.

”This bill is going to make it harder to bring a case against a trucking company when they injure or kill a family member. It’s going to take the focus away from corporate wrongdoing,” Wendell said.

Leach issued a statement to WFAA saying, "Despite the attempts of some special interest to intentionally misinform and mislead the public, the bill strongly safeguards the rights of all injured Texans to be compensated for the full array of damages.”

Leach has teamed up with a group called Texans for Lawsuit Reform. They said the bill is designed to protect companies from frivolous lawsuits and high insurance costs. The group said small trucking companies are being run out of business because of so many lawsuits.

"This is really a lawyer-driven problem that’s causing these lawsuits to increase at an astronomical pace, which is also affecting insurance rates, you know, just a higher risk for liability in Texas, because any accident no matter the severity -- even a small fender-bender -- can result in huge huge lawsuits,” said Lucy Nashed of Texas for Lawsuit Reform.

They say the bill would still allow for companies with a historically bad record to be held accountable.

Harold Bonin said he fears the bill would make it harder for families to get to trial and that families may not get the money they need to help care for their loved ones.

The bill has already made it out of the Judiciary and Civil Jurisprudence Committee and is set for debate in the Texas House.