In a crowded field this brewery stands apart by offering yoga and kid karaoke. 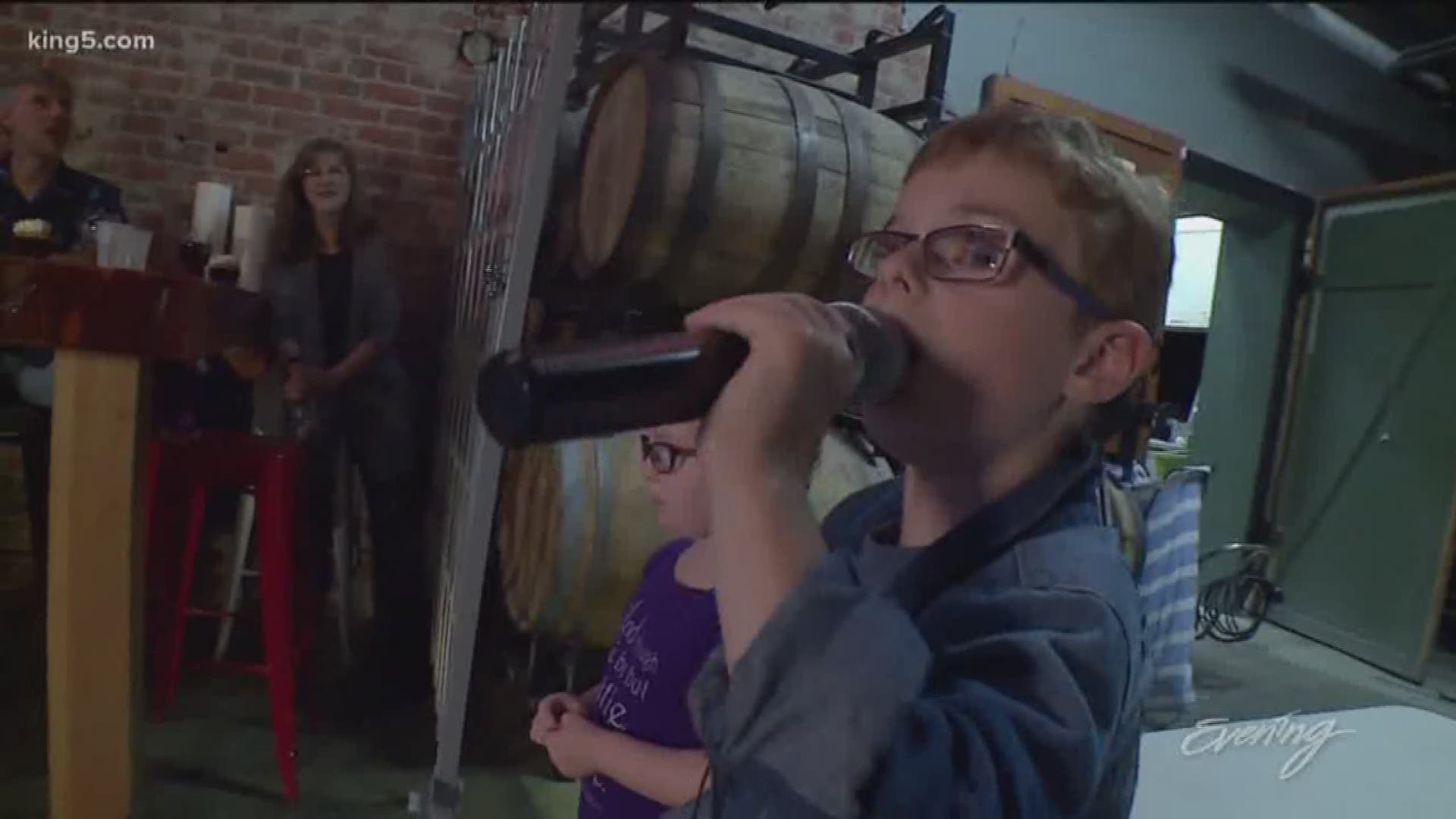 TACOMA, Wash. — Step inside Odd Otter one Sunday afternoon a month, and you may stumble upon Kiddo Karaoke where parents do all the sipping and kids do all the singing.

Carolyn Merling came up with the idea when her 9 year old daughter asked why she couldn’t sing on karaoke nights.

“The kids will do Bon Jovi. They do The Beatles, and then we have some little ones that do songs from Frozen or their ABC'S,” she said. “Sometimes we hear Twinkle Twinkle.”

Saturday mornings are more transcendent. The floor is covered with mats for an hour-long yoga class, followed by a complimentary pint.

“I like beer and I like yoga so they go together,” said Colleen Perrin. “It's a pretty good Saturday morning.”

It's a pretty odd Saturday morning. But keeping things odd is one way Odd Otter Brewing Company is trying to stand out in this brew crazed town

In fact, the flagship beer at Odd Otter is the Ottermelon Hefeweizen, made with a squirt of watermelon juice.

“We try to make sure every beer is a little different,” said McGrane. “A little off kilter.”

McGrane is one of 5 founders of the brewery. All 5 from different backgrounds. An “odd” mix, if you will.

“And then I live on the water and we see otters go by all the time,” said McGrane. “They're a great animal that just embodies the Pacific Northwest so we put the two together and came up with Odd Otter.”

Whether you're looking for a way to relax or just have some unforgettable family fun, consider getting odd.

You can read more about Odd Otter and other quirky Northwest breweries in the latest edition of South Sound Magazine.