One man dead after a shooting in Tacoma

One man is dead and another sustained non-life-threatening injuries after a shooting in Tacoma. 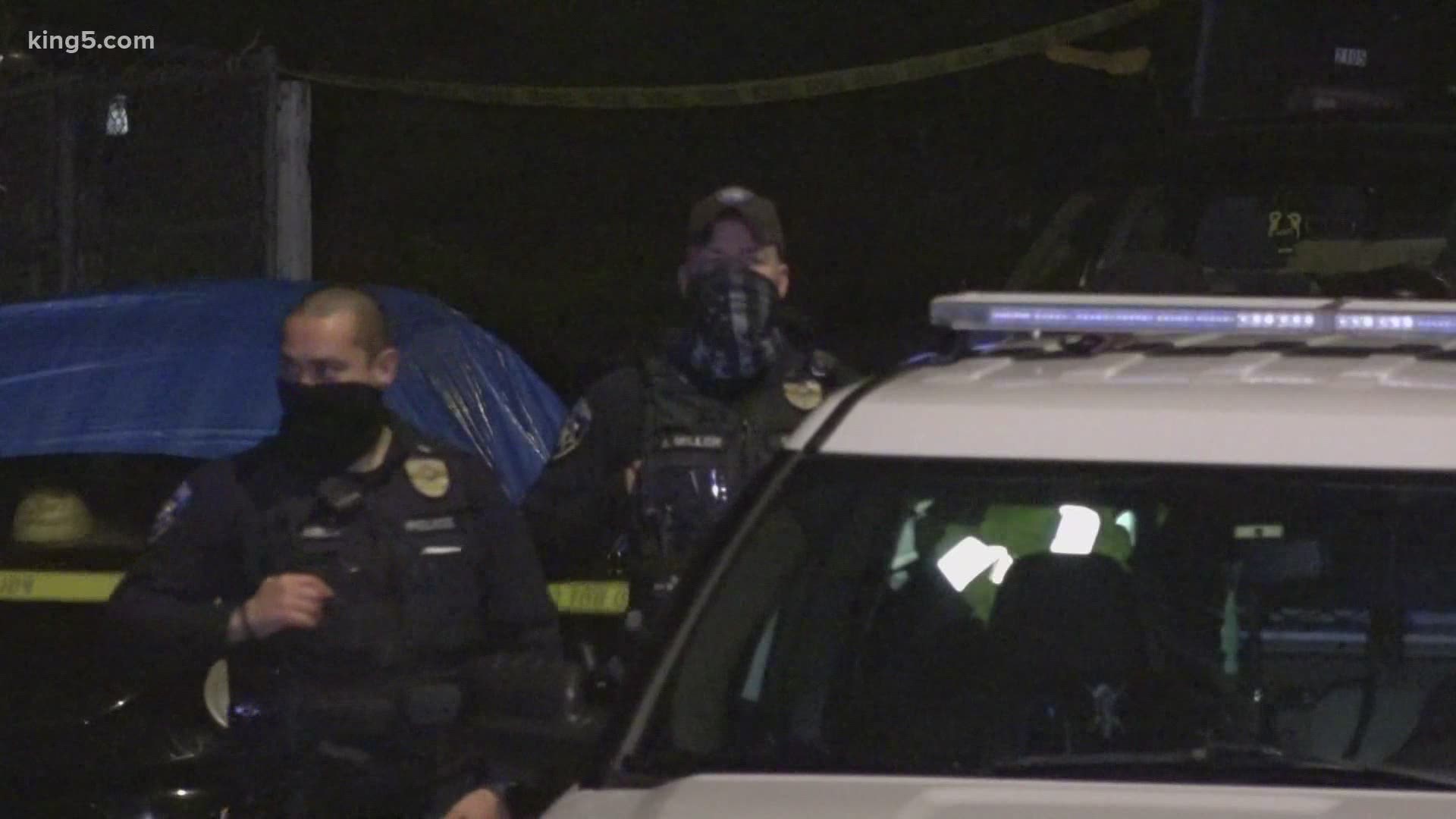 TACOMA, Wash. — One man is dead and another sustained non-life-threatening injuries after a shooting in Tacoma.

Around 12:30 a.m. Friday, officers responded to the 2100 block of East 60th street after South Sound 911 began receiving calls claiming a man had been shot.

When officers arrived, they found the 55-year-old man unresponsive and began performing life-saving measures, but he did not survive. The other victim, a 42-year-old man, refused a ride to the hospital.

No suspect information has been released at this time. The investigation is ongoing.