Signs for T-Mobile Park are slowly replacing the Safeco Field signage before the Seattle Mariners' home opener on March 28. 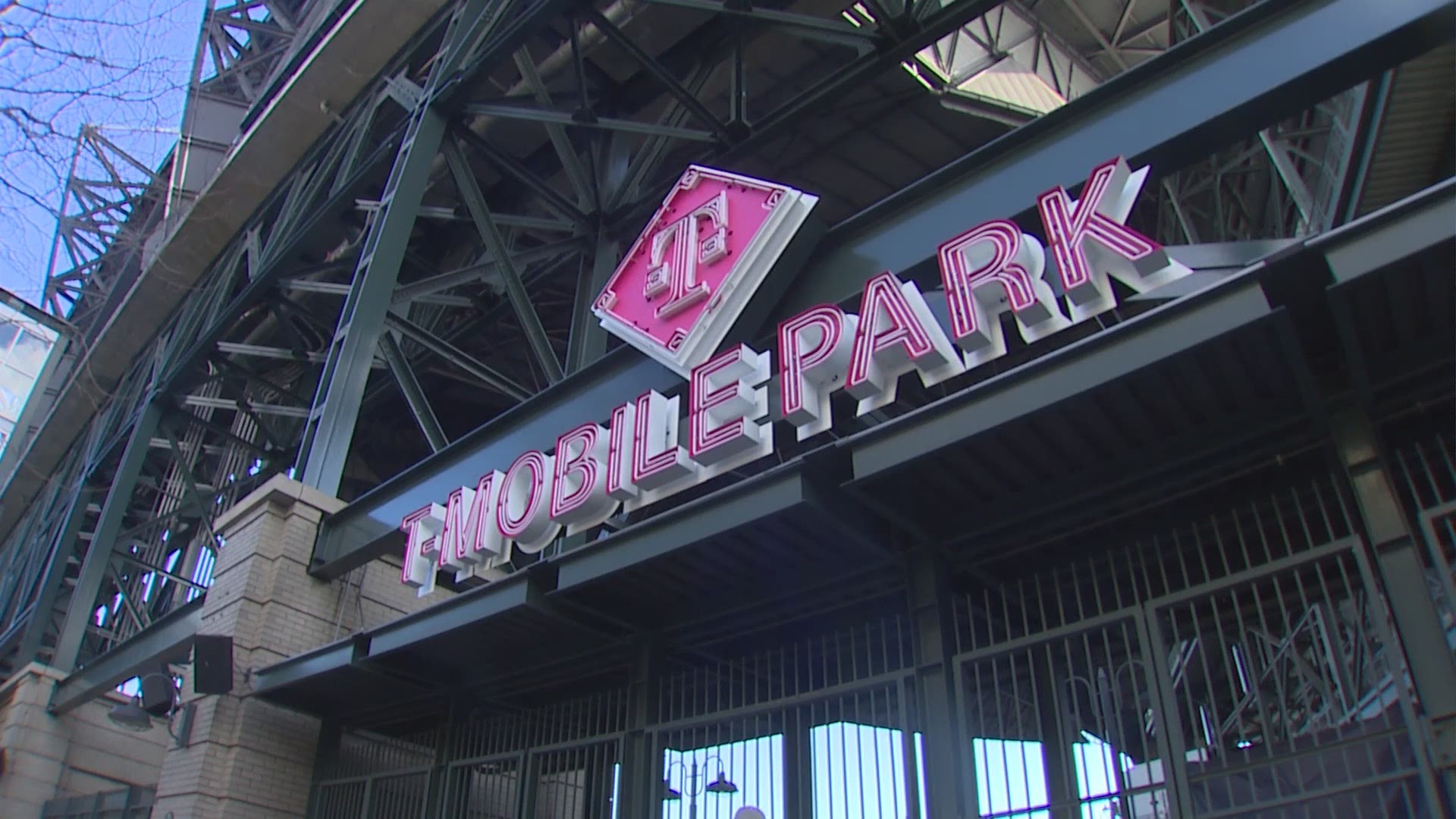 Seattle Mariners fans may be True to the Blue, but the baseball stadium is turning a different hue. Signs for T-Mobile Park went on display Tuesday, with the signature magenta color replacing Safeco Field signage.

Crews are installing the new signs ahead of the Mariners home opener against the Boston Red Sox on March 28. The majority of the signage is on track to be finished by early March.

The Mariners and T-Mobile signed a naming rights deal that began in January and runs through December 2043. 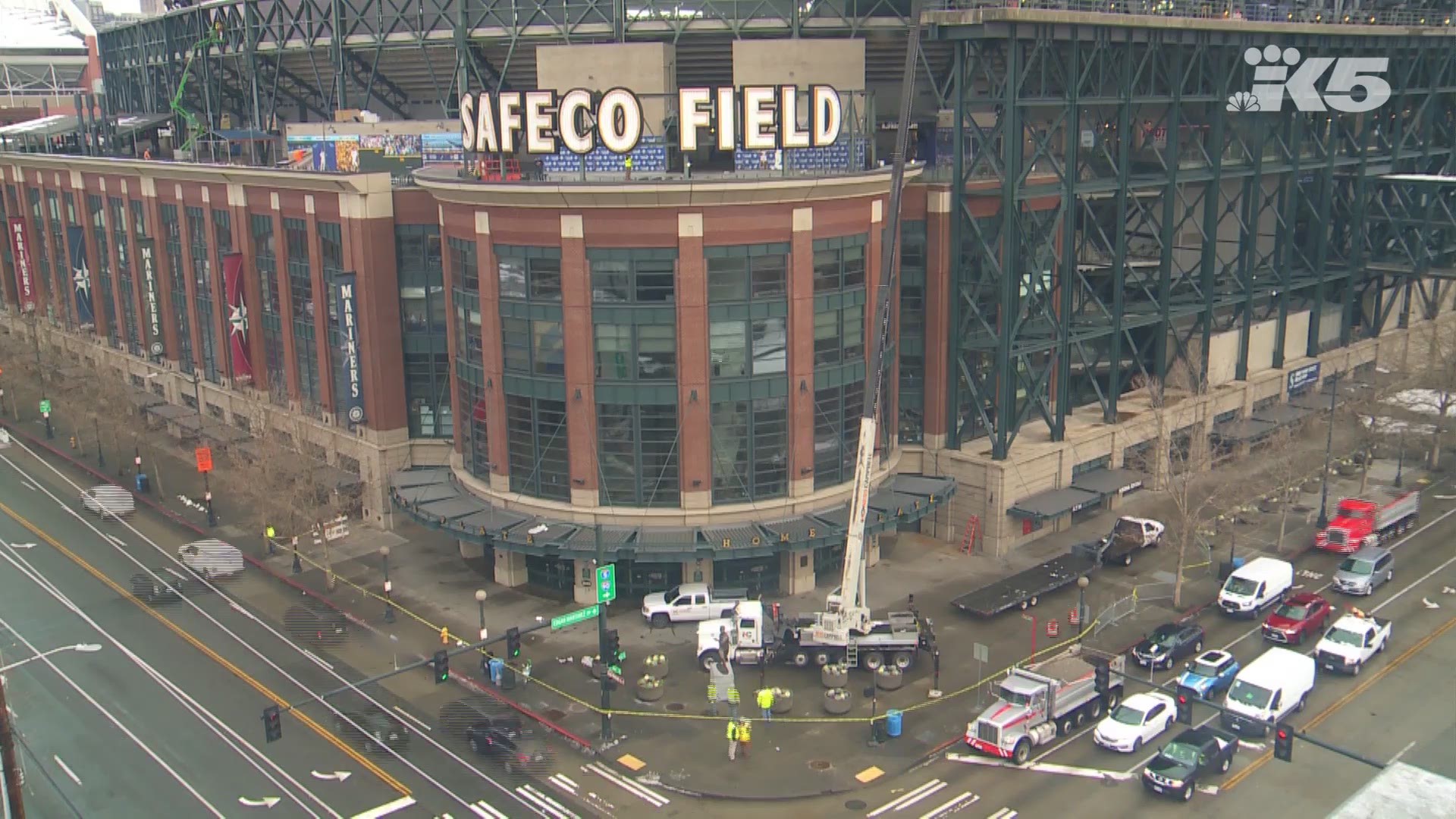