Some families have been unable to stock up on — or find — baby products. Health officials are concerned by alternative recipes for formula circulating online. 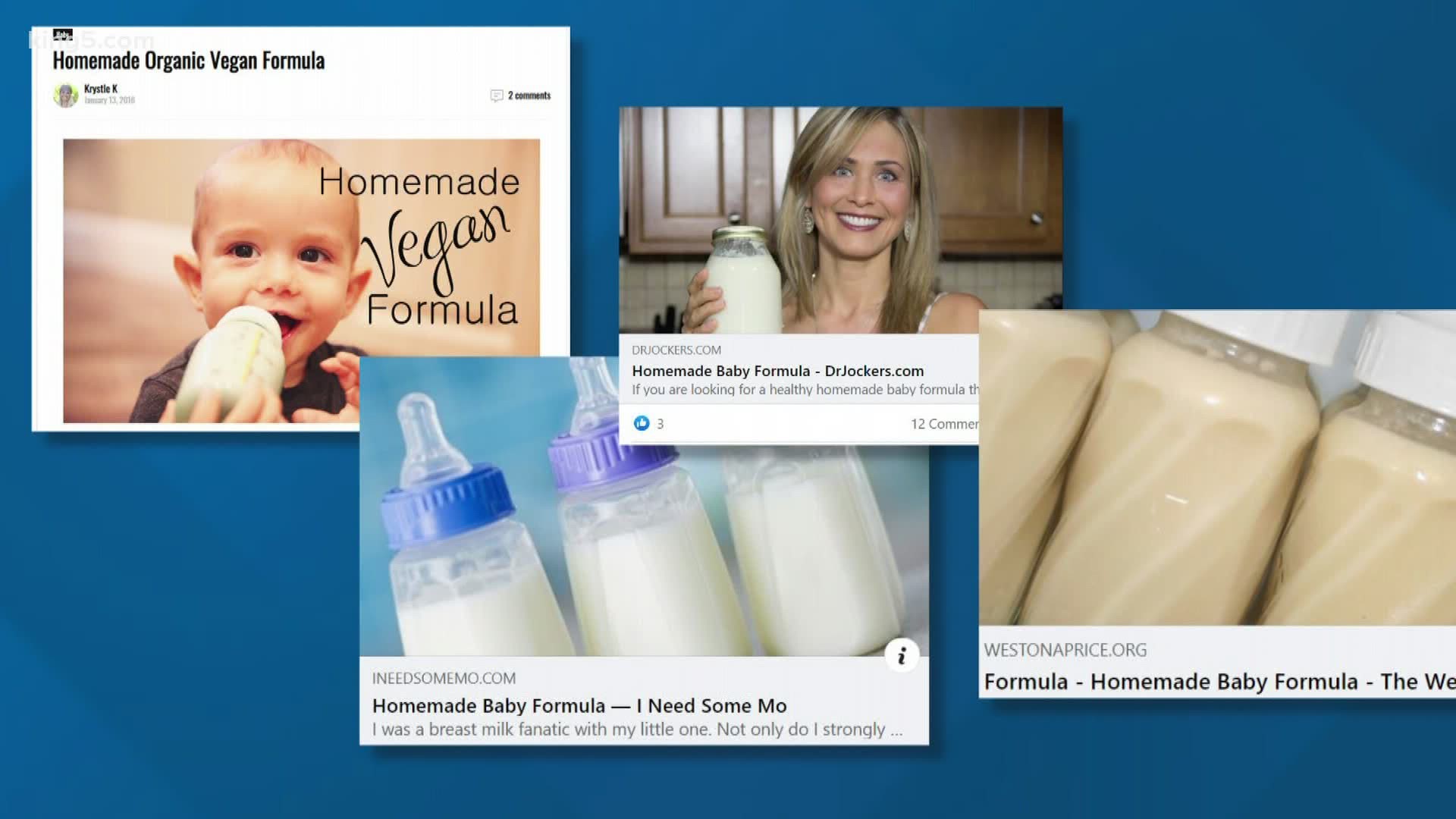 In addition to concerns about finding toilet paper, some new parents are worried about getting enough formula and diapers.

A Seattle non-profit said there's a recent surge in demand for baby products, while doctors have a warning for families seeking a do-it-yourself alternative to feed newborns.

West Side Baby, an organization that provides diapers, formula, cribs, and strollers to families, has been inundated with cries for help during the coronavirus (COVID-19) pandemic.

In some cases, families under financial stress cannot afford products. In other cases, they're having a hard time finding shelves stocked, said Sarah Cody Roth, the organization's executive director.

“Demand is unprecedented,” explained Cody Roth. “Families that were already struggling to make ends meet day-to-day were really not able to stock up.”

RELATED: Washington residents on food assistance will get extra money during coronavirus crisis

West Side Baby delivered about 22,000 diapers to parents in need last Tuesday.

“We are estimating that we're going to need to continue to distribute twice as many diapers per month as we normally would,” Cody Roth said.

The Washington Department of Health is warning parents to not attempt to make baby formula at home. Recipes are making the rounds on social media, which has been alarming to health officials.

“Infant formulas are made to very specific standards that the government sets,” said Paul Throne, state director of the Women, Infants, and Children nutrition program. “They're made very precisely, and they're made under sterile conditions. It's impossible to duplicate that at home and people are really taking a chance on feeding something to their baby that could actually be harmful.”

Throne said he had not heard of any widespread formula shortages, but if families enrolled in WIC are having difficulty finding what they need, they should contact their local WIC office. They can also get help at the ParentHelp123 website.

He said the state was expanding food options for families seeking to use their WIC benefits in grocery stores, in response to shortages of specific staples, like bread, eggs and dairy products.

West Side Baby said that because of its deep relationships with suppliers, it should be able to meet the increased demand, which could last for months.

“We're making an assumption that this is a marathon, not a sprint,” Cody Roth said.