Suicide awareness training for Washington lawyers and their clients

There’s a new effort to help Washington lawyers and their clients, who are often in highly stressful situations, to recognize symptoms of anxiety, depression, and mental distress. 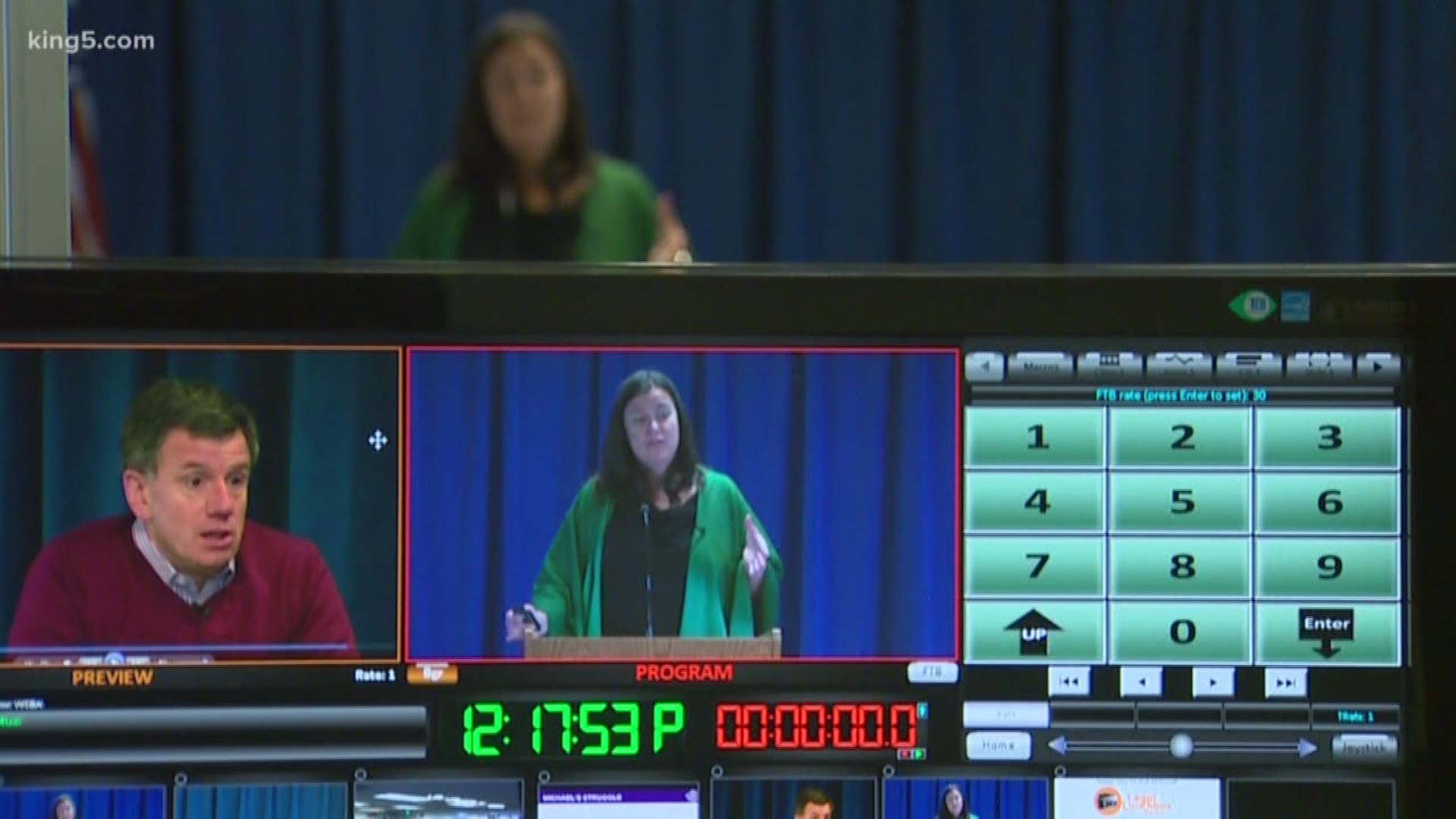 SEATTLE — Lawyers and the clients they represent are often in high-stress situations. Now there's a new effort to help them recognize symptoms of anxiety, depression, and mental distress.

Around 1,600 lawyers in the Washington State Bar Association clicked on a lunchtime webinar Tuesday to learn about an uncomfortable topic all too common in their line of work: suicide.

“Lawyer assistance programs across the country are reporting increasing alarm about this problem. I know of multiple lawyer suicides in Washington state in the last year,” said Dan Crystal, a psychologist with the bar association, who participated in the suicide prevention webinar.

The training pulled together proven suicide prevention techniques developed by Forefront Suicide Prevention and a personal story about someone in a high-stakes career who overcame thoughts of suicide.

“You get trapped in the black hole that spins only in one direction, and then you start to have these thoughts, and the thoughts become more and more serious, and then you start fixating on them, and that's what happened to me,” said Michael Rawding, who works in international business and once led Microsoft’s Asia operations.

About two-and-a-half years ago, as he was starting a new career with an executive recruiting firm, Rawding fell into a deep depression and thought about taking his own life. In a series of videos throughout the training, he explained how he ended up in despair. It’s a message that resonates with many in the legal profession.

Rawding told the webinar audience how his wife and others in his life spotted warning signs and insisted he seek professional help.

“The whole notion for some people, and particularly for many men, of seeing professional therapists or psychiatrists is viewed as a failure, and that’s a mindset shift that we have to collectively, as a society, help address, because it’s not a failure,” he said.

“We live in a society and a culture right now that is, generally speaking, not good for our mental health, and I think this is like the CPR of our time,” said Dr. Jennifer Stuber, who lead the training.

She co-founded Forefront Suicide Prevention at UW after she lost her husband Matt Adler in 2011. He was a junior partner at a major international law firm, where his symptoms of anxiety and depression spiraled out of control.

“Tragically, he ended his life at 40,” Stuber said. “And the reason I do this work is, I believe if I had known the skills that I'm teaching today that he might be alive,” she said.

A 2016 study alarmed many in the legal profession and prompted changes in how they deal with mental health. It found that lawyers, especially younger ones, struggle with depression, problem drinking, and anxiety at rates higher than the general population.

Lawyers also spend a lot of time with people who are navigating stressful situations, such as lawsuits, divorces, custody disputes, and prison terms.

The association hopes the lesson, and another more in-depth webinar later this year, will help lawyers recognize when clients or co-workers are in crisis, and give them some guidelines for how to respond.

Rawding is healthy today because others spoke up and helped pull him back from the brink.

“Do it now, before it gets too late, and I just think that's so important,” he said.

If you or someone you know is in emotional distress and needs help, you can call the free and confidential National Suicide Prevention Lifeline at 800-273-8255.