Saturday marks one year since a man stole a commercial airplane from Sea-Tac airport and crashed it on Ketron Island in Pierce County. 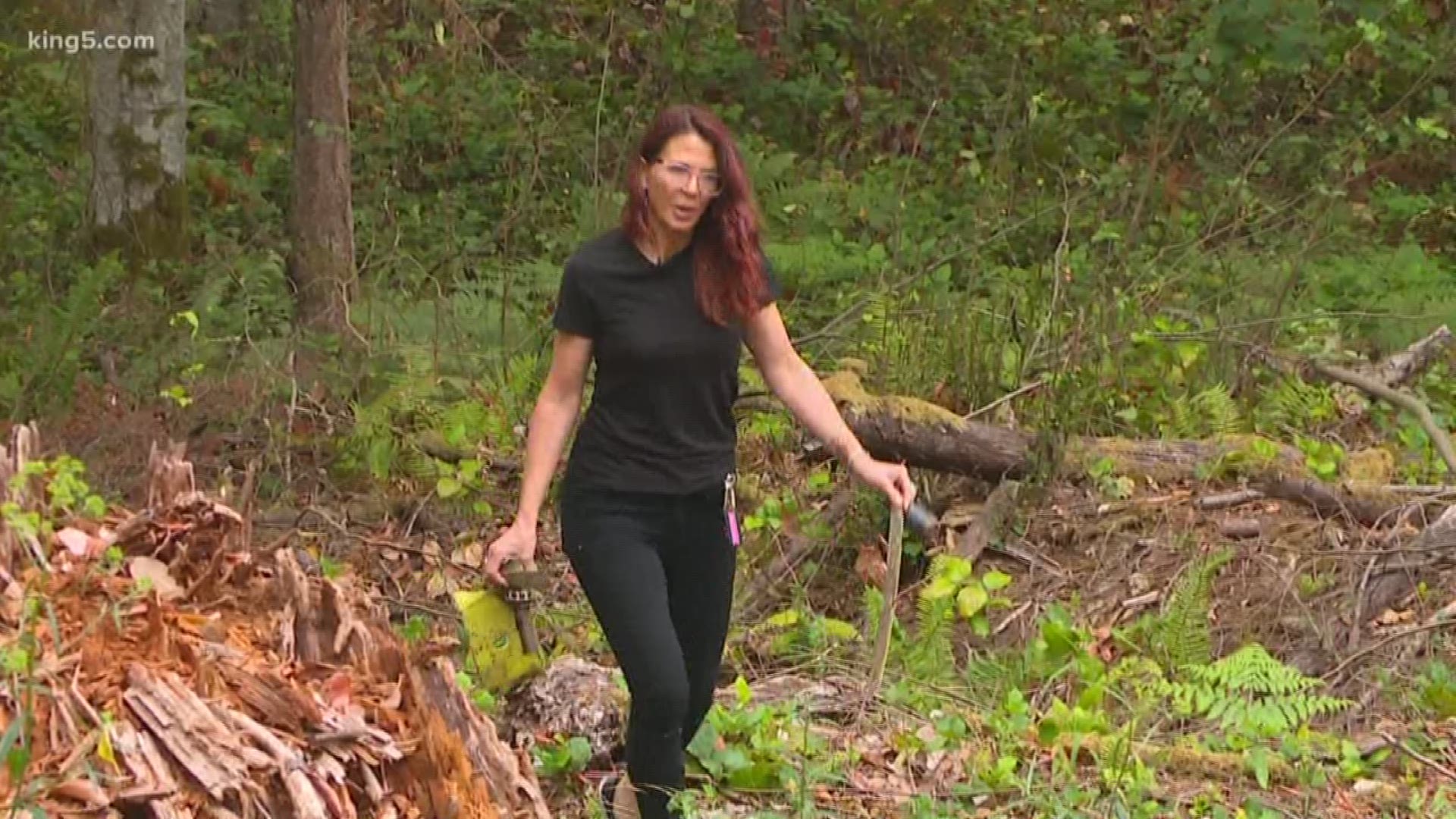 KETRON, Wash. — Saturday marks one year since a man stole a commercial airplane from Sea-Tac airport and crashed it on Ketron Island in Pierce County.

A lot has changed since then. New vegetation has grown, and wood chips have covered the scars in the earth, but the owner of the land is still finding pieces of aircraft debris.

“It was dry and burnt and covered in litter and now it’s a meadow,” said Tiffany Lundgren, whose father bought land at the southern tip of Ketron Island in the 1970s as an investment.

It’s always been one of those places she didn’t have to think much about, a secluded swath of forest she’d visit for camping or to just have a getaway.

“It’s taken on a new energy, it’s not quite what it used to be,” Lundgren said.

The tranquility shattered a year ago when Richard Russell, 28, an Alaska Airlines employee, stole a Horizon Air Q400 plane from Sea-Tac and flew it out over Puget Sound.

Air traffic controllers tried to get him to land, but Russell kept going.

He swooped and banked over neighborhoods for more than an hour, with Air Force F-15 fighter jets in tow.

At 8:46 p.m., the aircraft angled down toward Lundgren’s property and slammed into the trees, breaking apart and bursting into flames. The final descent appeared to be intentional, the FBI said.

Days after the crash, cleanup crews contracted by Alaska Airlines and its insurance company arrived on the island and started removing debris.

Lundgren figured they’d keep coming back until the job was done, but she was still finding big pieces of aircraft wreckage a month after the crash.

Alaska Airlines said its work was not finished. The company needed more time to clean up.

Crews returned in March and continued scouring the soil, though removing every bit of debris is proving to be a challenge.

“Just when I think there’s no more left to be found, there’s always something more to be found,” she said.

It’s not over yet. Lundgren said she had to cover some cleanup costs and her lawyer is still negotiating with Alaska Airlines’ insurance company over the expenses.

Overall, she said she’s satisfied with where things stand today. The property is in much better shape than it was a year ago.

The scars will eventually fade, but Lundgren’s quiet corner of Ketron Island will always feel different.

“Still a little bit of a reminder,” she said.

Ketron Island is private property. Lundgren said there have been unwanted visitors over the past year, driving onto her property so they can see the crash site.

She said she has been told there will be police stationed on the island for the one-year anniversary of the crash.