Spokane boy sells lemonade to raise money to buy puppy, ends up with $1,500

Over the course of just two days, Nick learned the Spokane community can be just as sweet as the lemonade he served. 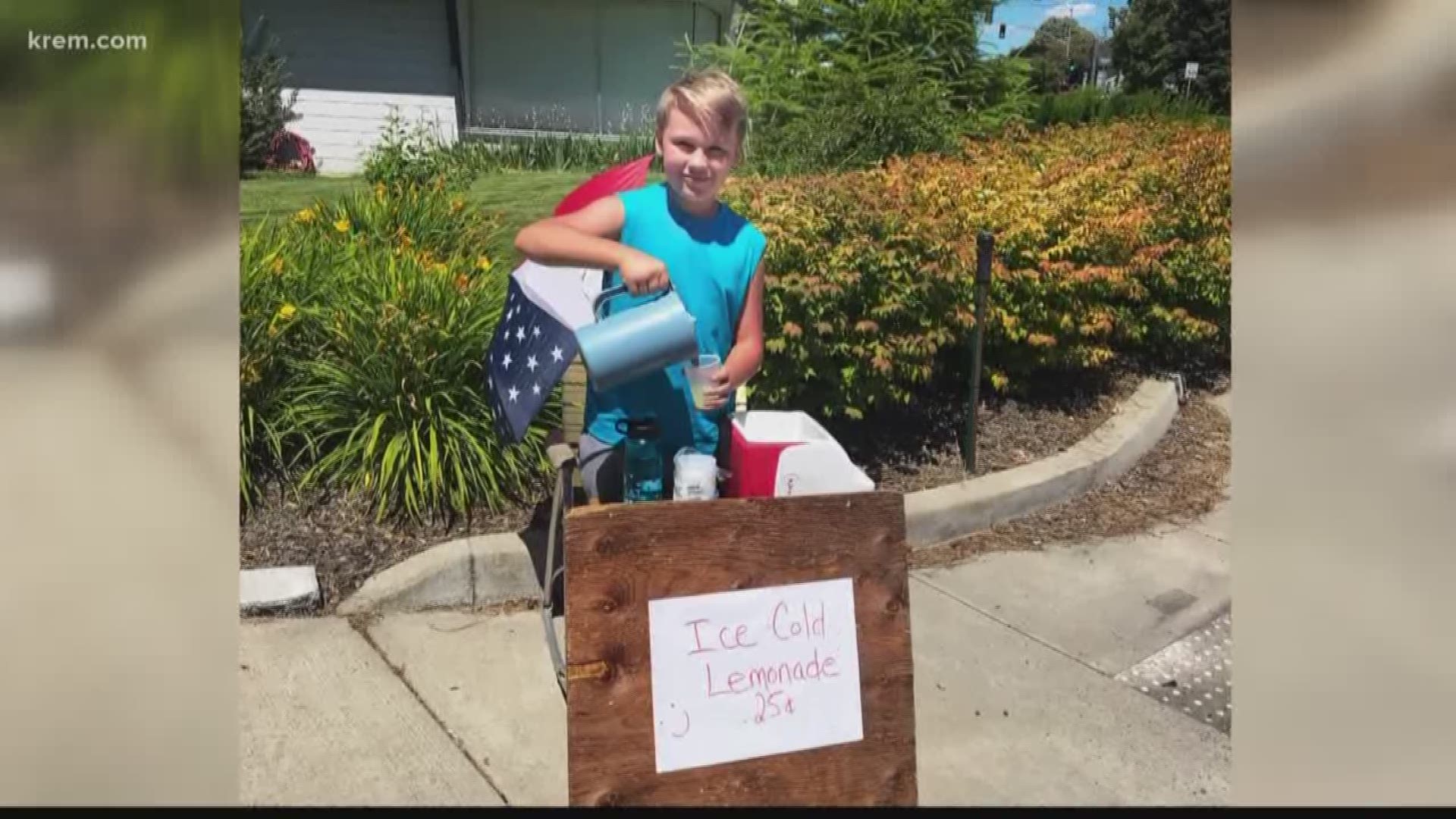 A Spokane boy is on a mission to adopt a puppy.

About two years ago, 11-year-old Nick’s family dog passed away. This year, he decided he is ready to bring home a new best friend. He got to work and set up a lemonade stand. Over the course of just two days, Nick learned the Spokane community can be just as sweet as the lemonade he served.

"I thought I'd do maybe 30 or 20 dollars and I'd go back to doing yard work for people. But I was way more successful than that," he said.

He was so successful he ended up raising over $1,500 in just two days.

“I was thinking, ‘Well, I'm going to get this dog.’ I'd Like a smaller one like a Chihuahua or a pug or a wiener dog," he said.

The cups of lemonade continued to stack up and so did the acts of kindness. A woman named Bonnie bought some lemonade from Nick and then came back with a doggy blanket.

"It has her initials in the corner and the date when it was made so I know around the time I got my dog. The blanket is actually for the dog," Nick said.

"When I saw the first car pull up I was thinking he was going to bust me and I thought, ‘Oh no!’ Then another one showed up. By the sixth car I thought I don't think this many troopers would come for me," he said.

"We got a good glass of lemonade from him and it was fun to go out there and show him some support," said WSP Trooper Brian Luedtke.

Spokane Police heard about their visit and wanted to show Nick their support as well. Luedtke said the community's support for Nick shows how truly generous and kind our community can be.

"It's a true testament to how good of people we have and that we're so fortunate to live around a community that cares so much about our neighbors," Luedtke said.

Nick plans to donate the remaining money he raised to the animal shelter he rescues his new pup from.