Voices from across the metro: How has George Floyd changed us?

From the suburbs to the city, people reflect on the promise of change. 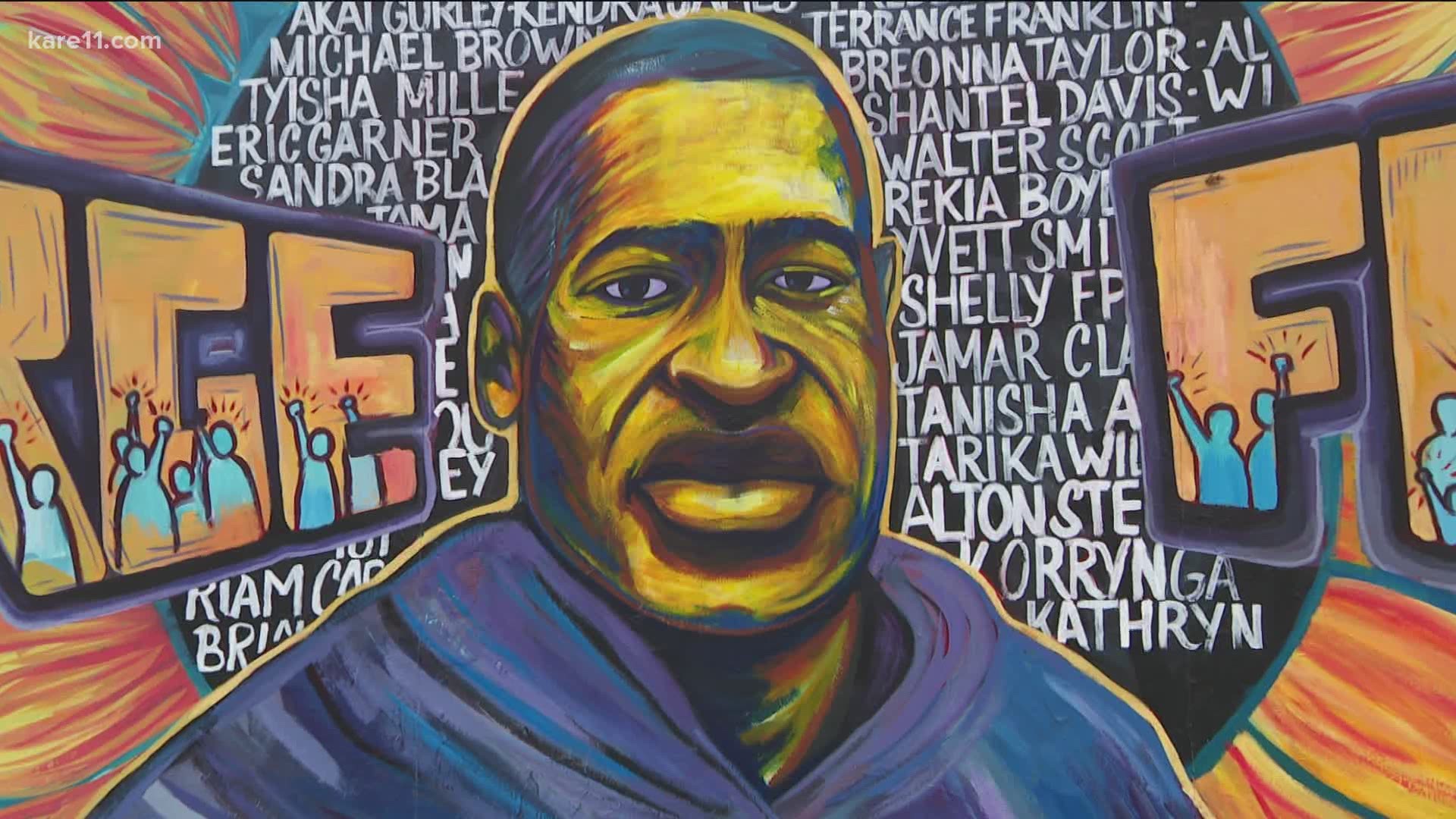 That theme permeated Floyd's Minneapolis memorial service and continues to inspire visitors to 38th and Chicago, where Floyd was killed by a Minneapolis police officer.

But a year later, has Floyd’s murder changed us as people?

"I feel like as a community here in Hudson, it changed us, in that it started a lot of conversations I don't think were happening before,” Suzi Higgles says from the window of Joe to Go, a drive-thru coffee hut she runs with her wife, Jess, in Hudson, Wisconsin.

“It made me definitely stop pretending that I don't have white privilege, because, I absolutely do,” Suzi Higgles continued.

Working the opposite window of the coffee hut, Jess Higgles says the Floyd murder forced her to confront uncomfortable truths.

“The concrete evidence of having a beginning to end video documentation of the murder that happened by a police officer erases any issue of doubt as to whether or not this exists,” Jess Higgles said.

RELATED: Power to Change: The Legacy of George Floyd

He’s holding the hand of his 4-year-old son Ayub.

“It changed not only me, all the society around me,” Mohamed says.

But the changes Mohamed feels are not for the better.

“The police are killing you on the street for very small mistakes,” the Ethiopian immigrant says.

Since Floyd's murder, Mohamed finds himself worrying more for his four children.

He pauses, to compose himself, apologizes for becoming emotional, then continues speaking, with Ayub patiently waiting at his father's hip.

“I am worried because I don't want my son to grow in this environment that we are already in,” he says. “I want this thing to be changed.”

RELATED: 'I didn’t know George, but I love George' | Witness remembers George Floyd ahead of anniversary of his murder

A short drive away at 38th and Chicago, Tiffani and Scott Glim are making their third visit to the George Floyd memorial with their four children.

“Yeah, I think it's changed us,” Tiffani Glim says of Floyd’s murder. “It's forced us to recognize the injustices that are all around us.”

Nine-year-old Bela says the murder has been a frequent topic of conversation within her family.

“We talked about it a lot at the dinner table,” she says.

Scott Glim says the family’s church in Waconia has taken a more active stance on social justice issues because of George Floyd. “I'm right in there helping them out with that,” he says. “Something that would have been totally out of my comfort zone a year ago.”

Back in the East metro, Belle Fulton has come to St. Paul’s West Side neighborhood to visit her cousin.

She says the video of Derek Chauvin’s knee on Floyd’s next still haunts her.

“When I watched the video, I cried, because I felt so bad. I felt so bad when he was literally saying, “I can't breathe.’”

The young African American woman is still angry that some people used Floyd’s death as an excuse to loot and burn other people’s property.

At work in her Selby Avenue flower shop, Carolyn Smaller says, “A lot of people don't want to change.”

As Smaller finishes a flower arrangement, her work room TV set is now back on regular programming.

For weeks Smaller was glued to coverage of the Chauvin trial.

Smaller wants to believe in change.

“You know I'm up there in age,” she says. “I've seen a lot happen and nothing has ever changed.”

RELATED: 'God always gives me the strength': George Floyd's sister reflects on one year since his murder