Hanna Safley will not be able to attended her school's June graduation because she'll be receiving treatment at Seattle Children's Hospital. 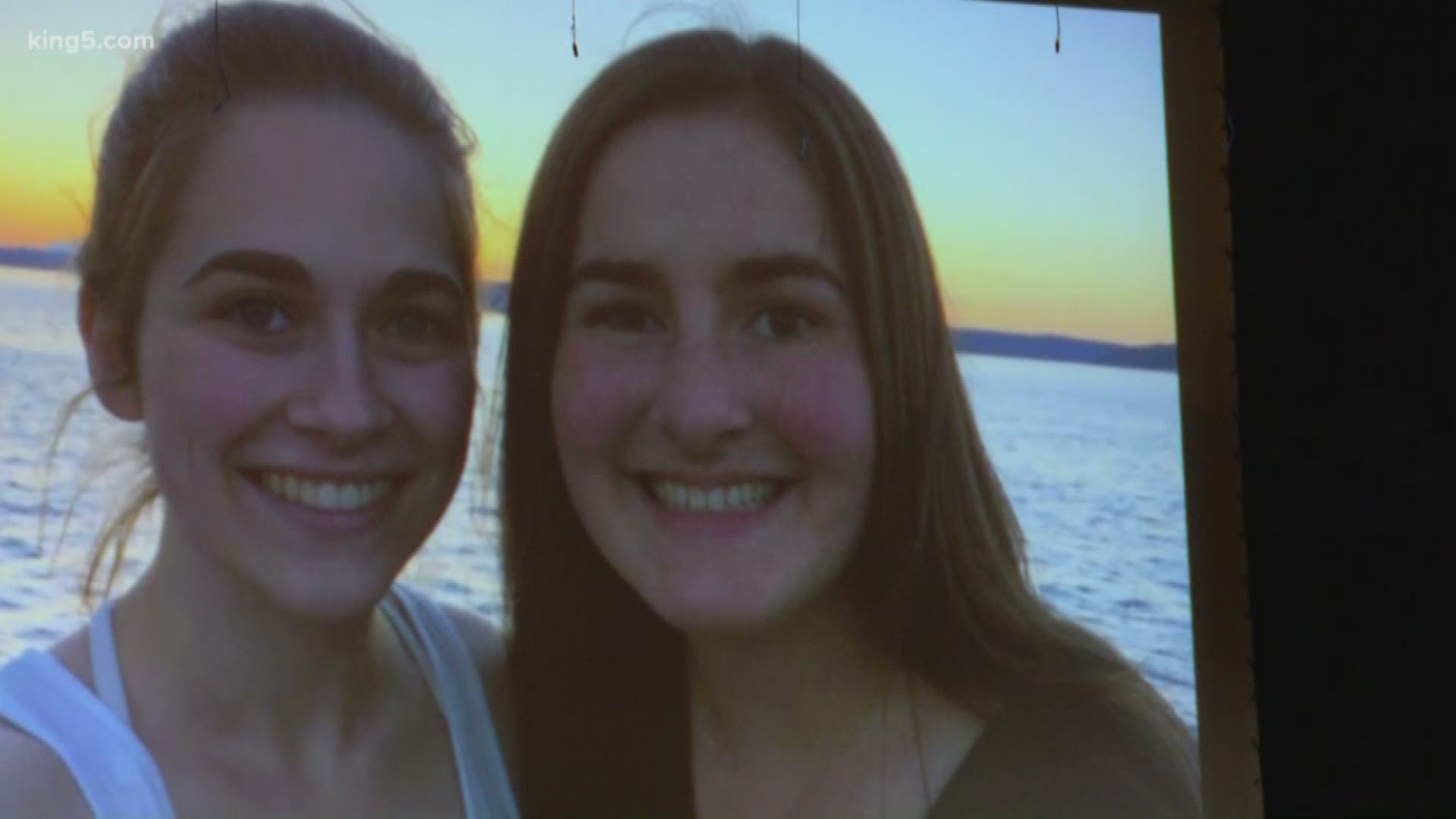 PUYALLUP, Wash. — The pictures taken at graduation show the start of a journey. Hanna Safley will not be able to attended her Puyallup school's June graduation because she'll be receiving treatment for cancer at Seattle Children's hospital.

On Thursday, Safley learned she has acute myeloid leukemia. She fought acute lymphoblastic leukemia when she was 13. Her mother, Kelly Safley, said the chemo is what caused the AML.

"It's a 1% chance it will happen, and it's happened to Hanna. The only cure is bone-marrow transplant," said Kelly Safley.

Hanna begins treatment next week at Seattle Children's hospital and will miss the school's June graduation. On Friday students and staff decided to put on an early graduation so she could walk the stage.

More than 100 people filled the auditorium, and the faculty came in to speak. Hanna's graduation also featured music by the Puyallup High School band and chorus.

"She deserves to have this day and walk the stage, because I feel like everyone who graduates from high school or even college deserves to feel that recognition," said Carley Wahlgren, a friend of Hanna's.

"I thought she would lose this milestone, lose this moment, but she get to have it," said Kelly.

Kelly said this second battle will be more difficult. They're hoping Hanna's sister will be a match for a bone-marrow transplant, but if not, Hanna will be placed on a donor list.

She said Saturday's graduation will help propel Hanna and the family forward.

You can see if you're a bone marrow match by clicking here.