Younger officers of color have the least seniority and could be the first ones laid off, SPD argued. City council members say there are ways to avoid that. 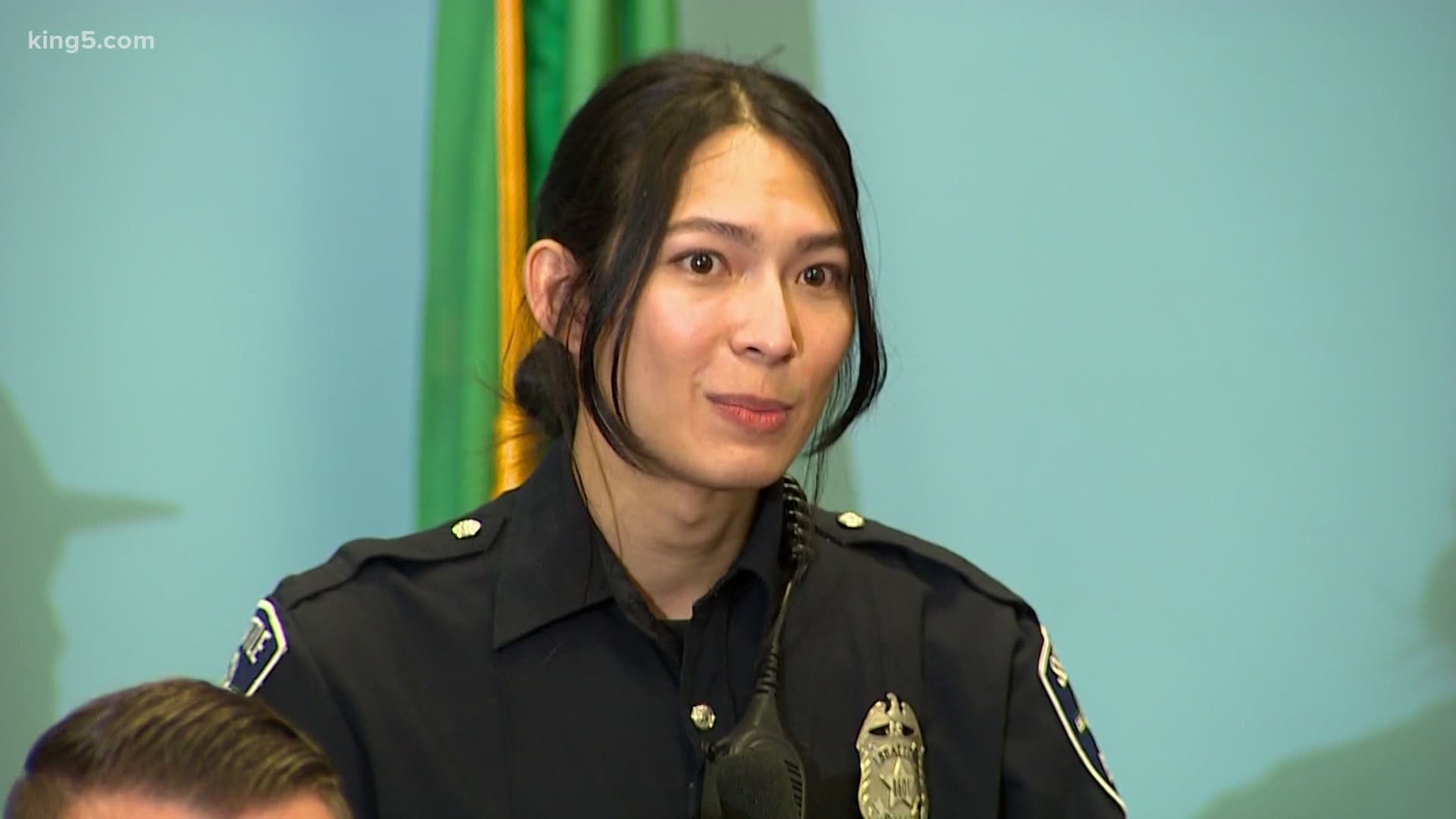 SEATTLE — As the Seattle City Council marches toward cutting Seattle Police Department funding and jobs, the department is pushing back, saying those cuts would impact younger officers of color the department badly needs right now.

“The whole reason why I got into this job is because I wanted to make a change and be that bridge, that open line of communication for my community who has been pretty underserved,” said Mia Nguyen, a newer officer who said she was told she might be laid off.

Seattle Mayor Jenny Durkan said that city law would require the SPD to cut the newest hires first. The Seattle Police Department says the newest hires are more likely to be officers of color.

Nguyen and several other officers were made available Thursday for media questions after SPD rolled out a new website meant to put a human face on the department.

The site explains how officers do their jobs, and outlines rules they must follow when using force.

“The cries of frustration that we’re seeing across the nation, yes, it's real, but on the same token, people gotta know that we’re also reaching out, trying to do everything that we can in this department to rectify some of the issues that we’ve been facing,” Sgt. John O'Neil said.

In response to SPD’s new website, activist and former mayoral candidate Nikkita Oliver tweeted: “I don’t believe u, @SeattlePD. We tried reform. It’s time to defund and invest in public health & public safety that works for us all.”

City council members, the majority of whom support a plan to trim as many as 100 Seattle Police Department jobs, disagree with Durkan’s interpretation of city law, which requires SPD to cut the newest hires first.

“The mayor paints a picture that the council is interested in eliminating diverse recruits and that those would be the first to go, but the mayor's assertion that there is no way to avoid laying off diverse recruits is simply untrue,” Council President Lorena Gonzalez said Thursday.

She and other councilmembers said Durkan can make a request to a city commission that deals with officer hiring and firing and ask if SPD can go out of order with layoffs, to hold onto those younger officers.

But councilmembers who support major cuts to the Seattle Police Department say the department and mayor's office need to find a way to address both cuts and diversity.

“If the executive does not try, then they will be the ones being held accountable,” Councilmember Lisa Herbold said.