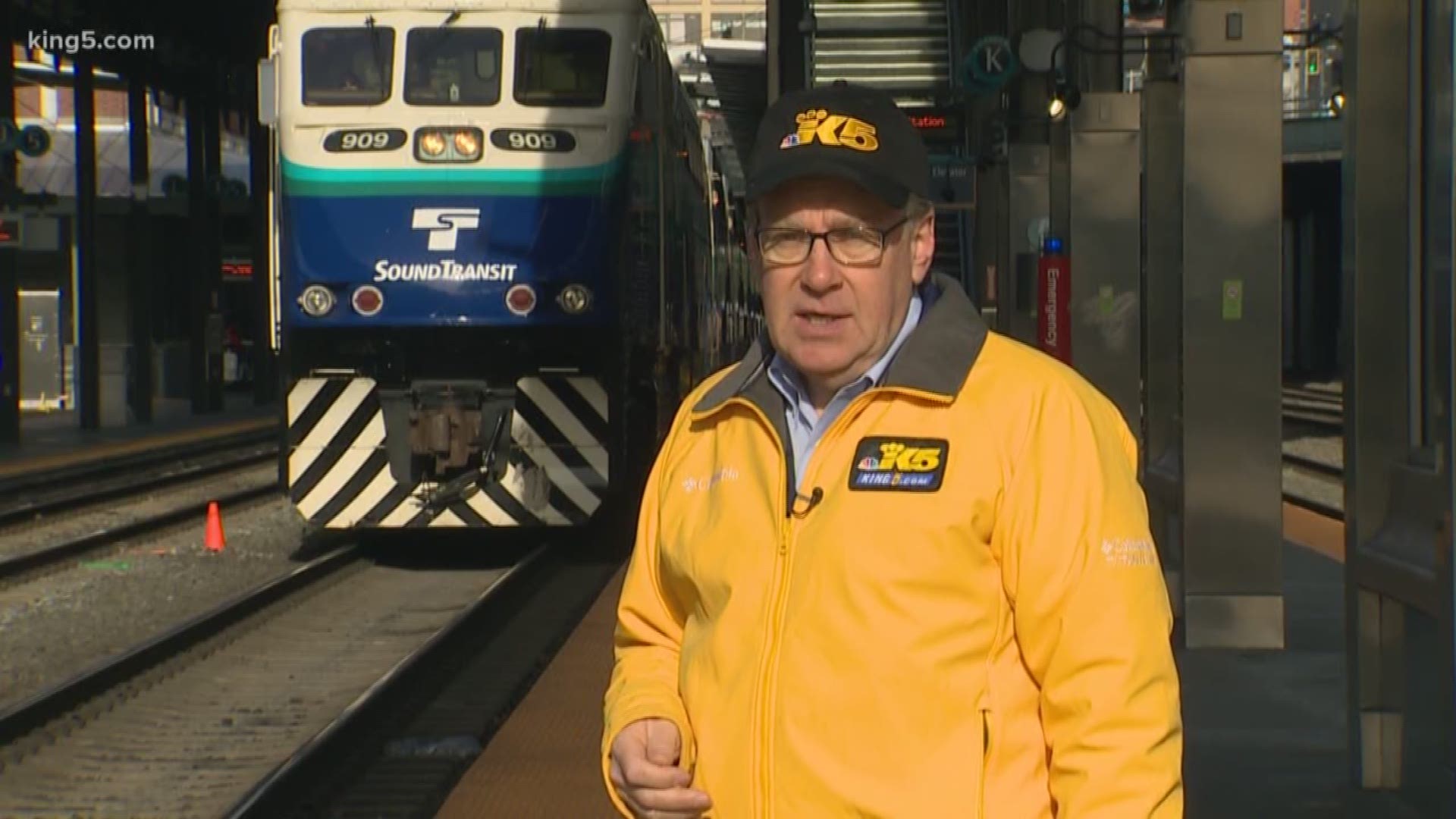 Sound Transit says it is fully compliant with positive train control, or PTC, on all of its trains, on all of its routes — and has been since October.

PTC is a complex system that can slow down or stop a train if it's going too fast or heading into a danger zone.

The system relies on the satellite-based global positioning system, or GPS, much like the guidance system in your car, to know where it is. Radios also communicate to a central railroad computer to know the placement of switches, whether maintenance crews are on the tracks or another train is blocking, or on a collision course.

The Federal Railroad Administration required that all railroads be PTC compliant as of December 31, 2018, with some exceptions in the form of extensions, which was already an extension of the original 2015 deadline.

It's widely believed PTC could have prevented a deadly derailment on January 18, 2017 in DuPont, Washington where an Amtrak Cascades train entered a 30 mph curve just before crossing a bridge. The problem, says the National Transportation Safety Board, is the train was going nearly 80 mph at the time.  The result was that the brand new locomotive and portions of several cars derailed and ended up on I-5 below.  Three passengers aboard the train were killed and dozens injured.

While most Sound Transit commuter trains ride over Burlington Northern Santa Fe tracks between Seattle and Everett, and Seattle and Tacoma, the extensions to Lakewood and DuPont are over tracks acquired and upgraded for higher speeds by Sound Transit.  While the line was the scene of the 2017 derailment, the line had already been upgraded with the trackside PTC equipment. The Amtrak train was not.

Called the Pont Defiance Bypass, a shortcut designed to shave nearly 10 minutes off the typical trip between Seattle and Portland, Amtrak trains still do not run on that, line awaiting the final accident report and probable cause from the National Transportation Safety Board.

Sound Transit CEO Peter Rogoff says PTC has been 99 percent reliable. He said there have been some small glitches where the system automatically brakes some trains, thinking they are going faster than they are.  The commuter railroad said it's working with the manufacturer to track down and eliminate the problem.