County leaders say nonprofit Farmer Frog breached their lease agreement and that they must leave their location by 5 p.m. Friday. 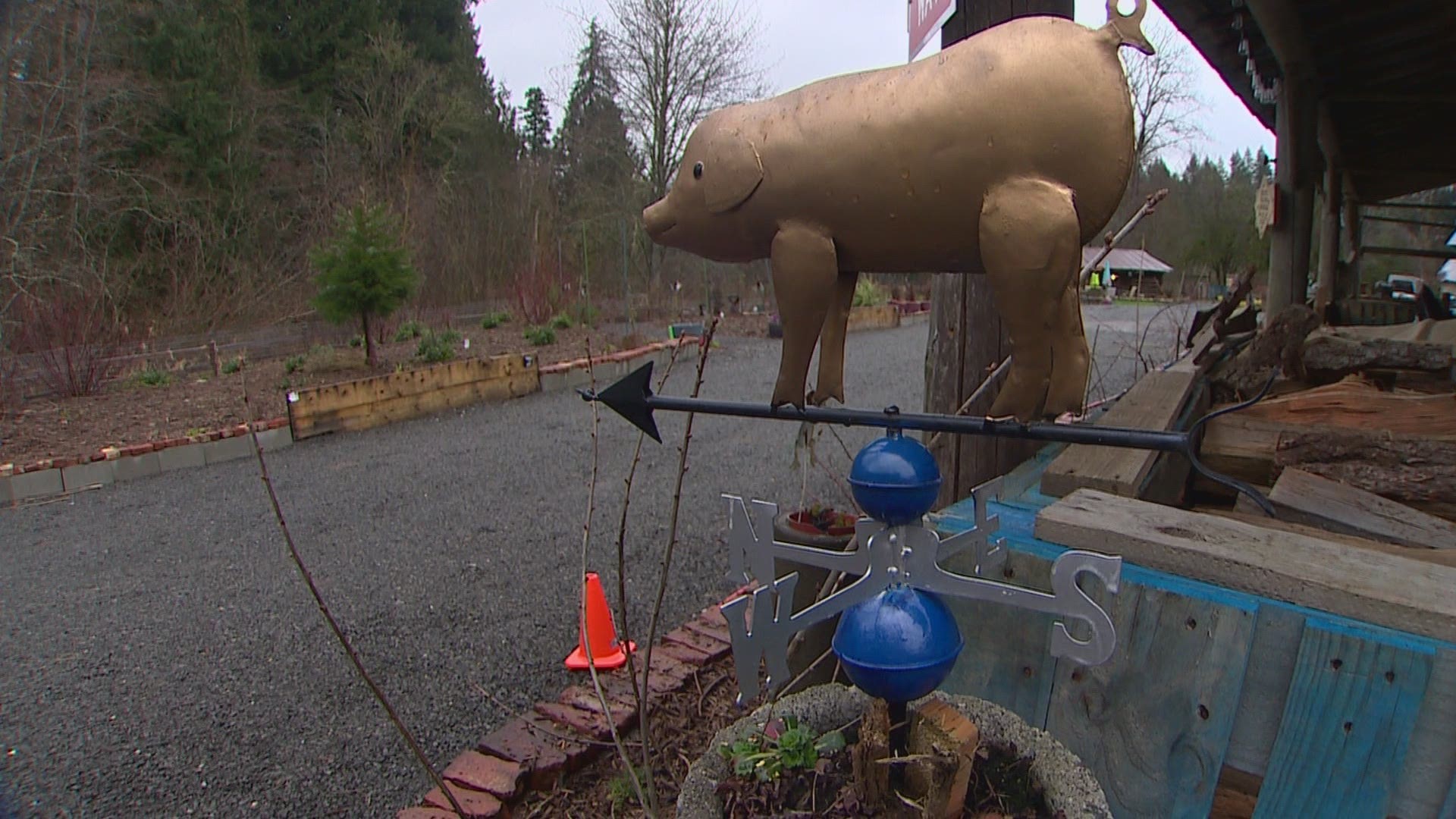 "We service all the tribes in Washington, we service food pantries at schools, at community centers, we service churches,” said Zsofia Pasztor, Farmer Frog’s cofounder.

Pasztor says popup and grassroots food pantries across the state are at risk of losing their food supply.

"Food banks can’t pick this up, food banks are all maxed out,” said Pasztor.

Pasztor says the Snohomish County Department of Conservation and Natural Resources is ordering the nonprofit to take action to relocate its food distribution operation by 5 p.m. Friday.

Pasztor says a large amount of those seeking food assistance are people of color. She says if the emergency food operation has to be relocated, it would impact critical access to food assistance.

"Most of the BIPOC (Black, Indigenous, People of Color) community would not have any access at that point,” said Pasztor.

A shocking turn of events, as Pasztor says the group has served more than two million people since March 2020.

As to what prompted the order, Tom Teigen, director of the Snohomish County Department of Conservation and Natural Resources said the operation has expanded beyond the capacity of the site.

"Snohomish County applauds Farmer Frog’s efforts to distribute food to communities in need during the pandemic. However, their small operation has expanded to an industrial scale beyond the capacity of the site, breaching their lease," Teigen said in an emailed response to KING 5.

”I really believe this is a good location for that, we are actually in compliance," said Pasztor.

Teigen also said the county had sought a meeting with Pasztor.

“We want to work with Farmer Frog to facilitate a resolution. We remain open to assisting them but they have not been responsive to our requests for a meeting,” Teigen said.

Pasztor said that the request never came through.

"What meeting, my answer to that is, what meeting, I didn’t get a calendar meeting,” said Pasztor.

Pasztor remains hopeful even as time is running out.

"The most important thing is find a way to collaborate, stop threats, stop pressuring, find a way so we can work together,” said Pasztor.