The release of an estimated 40,000 mink is now being called an incident of "domestic terrorism" by the Stearns County Sheriff. 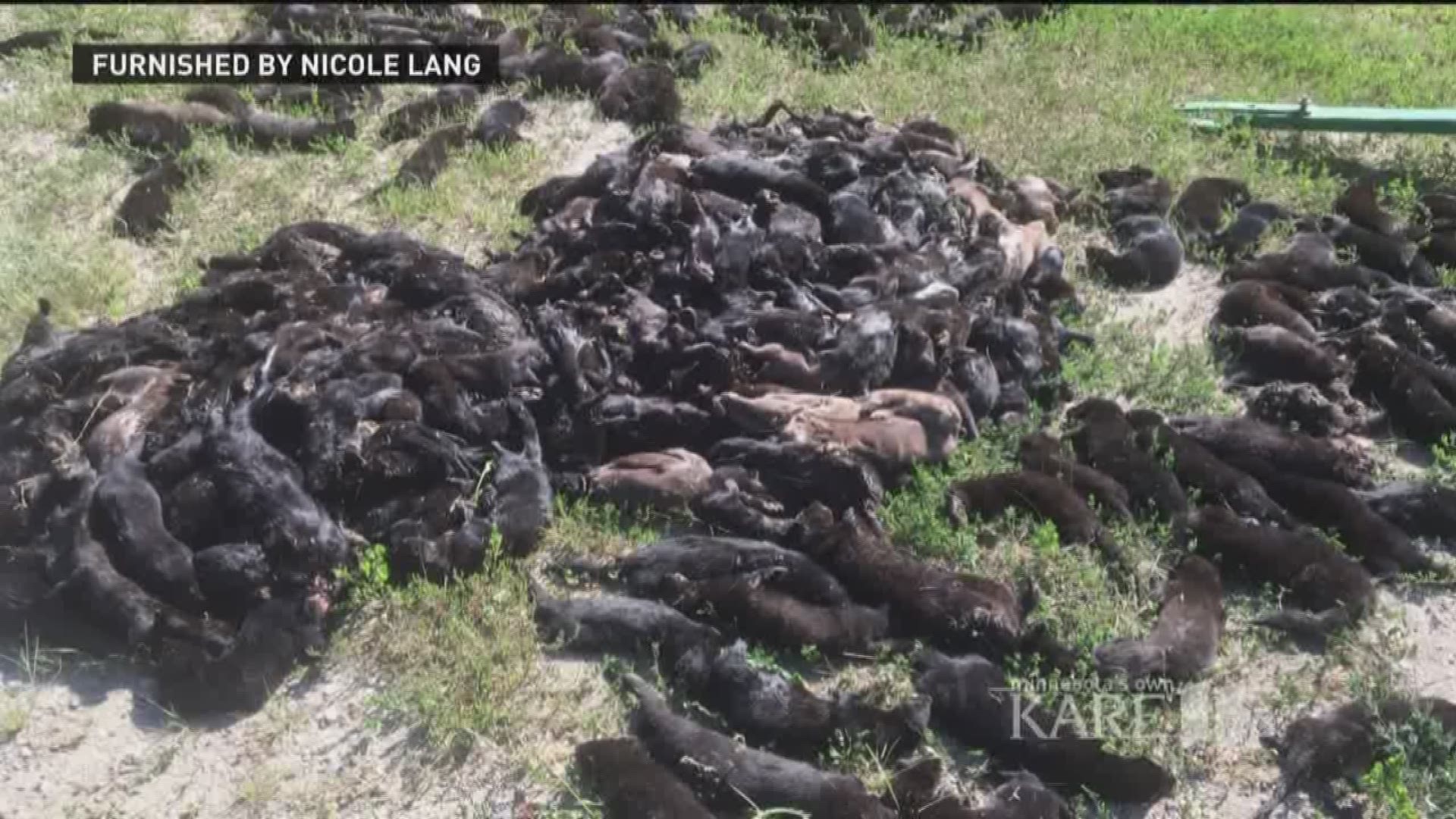 EDEN VALLEY, Minn. - The release of an estimated 40,000 mink is now being called an incident of "domestic terrorism" by the Stearns County Sheriff.

"They are not interested in animal rights, they are interested in chaos," Gudmundson said Tuesday morning of the people who released the mink.

Fur Commission USA, the mink farming industry group, announced Tuesday a $10,000 reward for information leading to the arrests and conviction of the perpetrators.

Investigators, who now include agents of the FBI, believe more than one person dismantled the exterior fence at Lang Farm between 10:30 p.m. Sunday and 5:30 a.m. Monday.

Because of the effort required to dismantle the fence, the sheriff believes more than one person committed the crime, which is an estimated loss of $750,000 for the business that raises minks for pelts.

Evidence suggests the vandals parked about a half-mile away from the farm on a township road. They then released all the mink — between 30,000 and 40,000 — from their cages.

Dan Lang, the co-owner of the farm started by his great grandfather in 1936, said it has been a traumatic few days for family and employees.

"These people that let these mink out, they gave them a death sentence is what they did," Lang told KARE.

He estimated at least 5,000 mink had died, either from heat stress or the chaos that ensued after the animals were released. The family shared photos of scores of dead mink in the scoop shovel of a front end loader, and others strewn on the ground.

"We care for these animals every day of our lives, seven days a week, 24 hours a day. And, what breaks my heart is watching my mink die right now."

He said domesticated mink generally will not survive in the wild because they lack natural survival skills. They've been caged and fed their entire lives.

Those that do could have a negative impact on the native wildlife, Sheriff Gudmundson said. Minks are meat eating predators, and those released were let go near a wildlife management area and wilderness preservation area.

When interviewed Tuesday morning, Gudmundson said many mink may have died due to the heat, lack of water and stress. At a farm nearby, 10 chickens were killed — presumably by mink.

The FBI was on scene on Monday, and Gudmundson says while the feds might be hesitant to call the event domestic terrorism, he is not. He called the group of people who released the mink "nitwits."

There were no security cameras on the premises, so investigators are following other leads, according to Gudmundson.

The sheriff's office is warning people not to approach loose mink because they might bite. If mink are spotted, call Lang Farm at 453-4750 so the animals can be recaptured by experienced handlers.

To report information on the crime, call the Stearns County Sheriff’s Office at 251-4240.