The rescue group Pasado's Safe Haven said it also is seeing a rise in overall cases of abuse and neglect. 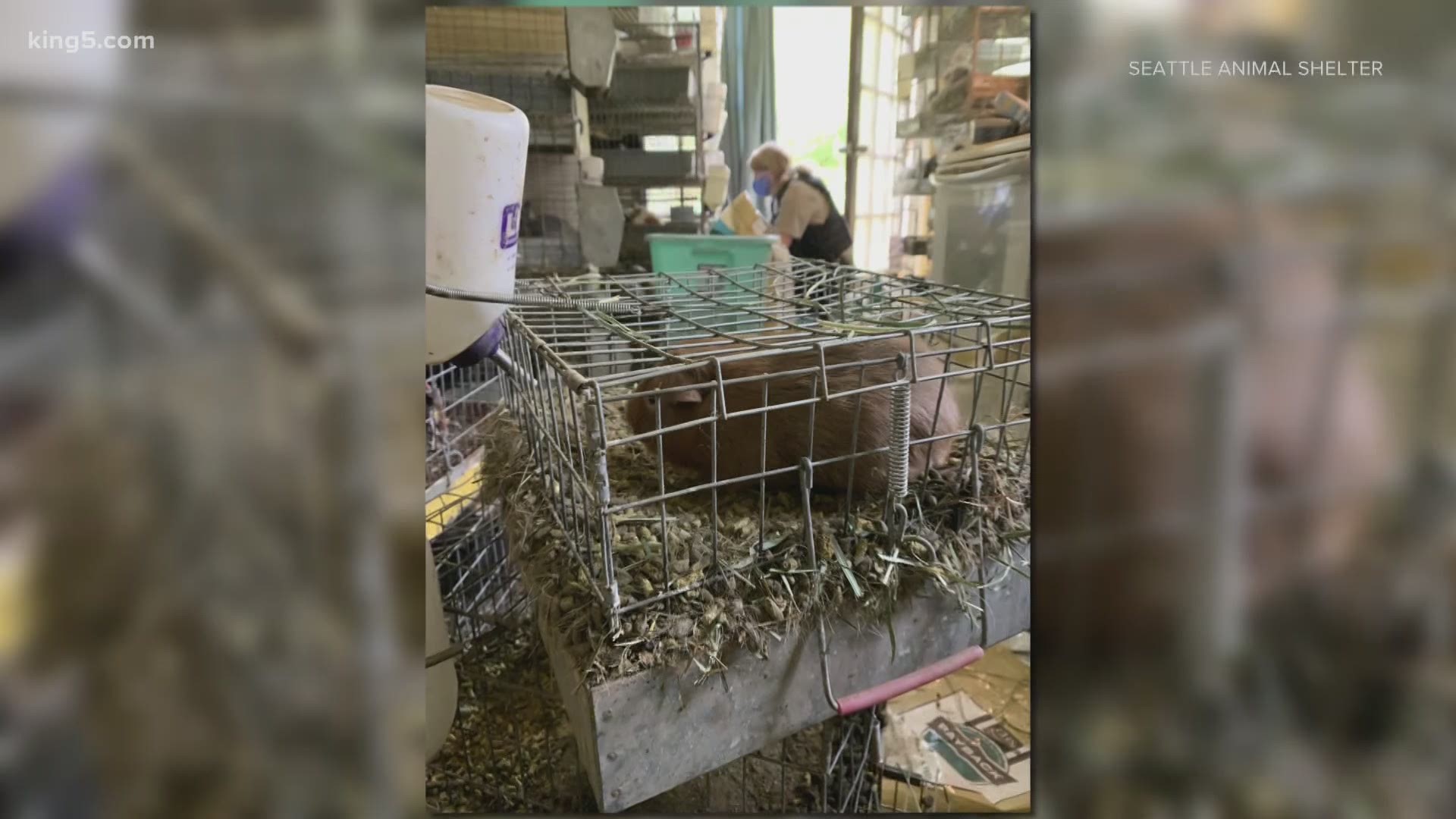 SEATTLE — There’s an alarming increase in severe animal cruelty cases this year, more than double previous years, according to the Seattle Animal Shelter.

The shelter has sent 27 cases to either City of Seattle or King County prosecutors in the first ten months of 2020, the shelter said. The past five years have averaged 12 cases.

The shelter could not say if there is a direct correlation between the COVID-19 pandemic and the uptick in animal abuse. But in situations where people and economies are stressed, as they have been this year, it's “not too surprising we would see a rise,” a shelter spokesperson said.

The rescue group Pasado's Safe Haven said it's seen a rise in overall cases of abuse and neglect.

“Some of it may be due to the fact that more people are home more of the time and are witnessing abuse or neglect and calling it in more often than before,” said Stacey DiNuzzo, communications director for Pasado’s.

Fifteen cats died. Those that survived are recovering and getting stronger every day, DiNuzzo said.

The Seattle Animal Shelter said it is seeing an outpouring of support for more than 220 animals rescued from a West Seattle home earlier this month.

The shelter said donors and the Seattle Animal Shelter Foundation have helped buy veterinary medical supplies, blankets, and other items the shelter needs to care for the animals, some of which are in very fragile condition.

They include 77 rabbits and 128 guinea pigs, plus chickens, mice, chinchillas, dogs and guinea fowl, the shelter said.

The shelter said it seized them from a property after someone tipped off investigators, who obtained a search warrant. Investigators found the animals in cages and boxes, malnourished and neglected.

There were also several dead animals.

Seattle police arrested a man at the property and the prosecutor's office said it expects to file animal cruelty charges shortly.