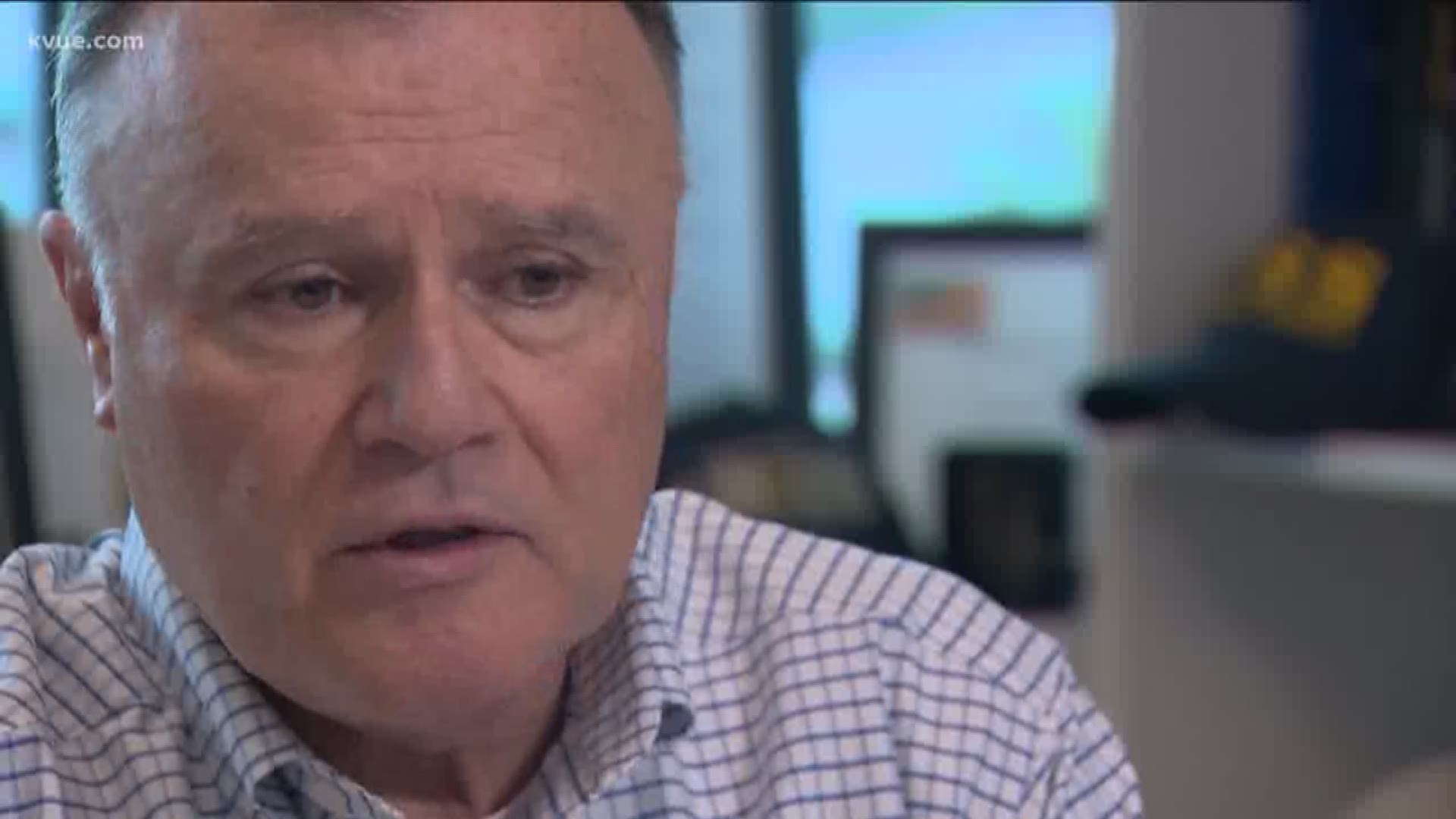 According to Stratfor, a global intelligence company in Austin, the two incidents show a concerning trend: that mass shootings are happening more in the U.S. and they are happening in smaller cities.

With the Pride parade coming up this week in Austin, Stratfor's Chief Security Officer Fred Burton said no matter how prepared local authorities are, these shootings should give them good reason to be very concerned.

"The Austin Police Department is a very well-trained and well-prepared police department," said Burton. "I don't think they have enough resources to combat the growth that's taking place in the city, combined with the never-ending special events. Those kind of worry me."

RELATED: 31 dead from 2 mass shootings in one weekend

Burton said Austin police and their federal and state partners have a plan in place, but the mass shootings should concern them.

"Then you're very worried about the events that have unfolded in Dayton and El Paso because of the copycat effect and the media surrounding this and the amplification of these events nationally and on social media, and if you have an individual that's sitting at home thinking about pulling off one of these events, that's where this kind of event, the Pride event, comes into play," said Burton.

Austin has experienced domestic terrorism before, as the incident in El Paso has been classified.

In November 2014, police said Larry McQuilliams went on a shooting rampage. He shot up Austin police headquarters and set fire to the Mexican consulate.

In his van, they found a map with 34 targets, but APD Sgt. Adam Johnson stopped him. While holding two horses with one hand, Sgt. Johnson shot and killed McQuilliams with the other.

"This town has been touched by this kind of violence," Burton said.

We also got Burton's thoughts about what it would take to affect any change on the national level. He said he has zero expectations the two incidents over the weekend will spark change.

He pointed to Sandy Hook as the prime example. He said murdering children wasn't enough to spur change in Washington.

Burton said the increase in mass shootings showed it was time to give federal investigators the tools they need to track down the bad guys before deaths occur – tools that already exist, but aren't used in the U.S. He warned that idea is not for everyone.

"Could the FBI benefit by having better technology? Perhaps even tools that the NSA uses to monitor al-Qaida and ISIS. Do we need those kinds of tools unleashed here in the continental U.S.? Well, that's going to drive a certain segment of our society crazy even thinking about that kind of concept," said Burton.

Burton pointed to the PATRIOT Act as proof that it took the 9/11 terror attacks for Congress to get that approved.