Seattle studying ways to cut down on traffic congestion and pollution

The study is still in the early phases 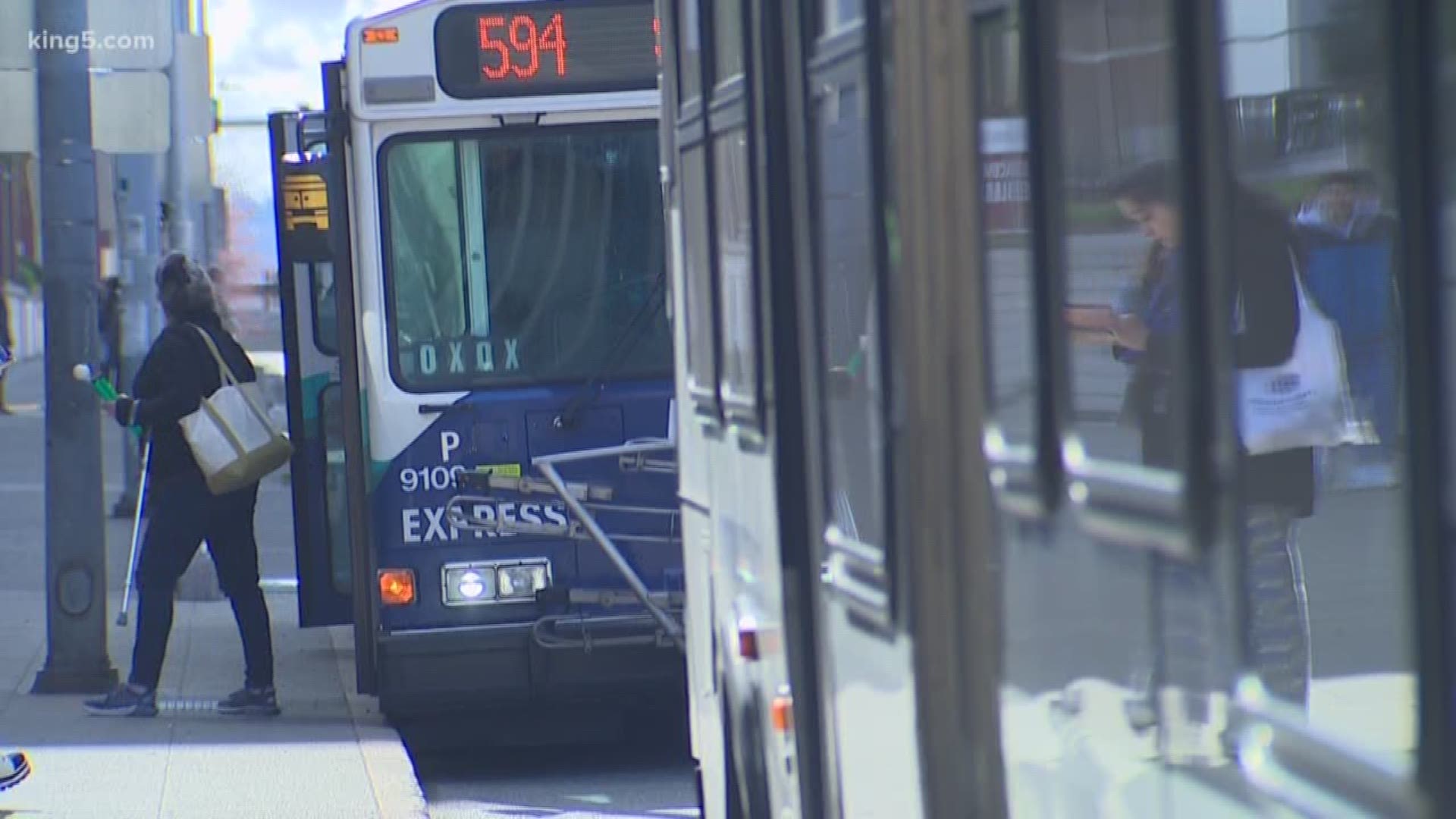 Editor's note: The above video is from a story on transit changes from March 2019.

The city of Seattle is looking to other big cities to study ways to cut down on traffic congestion, travel times and CO2 emissions.

City council is looking at places like Los Angeles, London and Singapore to study how congestion pricing would impact Seattle.

Congestion pricing is based on the idea that congestion comes with high costs to society and individuals in the form of climate pollution, traffic collisions and slower commutes.

The study is still in the early stages and does not go into detail of how Seattle would implement any given program.

However, the study did point to some early favorable programs.

In case studies cited by the report, each of the programs proved successful in reducing traffic, greenhouse gas emissions and travel times. The cities studied saw additional revenue coming in from these programs, the study said.

These programs were identified based on applicability to Seattle and their likely influence on equity, climate and health, traffic congestion and implementation:

Cordon Pricing: This method charges vehicles for crossing a boundary into a designated zone. It is meant to reduce trips into the tolling areas.

Area Pricing: This is a type of Cordon Pricing, but differs in that it captures more types of trips like ride-sharing withing a "zone." This method requires more infrastructure to pull off, but it is likely to offer greater transportation benefits and generate more revenue.

Fleet Pricing: This targets specific vehicle types like cabs or commercial vehicles, which could limit congestion reduction and revenue generation. Fleet pricing should be used in combination with Area or Cordon pricing, or used as an interim step.

Road User Charge: Charges are tied directly to miles traveled. However, technology is not advanced enough to support a full-scale implementation right away. Enforcement of this method could be a challenge, the study says.

The city is continuing to study privacy and equity concerns.

Nothing has been permanently decided with any of these programs. These are all preliminary findings.

Seattle voters would have to approve any proposed programs.