One of the most important salmon runs in the Northwest is facing a crisis. A rockslide last month has created a dam, preventing fish from swimming upstream. 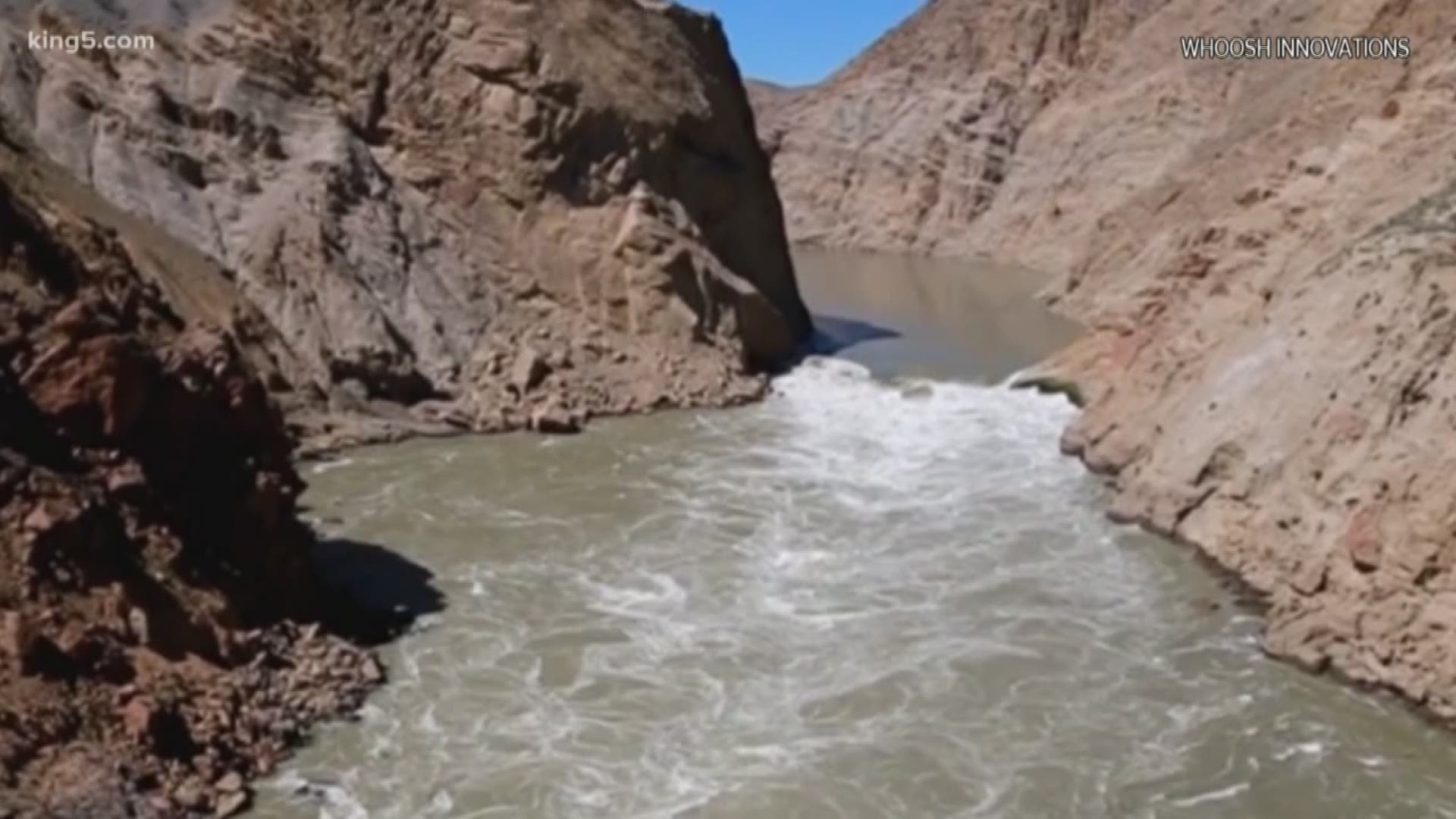 SEATTLE — A rockslide on the Fraser River has drastically changed the water flow of the river, impacting the ability for salmon to swim upstream.

The Fraser River is one of the Northwest's most vital stretches of salmon habitat.

"This slab over here has fallen down across the entire length of the river. So the water level above is 16 feet higher or 5 meters higher here. There is no hope for the fish to make it up anywhere along here where you see the wall," explained Whooshh Innovations CEO Vincent Bryan.

Whooshh Innovations specializes in getting salmon to hard to reach spots with a salmon cannon. Fish swim into a trap and then they're moved upstream through a tube.

Whooshh says it could move about 50,000 salmon over the Fraser River rockslide each day, which is a lot more than what they say is currently transported by helicopter operations.

"The day I was there, I think they caught 24 fish up to that point. This was early in the process and they have no doubt improved it, but I think there is a recognition by everybody on the ground that, if we are going to really save the run, we have to be doing a lot more than is being done today," Bryan said.

Fraser River is expecting millions of chinook, sockeye and pinks in the near future.

Southern Resident killer whales depend on the river for a major portion of their diet.

"If we don't do everything we can here, what we're really talking about for the fish and the people along the river, is devastation for probably decades," Bryan said.

Whooshh is in communication with government officials to possibly bring their salmon cannon to the rescue, but Bryan believes the process is taking way too long.

If the salmon are trapped, they'll die without spawning.

"This is something that can have an effect for years upon years after this," Bryan said. "Time is running out. That is the urgency here"