Saint Mark's Episcopal Cathedral in Seattle announced refuge for Jaime Rubio Sulficio so he may stay near his family and avoid deportation. 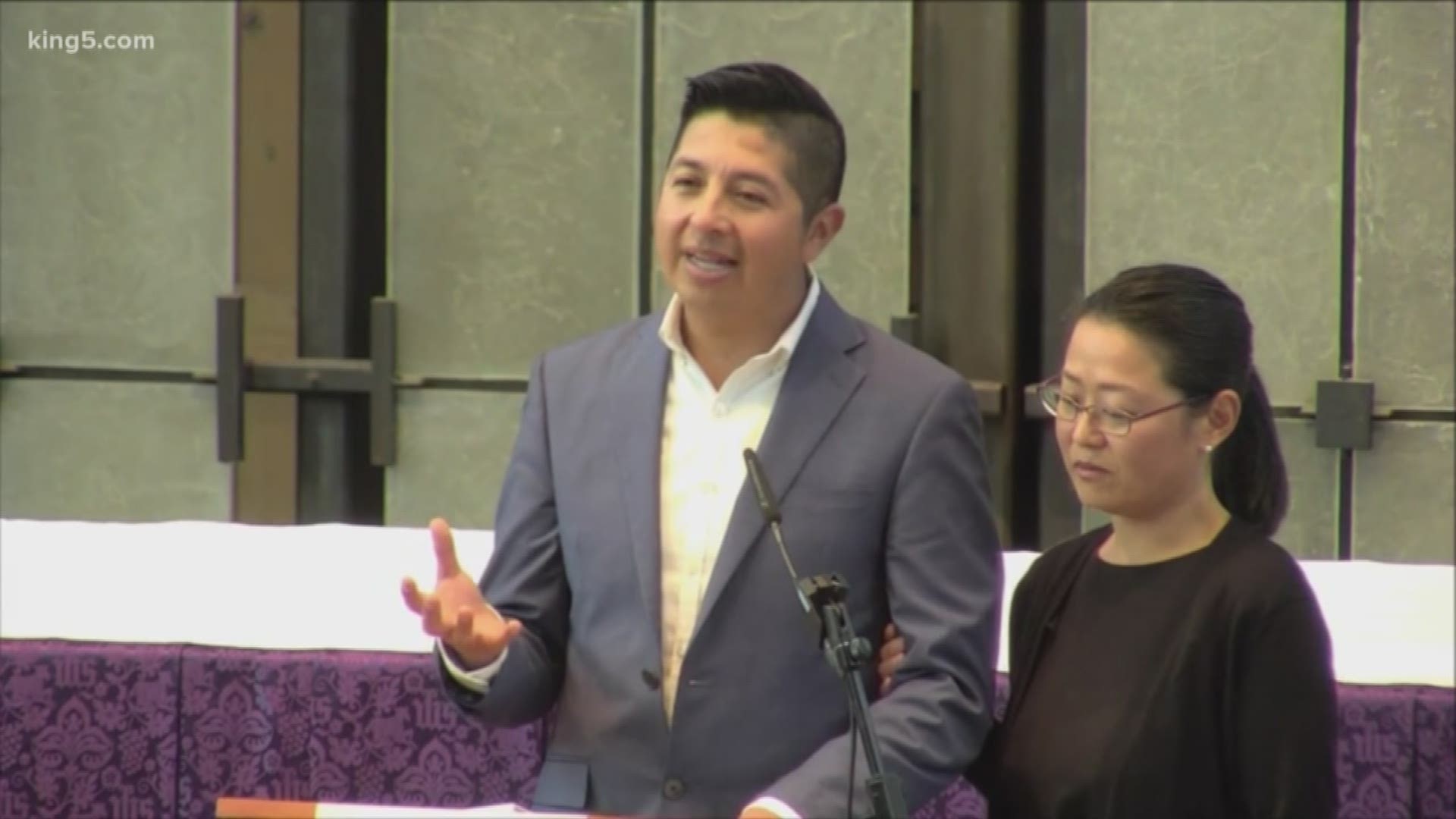 SEATTLE, Wash — A Seattle church has announced it will provide sanctuary for a man facing deportation so he may be able to stay near his family.

Thomason says Sulficio is a construction business owner, volunteer and an active member of his community.

By staying in the church and not at his home, the church hopes it would protect him from being deported to Mexico while he works with lawyers to seek a legal remedy to his immigration status.

Sulficio has a wife and 6-year-old son, both are US citizens.

His wife, Keiko, says the decision for Jaime to go into sanctuary was not easy, but the family went with that option so the family would be able to stay together.

"I am hopeful together that we can have a positive outcome for Jaime and our family," she said.

Rev. Thomason says Saint Mark's will stand with Jaime until he can return to his family's home and restart his construction business.