'It gives me chills': Seattle athletes react to pro sports demonstrations against racism

Donald Watts, who played for UW, and Val Whiting, who played in the WNBA, talked about what this week's movement means outside of the arena. 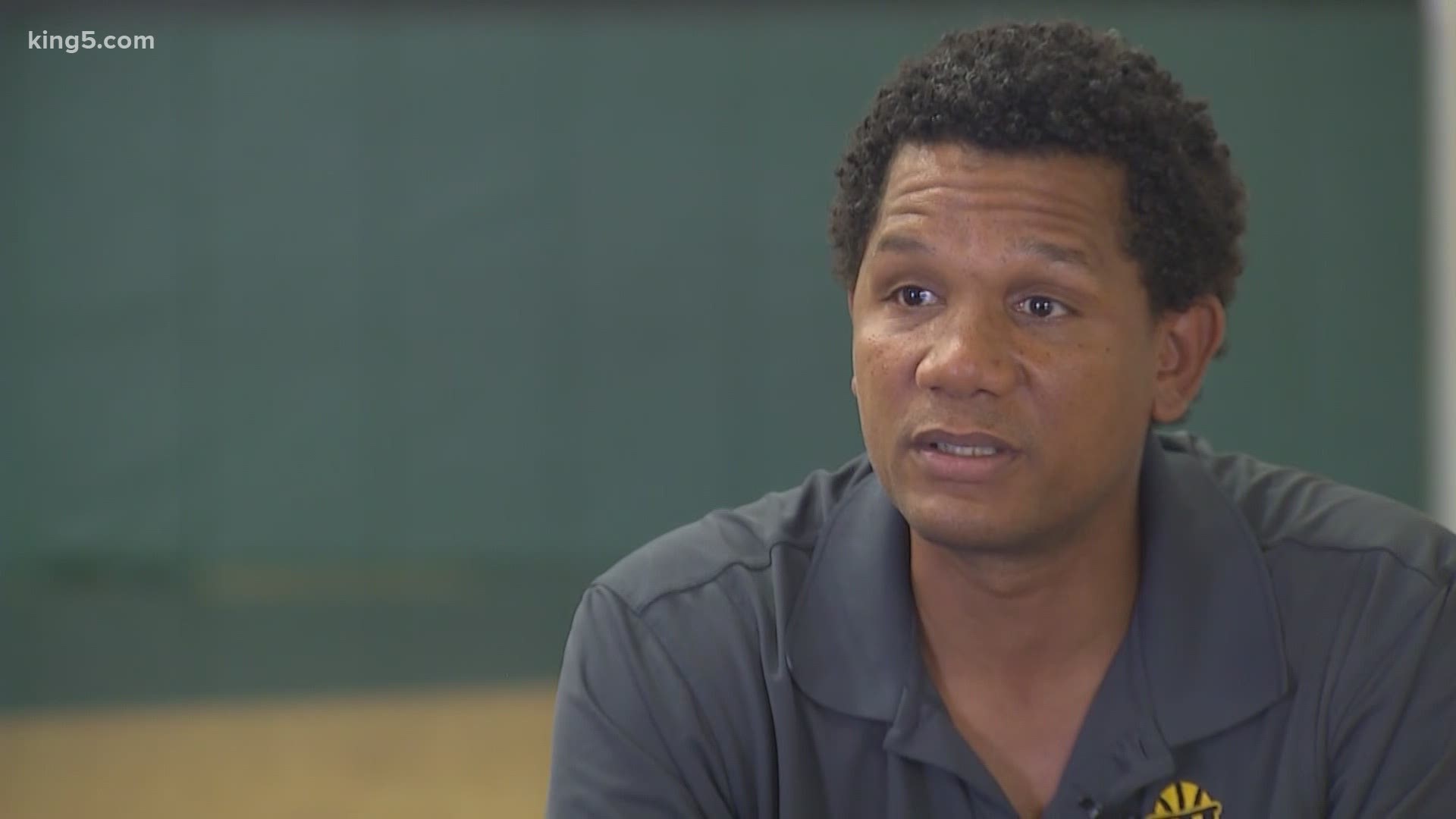 SEATTLE — In an extraordinary week, players across sports and leagues are choosing not to play and are taking a stand against racism, something their spectators cannot ignore.

“Those basketball players are human beings and human beings have concerns,” said Donald Watts, who was a star player for UW and later played professional basketball overseas.

Watts, who now trains young athletes at Watts Basketball in SoDo, said the current movement in pro sports is unlike anything he’s seen. His dad, known as 'Slick' Watts, played for the Seattle SuperSonics from 1973-1978.

“There's a lot of people outside of the Black community who are starting to say ‘enough is enough,’ and feel that pain, and I think part of it is because it's being expressed in a way that's real and authentic,” Watts said Thursday.

“In our country, in our world, celebrities have power,” said Val Whiting, who played in the WNBA in the '90s, and now coaches children in the Seattle area.

Whiting said players can reach an audience who might not listen to social justice messages from others.

Watts said anyone inconvenienced by the postponement of games should consider what could come of this week’s demonstrations.

“At the end of the day, the basketball players who are entertainers said ‘hey, entertaining you is not as significant as what's going on in our communities and we need some real change,’” he said.