A seal is recovering at the Vancouver Aquarium after she was found stranded with 23 birdshot pellets in her head. Her prognosis for recovery is still unknown. 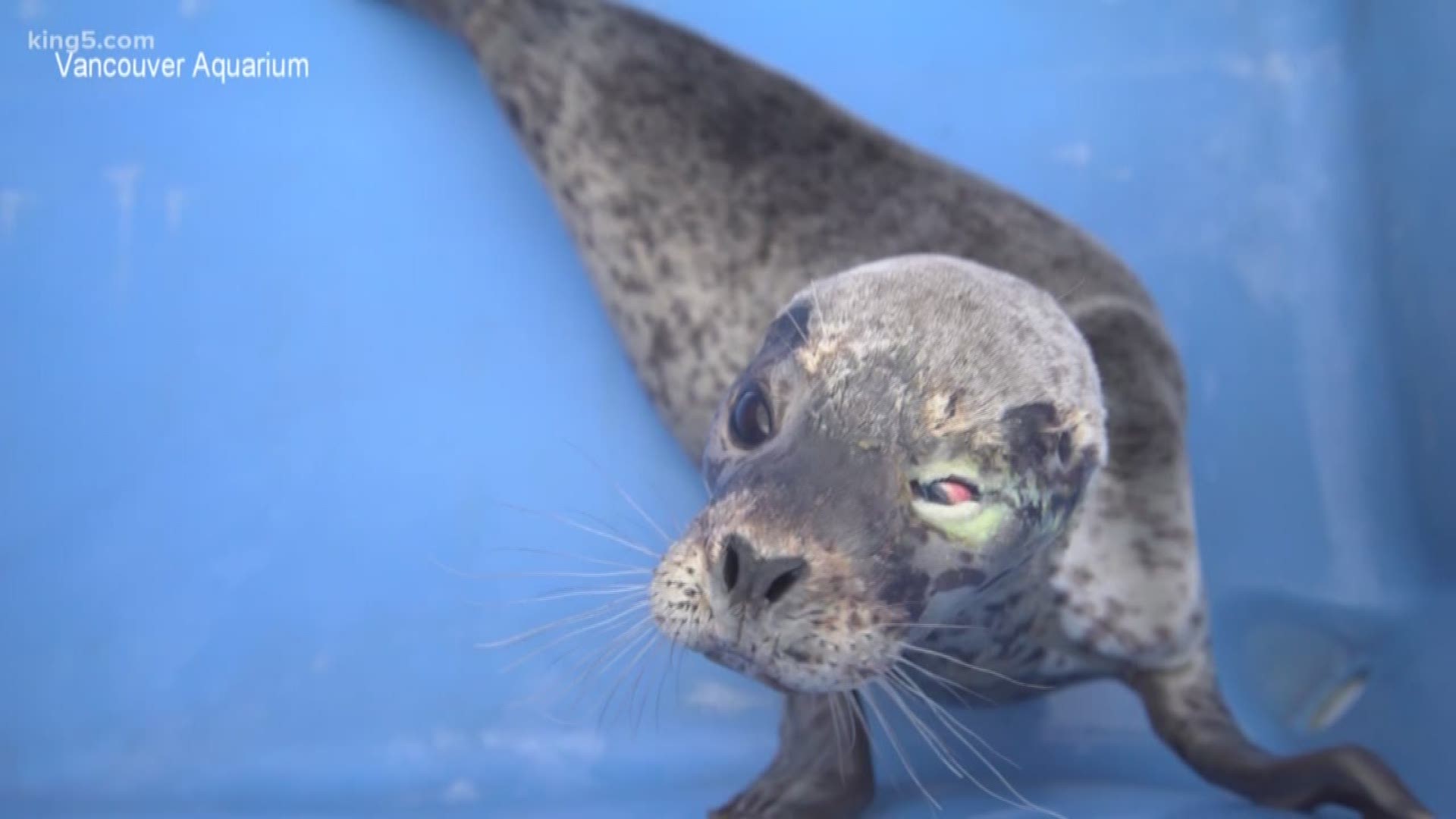 A young harbor seal was found weeks after her injury when she was finally found stranded near death, with 23 birdshot pellets in her head. She was discovered emaciated and lethargic as crews rescued her from a Kitsilano beach on February 18 and transported her to the Vancouver Aquarium.

"We suspected, unfortunately, a gunshot and radiographs confirmed that right away," said Dr. Martin Haulena.

Haulena reports that the seal has a long road ahead for recovery. She's not alone. His team also worked on a seal shot by a fisherman in Puget Sound during a salmon derby. She was recently released around the San Juan islands but without one of her eyes.

RELATED: Watch seal return to Puget Sound after recovering from being shot

This seal is also blind in one of her eyes and losing sight in the other.

"Birdshot will not kill a seal but it will cause a lot of damage and a lot of suffering and that is a real problem," Haulena said.

The seal is one of more than a dozen pinnipeds shot in the Salish Sea since late last year.

"That's a lot of birdshot pellets to be in your head and the fact she has survived to this point is incredible," said SR3 Executive Director Casey Mclean.

Mclean did many autopsies on the sea lions shot last year.

"Every day it was a new animal almost, so that was extremely difficult and very disheartening to see so many at once," she said.

Seals and sea lions have become the target of debate over salmon recovery recently, as they compete for food with the starving Southern Resident killer whales. State and federal wildlife officials have testified that killing the marine mammals may do nothing at all to help salmon and could even have unintended impacts.

"Shooting a seal or a sea lion is an absolute animal welfare issue. This animal was suffering for many weeks by the time she stranded in an area where we could get to her. She would’ve died a very slow and painful death. It’s just not a humane thing to do by any stretch. The other side of it is, why? This is a young harbor seal. It’s a normal part of the ecology in the Salish Sea. Seals have rebounded since a cull in the 70s and 80s to historic numbers but those numbers are now stable," Dr. Haulena said. "So, we've got an animal that is an important part of our ecology because it forages on a number of different fish, salmon included, but also fish like hake which are predators on salmon. In turn, it is a prey item for things like transient killer whales, so these animals are important."

Sea lions and seals are protected by the Marine Mammal Act. The fine for killing a sea lion can be up to a year in prison and penalties of up to $28,520.