The organization is focusing on cities outside of Seattle, like Kent, Auburn, and Renton, where there's been an increase in people living on the streets or in cars. 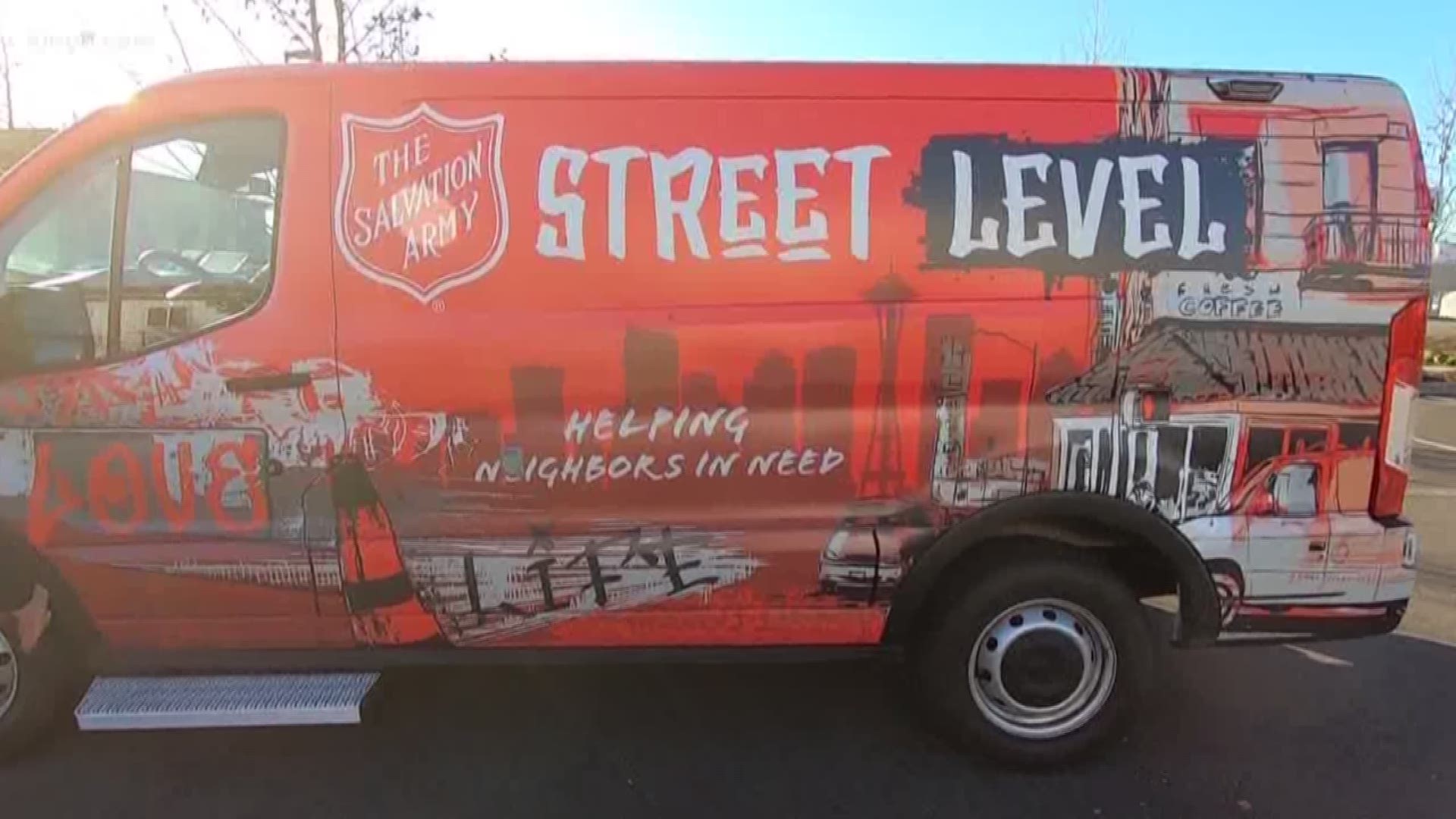 AUBURN, Wash. — The Salvation Army said an effort to get Washington's homeless population into permanent housing is showing surprising success.

The organization is focusing on cities outside of Seattle, like Kent, Auburn, and Renton, where there's been an increase in people living in their cars or on the streets.

“It's just going out and trying to meet and greet as many of them as we can find out here,” said Tina Lewis, program manager for Street Level, an effort King County helps fund.

Each Tuesday, she drives a Salvation Army van along side streets and through parking lots in Auburn, accompanied by an Auburn police officer.

Their goal is to build relationships with people who are living in their vehicles and try to connect them with affordable housing and jobs.

“I’m just bound and determined to help as many of you guys as I can,” she told one homeless man.

Southwest King County was the only part of the county to see an increase in homeless people during the last official count in January. Many of them call their vehicles home.

“It's no fun freezing every night, no fun at all,” said Daniel Reed, who has been living in a van in an Auburn Lowe's parking lot.

He said he works part-time, but when he struggled to pay the rent, he just kind of gave up.

“You just get yourself convinced that housing is out of reach for yourself and pretty soon you're living in a van thinking it's ok. But it's not ok, it really is lousy,” Reed said.

Lewis gave him her number and agreed to meet him the next day to start hammering out a plan.

“If I get just a little help with it maybe I’ll get off the street here and, God, that would be a real blessing,” Reed said.

The problem Lewis and her team run into, though, is that what’s considered "affordable housing" is still pricey.

“There is a spot over here in the Kent area where, I know it may sound drastically high, the rent is $1,203 a month, but that’s all your utilities included,” she explained to a man who was living in his car.

She said they don't stop until they find a way. Maybe someone needs a full-time job. Maybe there's a cheaper place beyond King County.

“If it wasn’t for these people, nobody came knocking on my door, you know, even when you go to the food banks and stuff they don't have the assistance like these guys are able to offer,” said Ivy Neuhausen, who was living in a travel trailer early last year when Lewis showed up.

Neuhausen now has her own apartment and works as an assistant in the kitchen at the Salvation Army William Booth Center.

RELATED: Up to 40 tiny house villages allowed in Seattle after council approval