A report says that the Trump administration plans to end deployments in June, just short of when National Guard members would qualify for federal benefits. 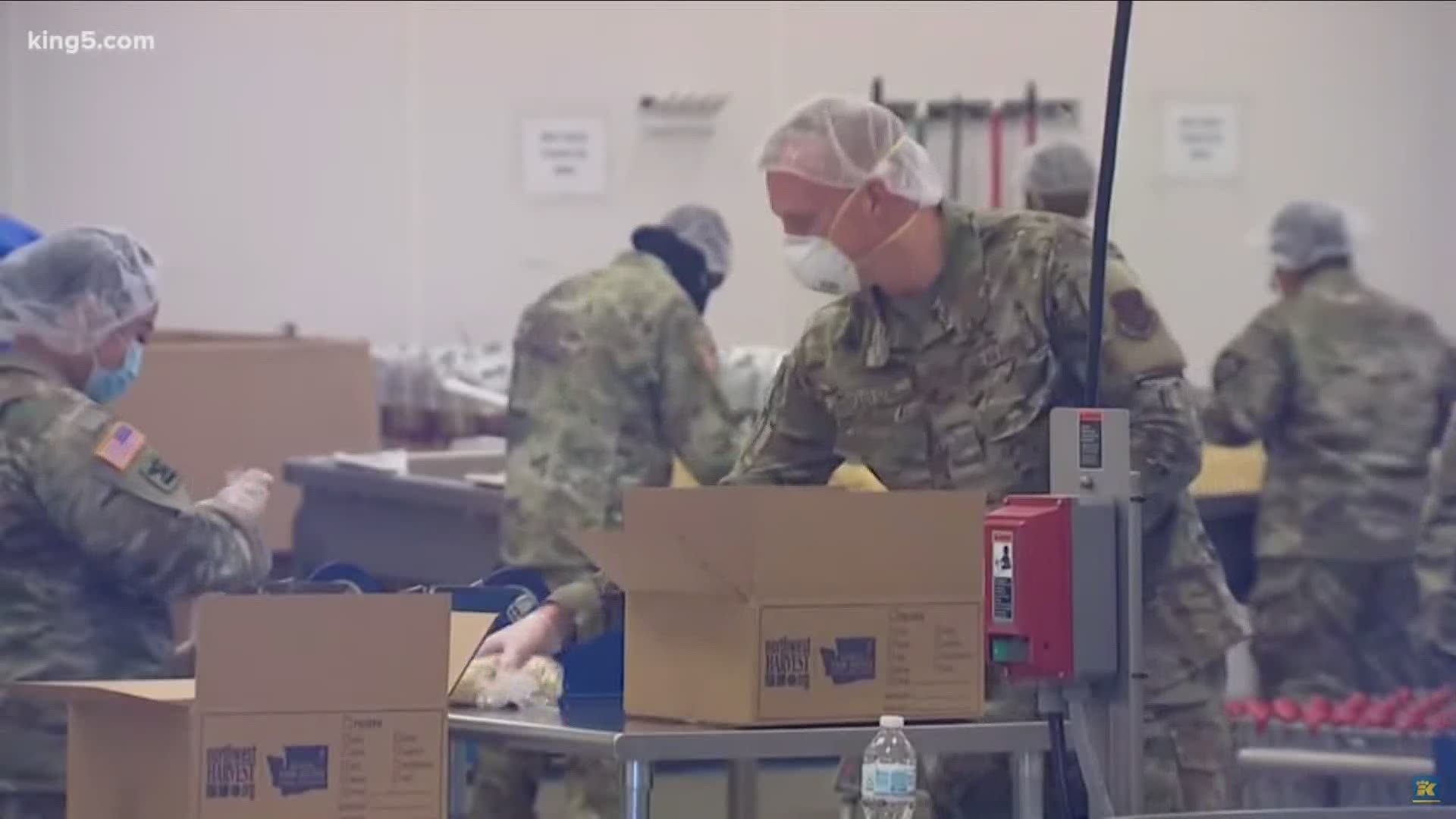 Despite nearly 1,300 Washington National Guard members working on the front lines of the coronavirus response, there's growing concern that they might not get federal benefits for their efforts.

National Guard members who deploy under federal orders for at least 90 days are entitled to early retirement and money to help pay for a college education.

But Politico reports the Trump administration is planning to end deployments in late June, right before that 90-day mark, meaning thousands of National Guard members across the country would not get benefits.

About a quarter of them started in late March and would hit the 90-day mark in late June, a Washington National Guard spokesperson said.

They and the others who started later would all miss out on early retirement and education benefits if President Trump decides to end deployments in June.

Inslee said he discussed the situation with the state’s Congressional delegation.

“I assume the administration is going to be hearing a lot from a lot of people about this subject,” he said.

The Washington National Guard said it's working with members of Congress to try to get the federal deployments extended.

A National Guard spokesperson told Politico a decision to extend deployments could be made in the coming weeks.