Construction to protect Owen Beach from rising sea levels is expected to be done next year. 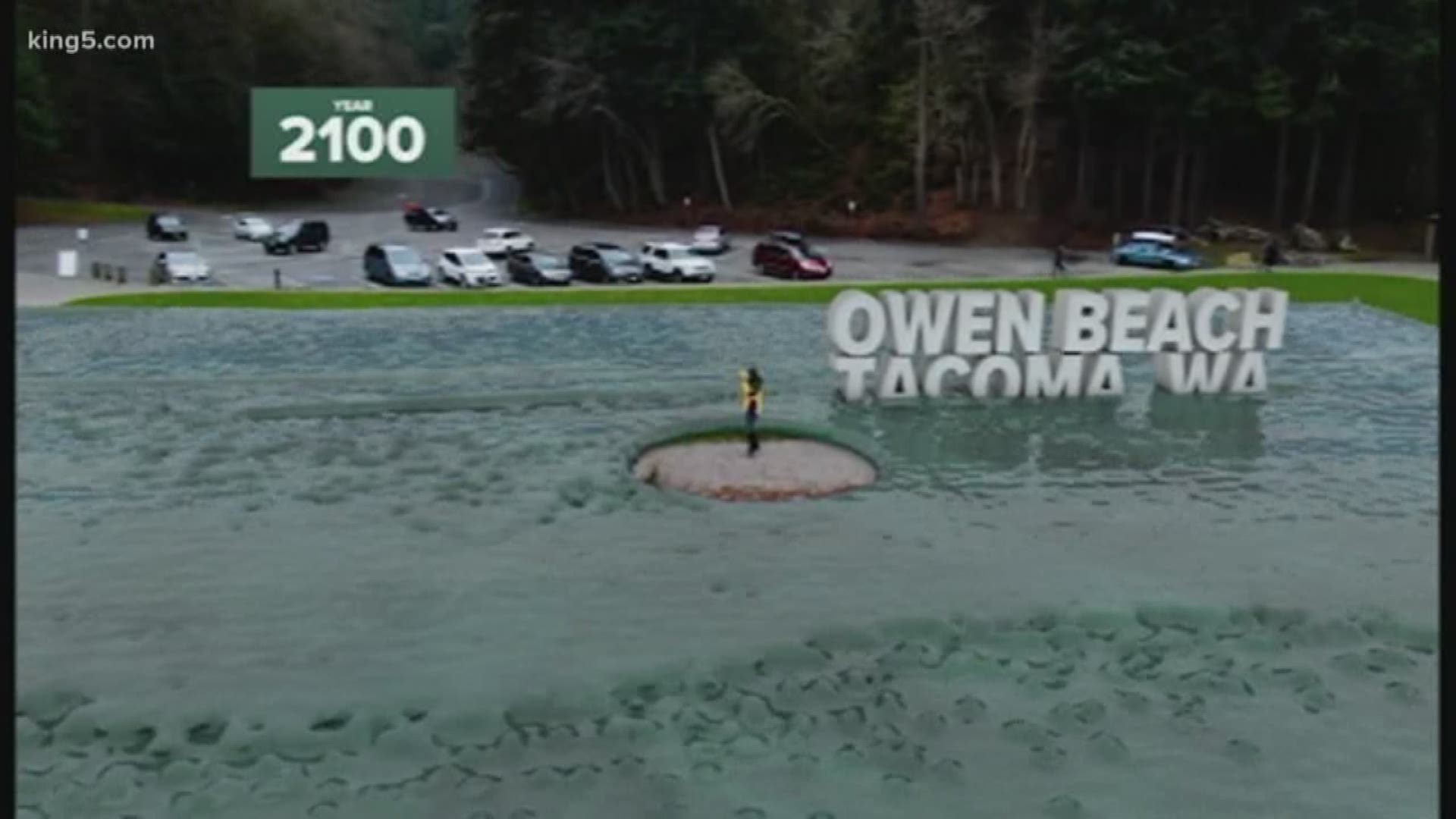 Editor's note: The video above on a planned re-design of Owen Beach originally aired in February 2020.

Construction is underway to redesign Owen Beach in Tacoma to make it more resilient against rising sea levels.

The construction phase of the project began in February and is estimated to be completed in mid-2022.

In 2020, KING 5 first reported on the Owen Beach project, which was designed based off University of Washington research that shows the global mean sea level rise is projected to be about 2.8 feet higher by 2100.

At Owen Beach, by the end of the century scientists expect the water level to rise 3 to 4 feet, according to Marty Stump, the chief of planning and development for Metro Parks Tacoma. With storm surge and wave run-up, the water level rise could be in the 5- to 6-foot range.

To guard against these changes, Metro Parks Tacoma is moving the beach and parking lot back, raising the ground higher and building new promenade walkways, new restrooms and a pavilion. Stump previously said the beach will have more naturalized planting to soften the impact of sea level rise.

The sea level is rising due to warming oceans, which causes the water to expand, as well as land-based glacial melt.

Tess Hawkins Wagner and Jordan Steele contributed to this report.