The Washington State Department of Natural Resources is basing an air tanker, along with other aircraft, at the Olympia Airport. 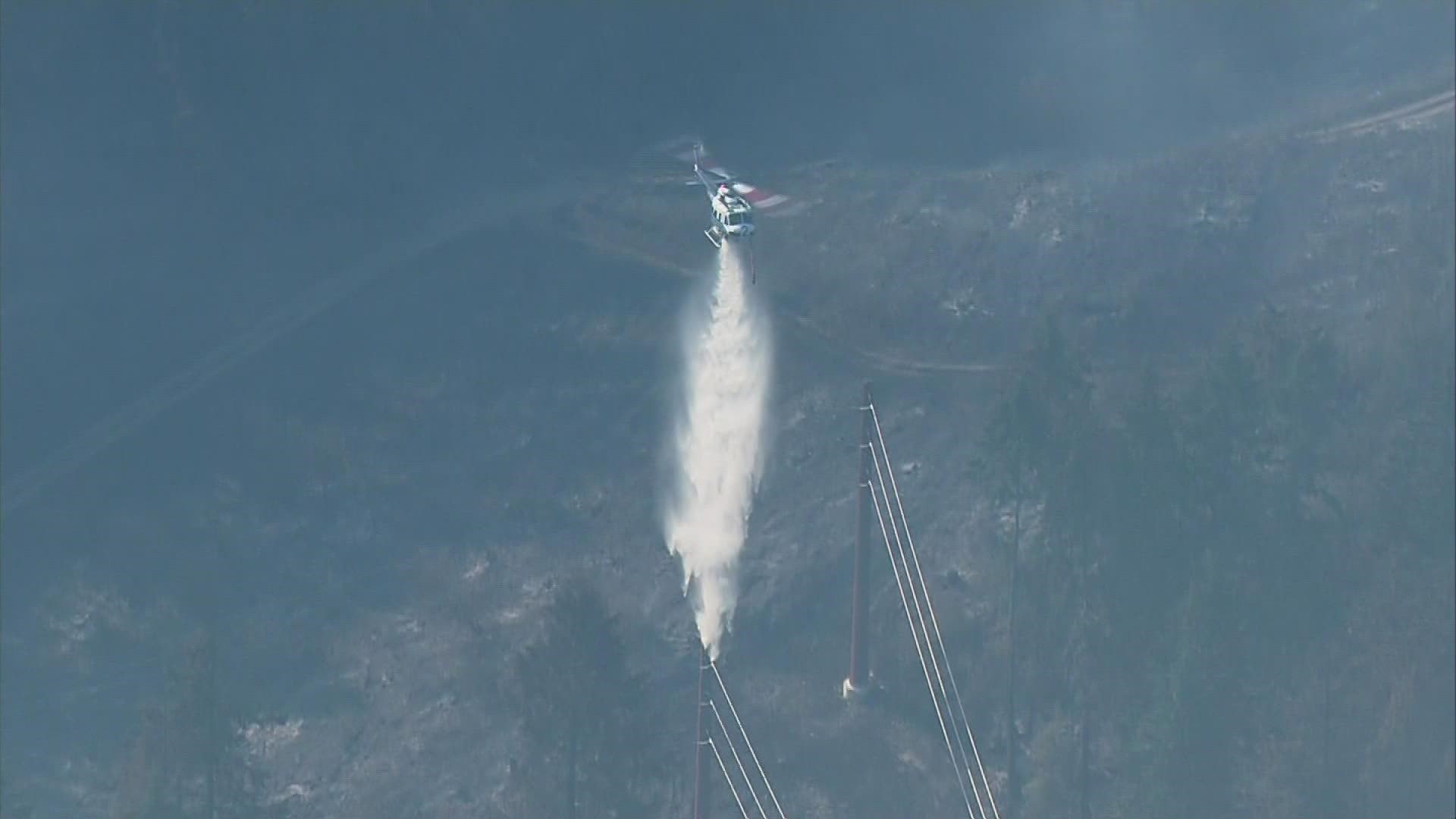 About one-third of the 1,600 wildfires reported in Washington state started west of the Cascades.

Now, for the first time, the Washington State Department of Natural Resources is basing an air tanker, along with other aircraft, at the Olympia Airport so crews can fight those fires on the side of the state that’s most associated with rain, but where summers have become drier.

Labor Day week of 2020 saw a 20,000-acre fire in the Gifford-Pinchot National Forest that didn’t receive nearly as much media coverage as wildfires in Oregon that burned through entire neighborhoods and into the greater Portland metro area. Other fires, including the Sumner Grade fire in Pierce County, burned two homes, damaged others and threatened even more in and around Bonney Lake. All of these fires were west of the Cascade Mountains.

Neves said 40% of the land his agency is responsible for is considered urban/wildland interface, meaning homes are in and among trees, forests and other wild lands. He said knowing his agency can now call on tankers from this base is a relief.

“If I can get air on an initial attack, I can keep the small fires small,” Neves said.

It’s not just that planes, including a Department of Natural Resources-owned Huey helicopter and two Fire Bosses are available from the base, it’s that the base is now equipped to load all of those aircraft, including a Q-400 turbo prop tanker. The Q-400’s tank can hold 2,650 gallons and make multiple drops. Fire Bosses are firefighting aircraft that are basically crop dusters on floats that can skim and reload water from lakes.

Public Lands Commissioner Hilary Franz, who leads the Department of Natural Resources, said funding provided under what’s referred to as House Bill 1168 helped pay for the base. The airplanes are under contract to the State of Washington and are shared with other states, but Washington has the first call. The contracts are a priority for Franz who said because Washington’s fire season tends to trend later than California, Oregon and other western states, resources are often already committed elsewhere, shorting Washington when the worst of fire season really takes off.

Fire season in Washington expected to run for another five to seven weeks.