A world away from home, Idaho's Bob Long did the unthinkable. 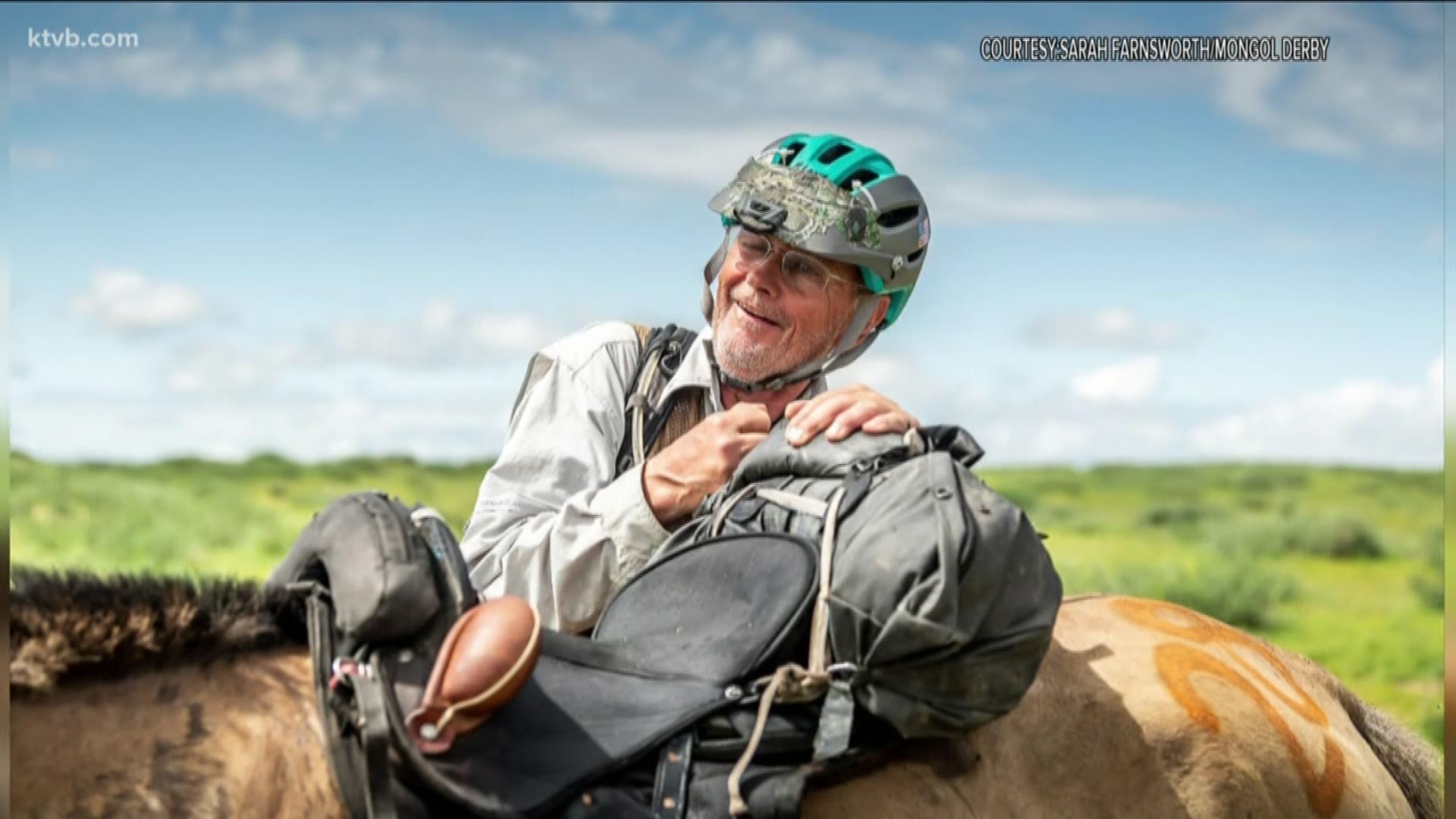 BOISE, Idaho — A world away from home, Idaho's Bob Long did the unthinkable.

"It's nothing, you just ride 650 miles on a death march," he explained with a laugh.

Early Wednesday morning, Long crossed over the finish line of the Mongol Derby, a  1,000-kilometer horse race that pits riders against each other and against Mongolia's torrential rain, burning temperatures, and harsh terrain.

At 70 years old, the Boise resident is the oldest competitor to ever take the top place, beating out a talented group of riders from across the globe.

Billed as "the longest and toughest horse race in the world," the Mongol Derby features a team of native Mongolian horses for each rider, galloping across the steppe. During his seven-day race, Long changed horses 28 times, all while meeting locals who said they recognized Bob as a truly instinctive horseman.

An excited crowd cheered Long on as he crossed the finish line, then drank a traditional, celebratory milk drink.

1 / 36
Sarah Farnsworth/Mongol Derby
Bob Long of Boise is the oldest person to ever win the 1,000km Mongol Derby.

Long's daughter, Briana Gordon, told KTVB her dad has spent a lot of time working with horses and riding Extreme Mountain Trails, but had never raced professionally before the Mongol Derby.

"His quote is, 'I would hate to think I can't,'" she said. "He spent pretty much his whole winter down in Arizona running through the deserts, running horses as long and hard as he could to prepare."

Gordon, along with other family and friends, followed her father's progress throughout the race using the online GPS tracker that all the riders are connected to. The time difference between Idaho to Mongolia had her checking in at odd hours.

"So for 7 days now, I wake up in the middle of the night, roll over and check his status," she said.

Gordon and her family have only been able to have limited contact with the now-champion horseman, but she said she can tell how proud he is just by watching clips of the post-race ceremony.

"Pretty overwhelmed emotionally - a lot of emotion, you could tell," she said. "He looked tired but really happy. Big smile."

Long will spend a few days in Dubai before heading back to Idaho next week.