No one injured in a fire that broke out Friday night. 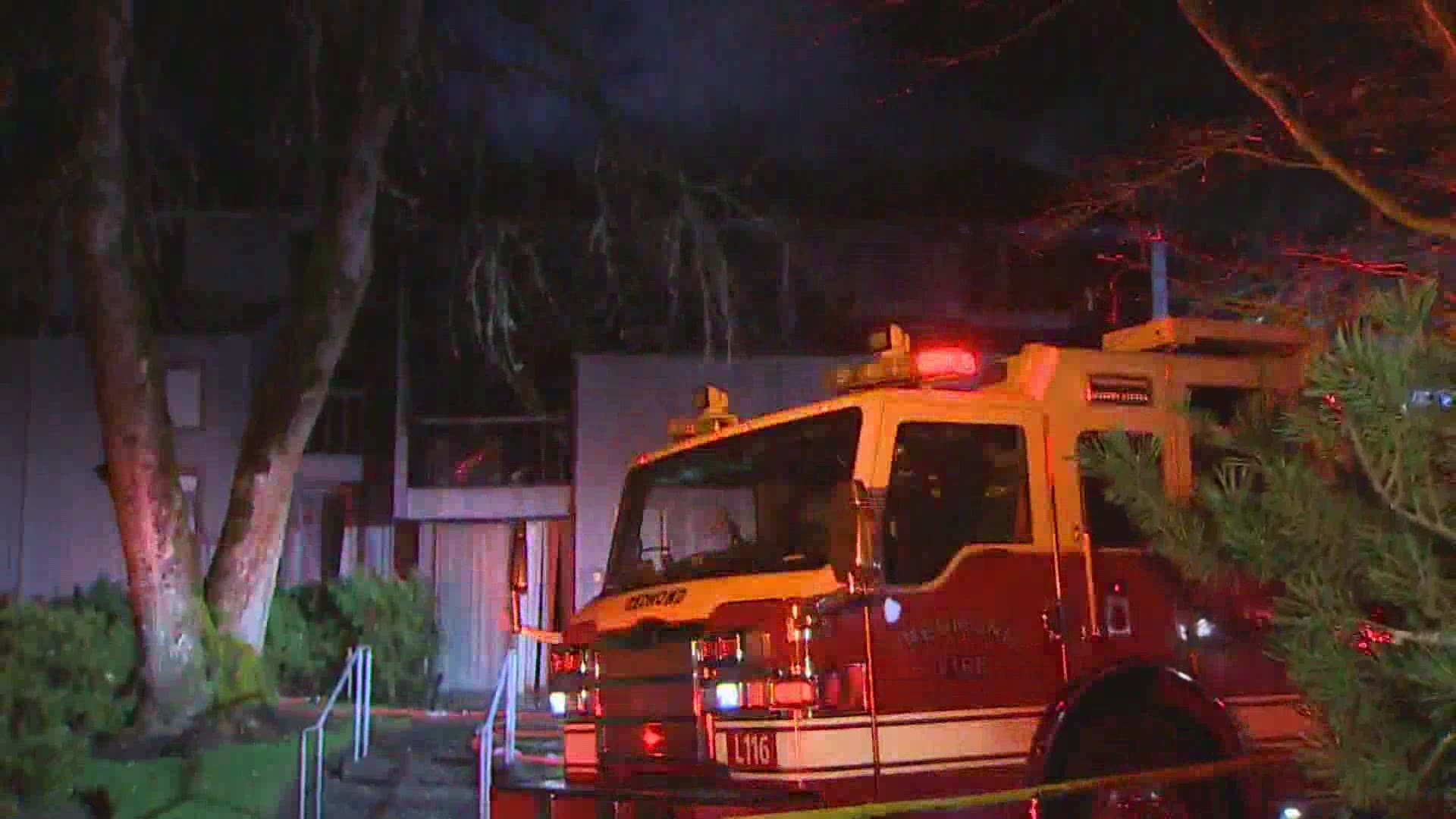 REDMOND, Wash. — No one was injured when a fire broke out at a condominium complex in the 6400 block of 139th Avenue NE, the Redmond Fire Department reported.

Fire fighters from Bellevue, Kirkland, Woodinville and Bothell, assisted with the two-alarm fire, the Redmond Fire Department reported. In all, 66 firefighters responded.

Redmond reported that the fire appears to have started in a condo and spread to two adjacent units. The cause of the fire is yet to be determined and fire investigators are on-scene.

Firefighters told KING 5 that the fire has been persistent because of the complexity of the structure, forcing firefighters to go into the walls to put out of the flames.

According to Redmond Fire, a seven-year-old woke her family up to tell them that there was a fire in the house. They were all able to get out.

The Redmond Fire Department reported that four units have fire damage, four units have water damage and people residing in eight apartments have been displaced. The Red Cross will be called to assist the families.

A resident of one of the condos arrived at scene and reported a pet cat possibly needing rescue. Engine 108 entered the unit and found the frightened kitty perched safely above the standing water. They were able to get it into its crate and reunite it with its grateful owner. pic.twitter.com/kZlBoHDIQI 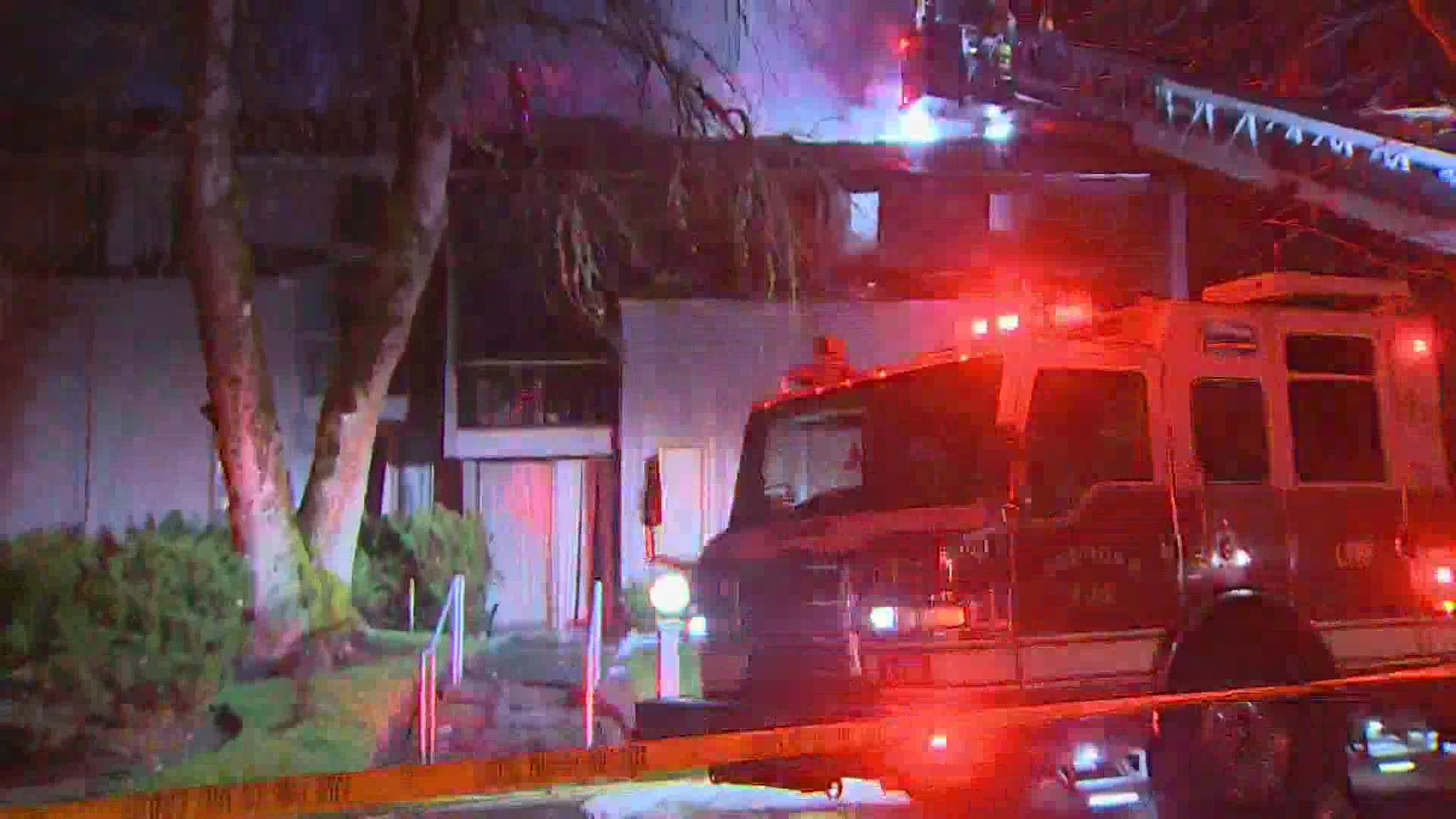